Where can you find fun in the sun, a Mayor who bartends at a local spot and Trop Rock music? 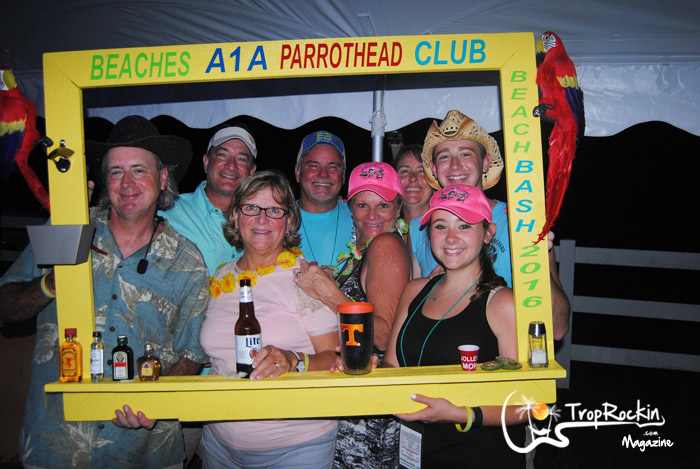 Friday begins with John Farrell (President of A1A PHC) and the Fernadina Beach Mayor, John Miller, welcoming everyone to enjoy the event and the town as we all raised funds for the Alzheimer’s Association. 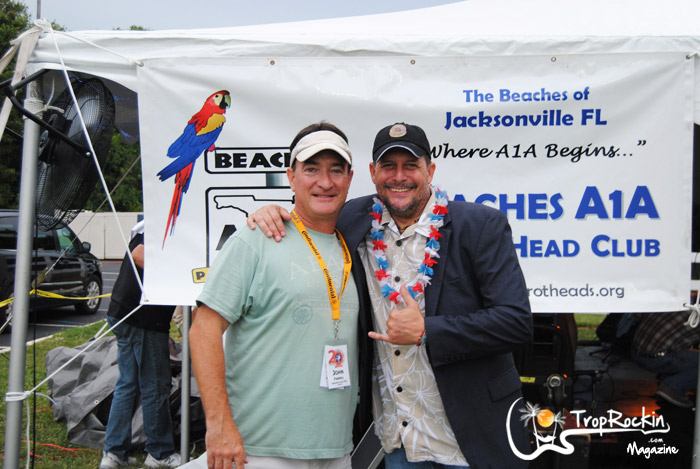 The Mayor read a letter from his counsel welcoming the event and Parrot Heads, promising to have a safe “party with a purpose” and even offered a one time “get out of trouble pass” by just saying “Johnnie said it would be OK this time.” The feathers were shaking as the crowd let out loud whistling and big cheers for this wonderful Mayor. I heard many of Parrot Heads laughing as they mumbled “This Mayor has no idea what he just did!” 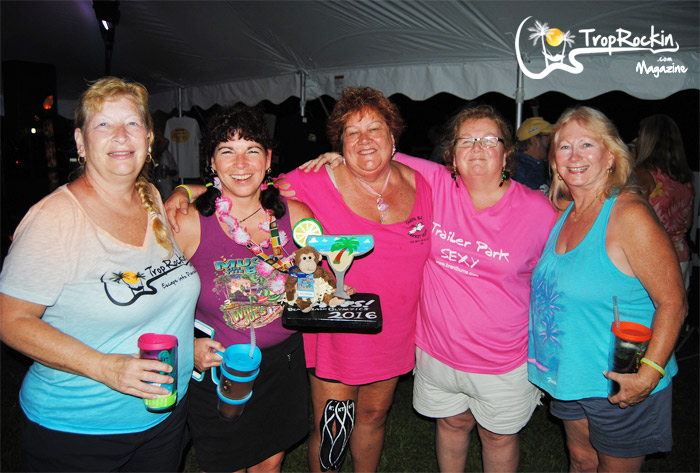 A moment to morn the passing of Jim Morris, lead singer of the scheduled band to play that evening, the crowd was full of hugs and salty drops as everyone agreed “a talented good man has gone to the Cosmic Magician in the sky way to early.” The Trop Rock world is a small community and it sticks together like varnish to an old guitar. Stepping up from a scheduled solo spot, Jack Mosley gathered his band and filled in for the Jim Morris and the Big Bamboo Band.

Jack took the stage laughing and reflecting on the “Get Outta Jail Card” moment in the Mayor’s speech. Jack and the guys took us on a journey of Trop Rock favorites from artists past plus gave us a pretty gracious amount of Jack Mosley originals. Jack kept us in song and laughter as he shared the little stories behind the songs or how a song came to life. One song Jack rarely plays live is “Symphony of the Sea” but when the band plays the melody and Jack tickles the strings of his guitar, it is a moving moment. Jack left the stage with a warm, heartfelt thanks to the crowd for having him fill-in for his old friend.

Saturday morning starts with mimosas and a quick shirt-check by Capt. Mike “Big Kahuna” Peacock checking to make sure all the “Big Kahuna’s Bocanuts” were ready for the Parrot Head Special Olympics. Our team was a collaboration of Space Coast, Sarasota, Tampa Bay, Phun Coast, Villages and Central Texas Parrot Head Clubs! Six teammates are needed for Chair Volleyball (one cheek must remain on the seat), two teammates for Cornhole Toss, Ladder Toss and Ball Pong Toss which were all being performed with a great winning out come. 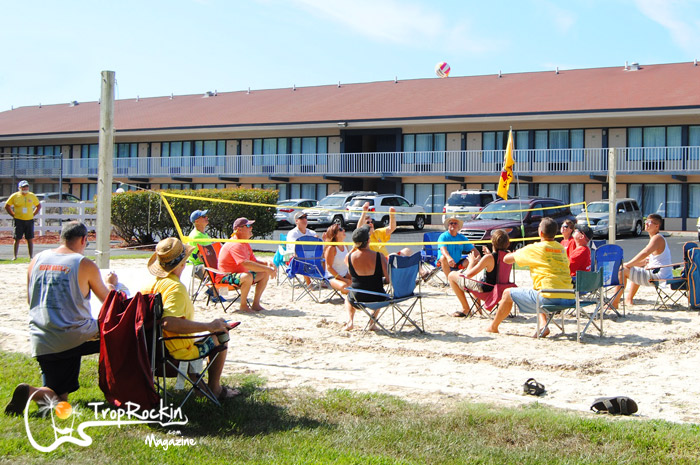 Mike Peacock’s team of “Big Kahuna’s Bocanuts” representing Tampa Bay PHC came in first place and donating the winnings back to A1A PHC’s charity, the Alzheimer’s Association. The team’s “MVP” Fannie Gilbert (CTxPHC) and Dorothy Blevins (President of TBPHC) received the margarita decorated trophy to take back to Tampa. The host team A1A PHC came in a close second followed by the tough to beat Savannah PHC. All teams, coaches and referees showed great sportsmanship all in the name of charity. 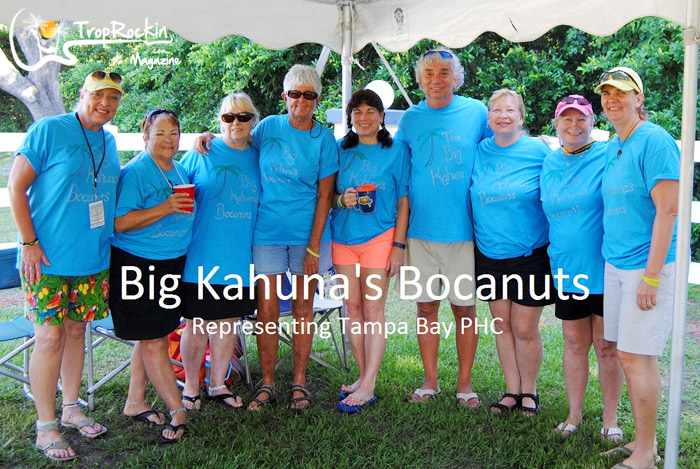 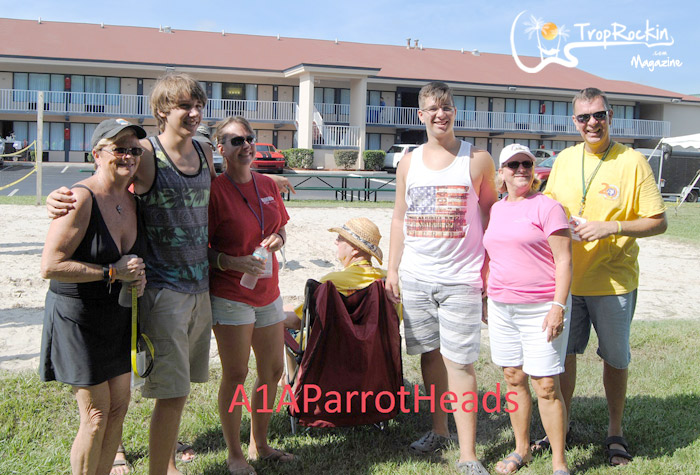 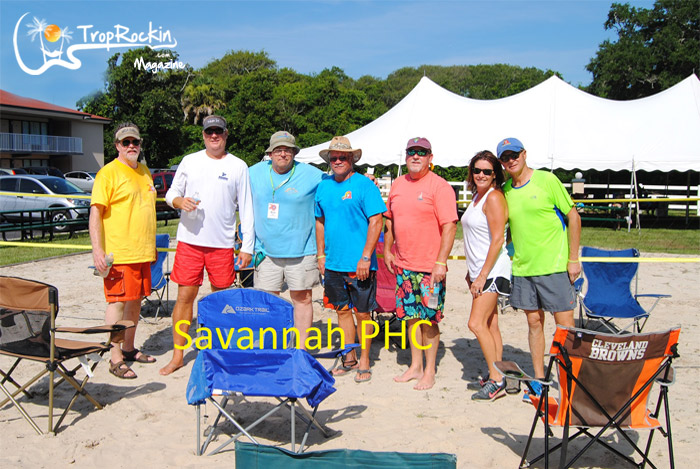 Entertainment poolside was such a delight to all the Olympiads and their fellow noon O’clock risers as Brent Burns pulled out his merchandise and played his music. The crowd was dancing in the pool, on the deck and under their shaded easy ups. 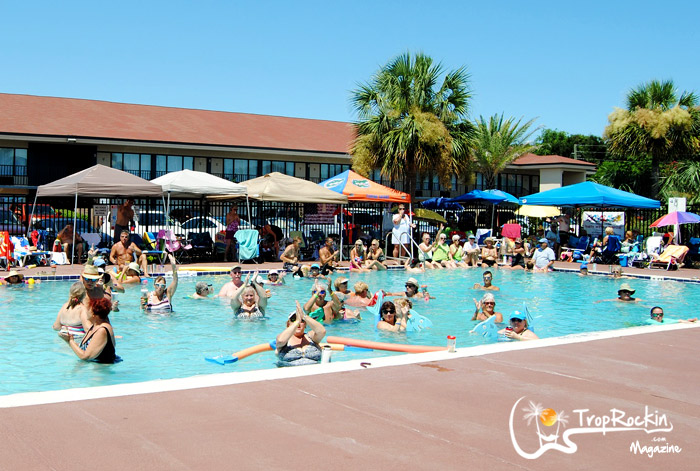 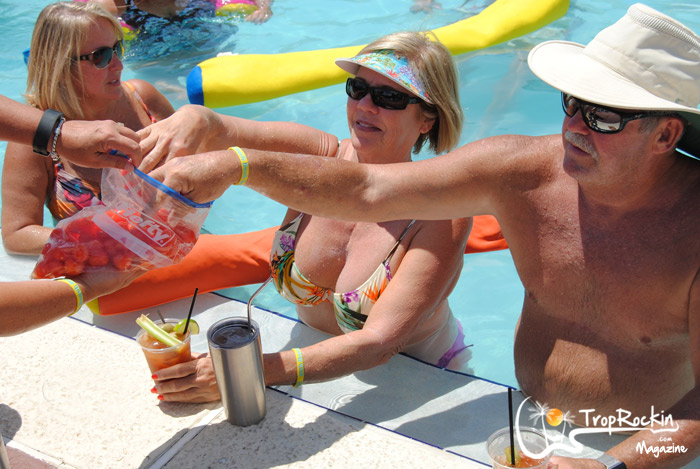 The laughter Brent can pull out of a crowd with his comical songs never gets old. Brent played multiple requests all day for his funny songs. Shameless plugs to buy his merchandise so Pam would let him come back home or to buy her jewelry was some of the many laughing jokes with the men. As Mr. Brent Burns says “Happy Wife, Happy Life.” 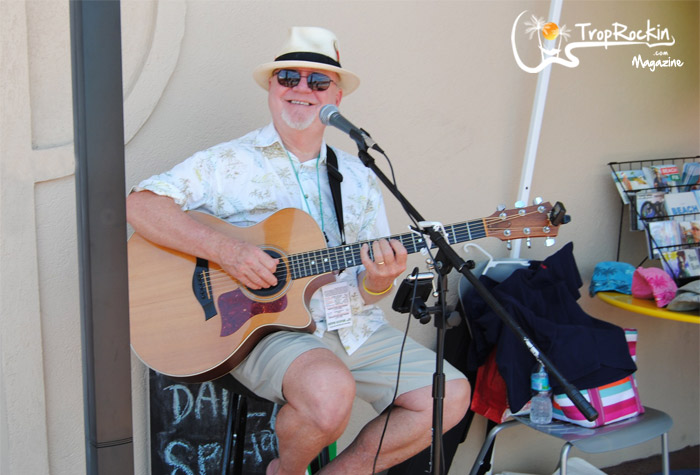 Saturday night finale came in as a Reggae looking band and left as a country band. The very multi talented “Conch Fritters” big band displayed a variety of music and hat changes to fit the mood of the music. Bringing the lei’s to the party and the sounds of Southern Tropical beats kept the dance floor very busy. Everyone was delighted to have such a big range of music that I even saw country line dancing happening on the volley ball court. 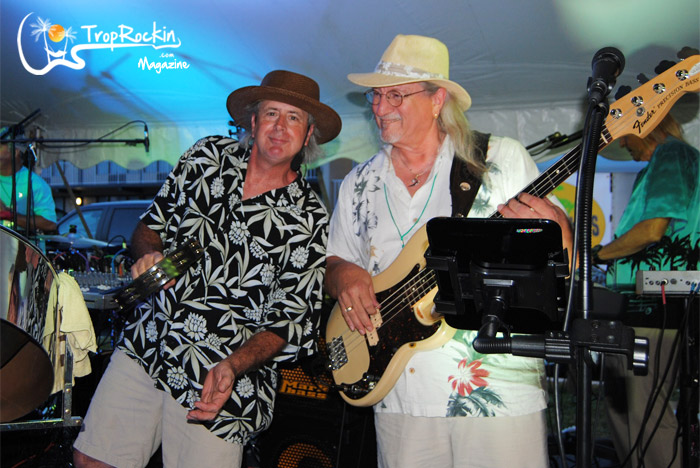 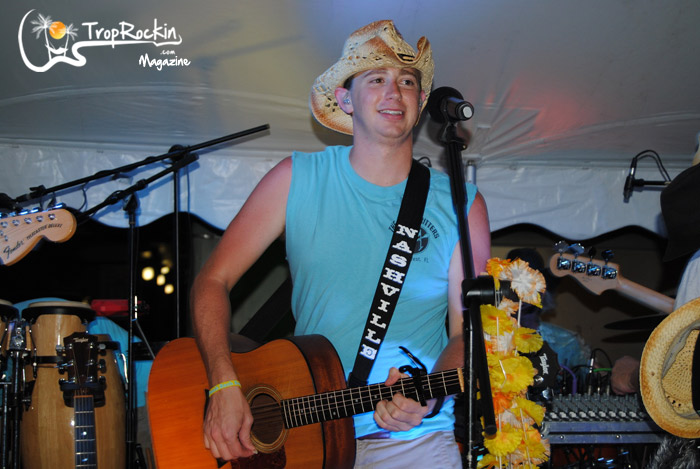 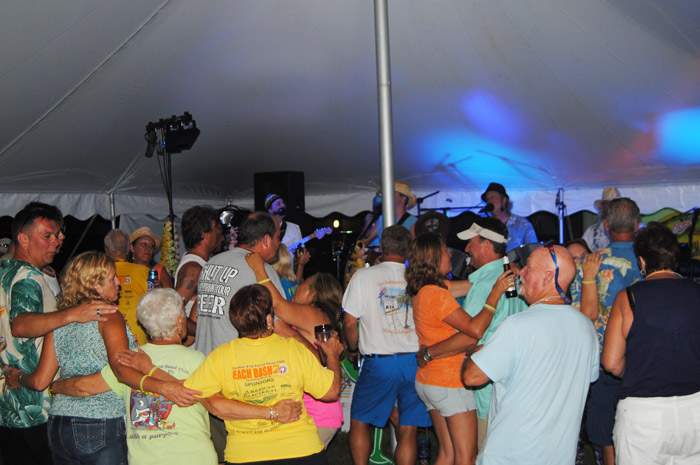 John Farrell was happy to jump on stage during a Fritter break and announce that the hotel would like to have us all back next year and they will be blocking off the whole hotel for the 21st A1A Beach Bash in 2017. The news spread like a roaring wave through the crowd.

If you like fun in the sun just steps away from the beach and hanging out with some great folks check out the 21st A1A Beach Bash in 2017. Remember to bring your sunscreen and your charity game face.