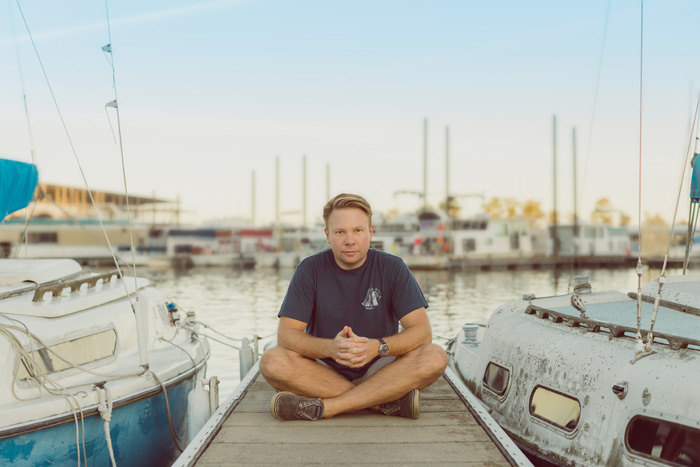 I think it’s rather amazing how the Trop Rock music genre is a little like a musical siren to many musicians. In the last few years, we are seeing more songwriters and performers come out of the Nashville writing/performing scene and crossing into Trop Rock. They seem to be very happy with the crosswalk, also. I spoke recently to Aaron Scherz, who is delighted to be a part of Trop Rock.

Aaron grew up in Houston, Texas and started his musical career in band as a percussionist. Before long, though, he took up the guitar and started hearing words to songs in his head. His path as a songwriter was becoming clearer and he decided to start playing music his sophomore year of college.

Off he went to Nashville and laughed when he told me “they already had a Garth Brooks.” For two weeks he played on a street corner, accepting tips during ten hours of playing each day. Fortunately, he soon landed a job on Music Row and began to write more songs than actually perform. He participated in a “writers in the round” group and began to have some of his songs recorded. It took thirteen years, however, for one of his songs to achieve a Number One hit and that was “Girl in a Country Song,” recorded by Maddie and Tae. 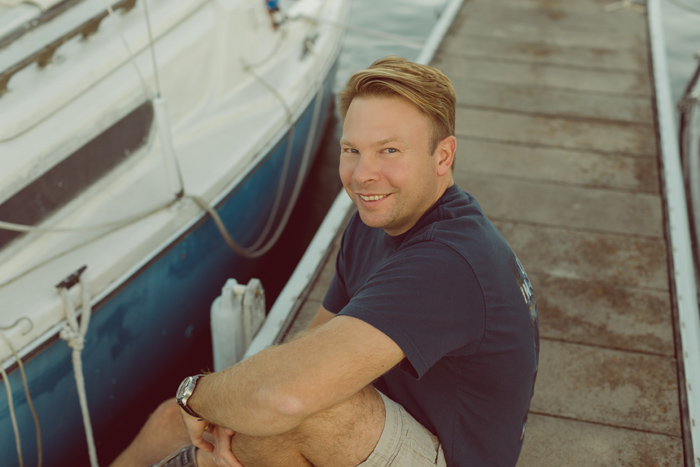 In the meantime, Aaron began attending the Song Writers’ Festival in Key West and although he thought he was currently writing songs that Kenny Chesney would want to record, fate took him on a new path.

He met John Frinzi at the Smokin’ Tuna in Key West and the two played together. Aaron was amazed… it was standing room only and fans were wearing John’s t shirts. This was Aaron’s introduction to Trop Rock. 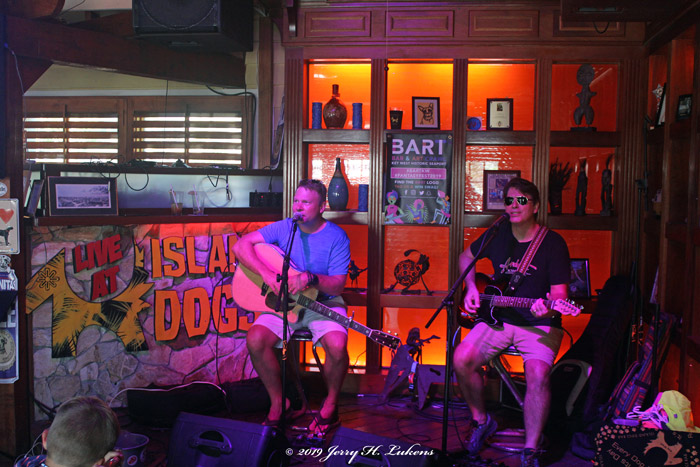 John invited Aaron to the upcoming Meeting of the Minds and brought him into the Trop Rock world. And he came flying in… he was able to play onstage with the Coral Reefers the first year he attended. His mom, Debbie Sanders, had raised him on Jimmy Buffett music, among other great artists, and Aaron was delighted to play.

He began to come every year and soon met Andrew Talbert, MOTM Convention Chair, who gave him and John Frinzi the Buffett Album Hour on the main stage at the Casa Marina. Last year the album was Changes in Latitudes, Changes in Attitudes, and his mom was invited to sing on stage with them. 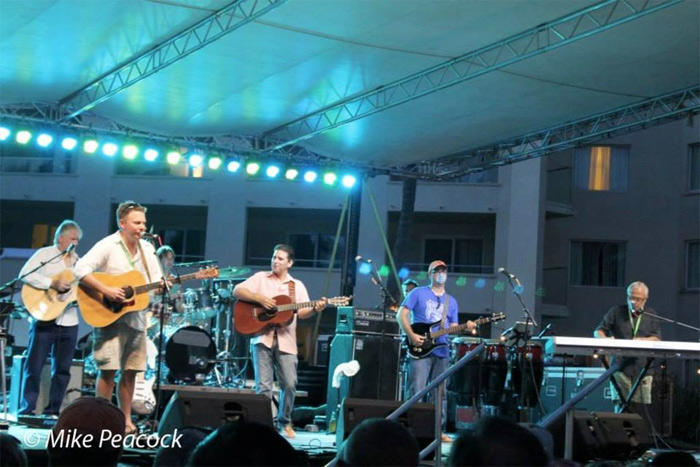 Aaron hit the road this year to take his music across the country, but he is working on a new record called In A Beach Town. All the songs are written, and he will be recording this winter. This year in Key West was his first to offer merchandise and his wife was a lovely salesperson and his two adorable children were great models for his hats! “It All Rums Together” has been his merchandise trademark since 2008.

Continuing to tour is on his agenda and he is scheduled to play many house concerts. This year he’ll head west to Baja California, north to Chicago and down south to Florida for Music on the Bay. He’ll hit The Mitchell Patio in Van Horn, Texas, and go on to Albuquerque, San Diego, Los Angeles and Seattle. Plus many cities in between. Check out Aaron’s tour dates and if you’re in an area where he’s playing, don’t miss him! You’ll be glad that Trop Rock has grabbed up another great talent!