Great for kids, adults, and even for parties. All you need are a few simple ingredients, and you can whip them up in no time. 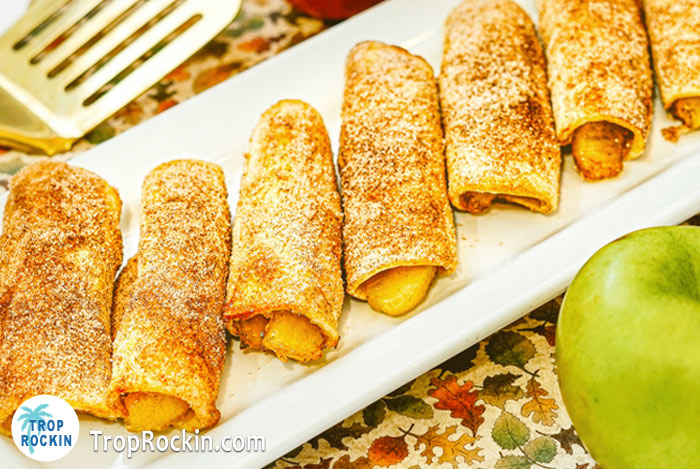 What are Apple Pie Roll Ups?

Apple Pie Roll Ups are delicious individual desserts! This recipe is also known by other names such as Apple Pie Taquitos or Apple Tortillas, but essentially these are all very similar desserts.

To make this recipe, take the apple pie filling and roll it up in a tortilla which becomes the apple pie “crust”.  The tortillas are brushed with butter so they will become crisp in the air fryer and sweetened with classic apple pie spices.

Typically, Apple Pie Roll Ups are either baked or fried, but now we can make them just as delicious in the air fryer! When baked, the tortillas (or bread) are softer, when fried they are crunchy. Air Frying is perfectly right in the middle. Just like these Air Fryer Apple Hand Pies!

By air frying Apple Pie Roll Ups you’ll get a crispier “crust” without any high-fat oils. Best of both worlds!

No time to make Air Fryer Apple Pie Roll Ups right now? Save this recipe for later and pin it to Pinterest! 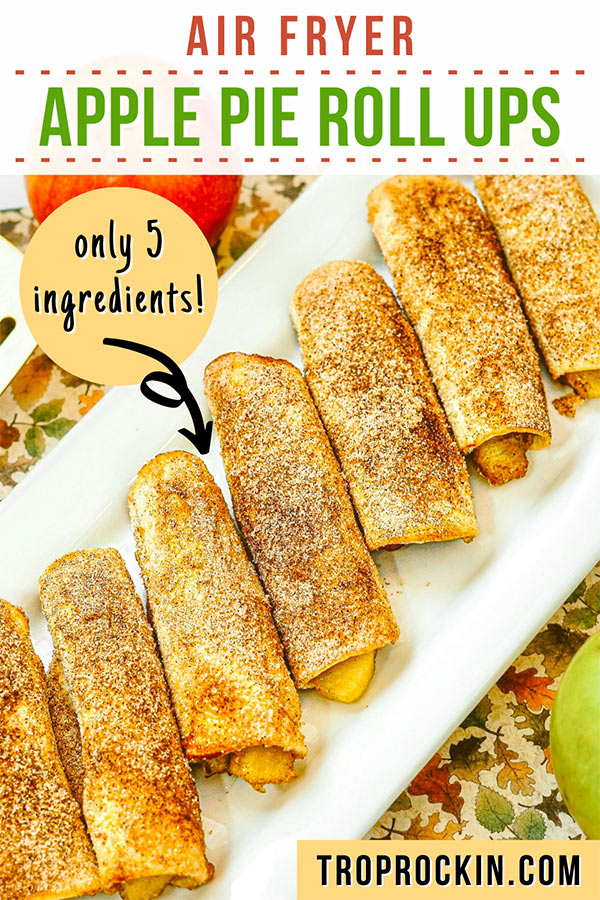 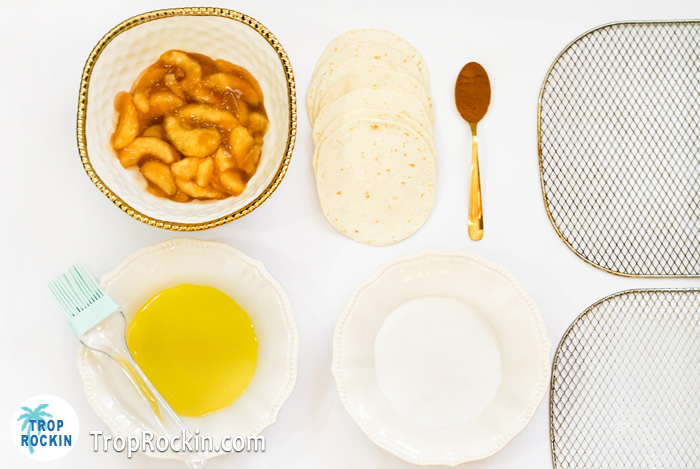 Here are the easy step-by-step directions for this tasty fall apple pie dessert.

Step 1: Prep ingredients. Mix Cinnamon and Sugar in a bowl. In a separate bowl, melt the butter. 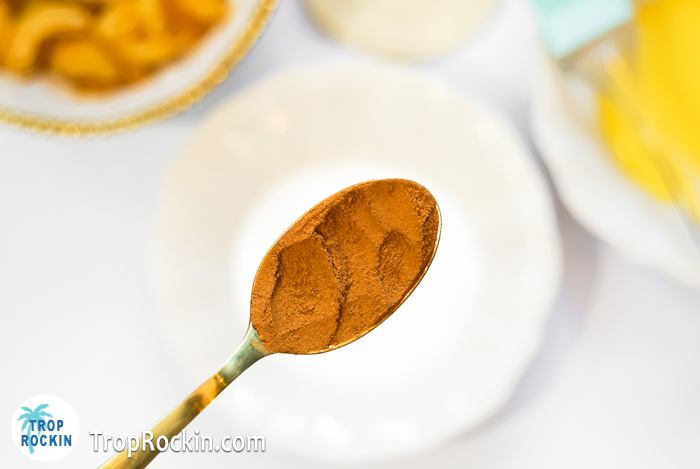 Step 2: Add canned apple pie filling down the center of the tortilla and roll them up like a soft taco. 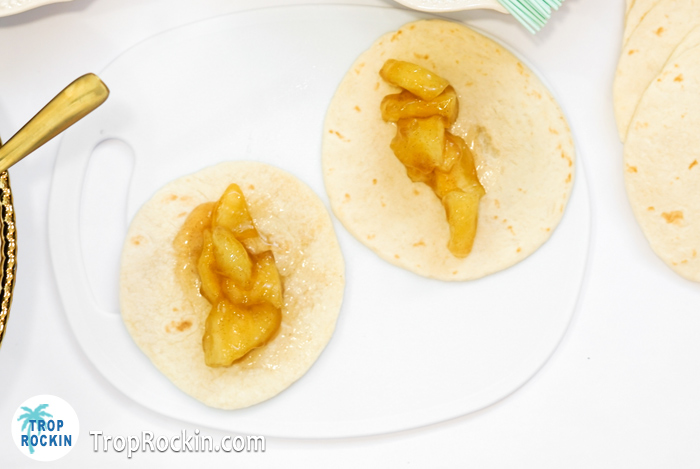 Step 3: Coat the outside of the tortillas with melted butter. 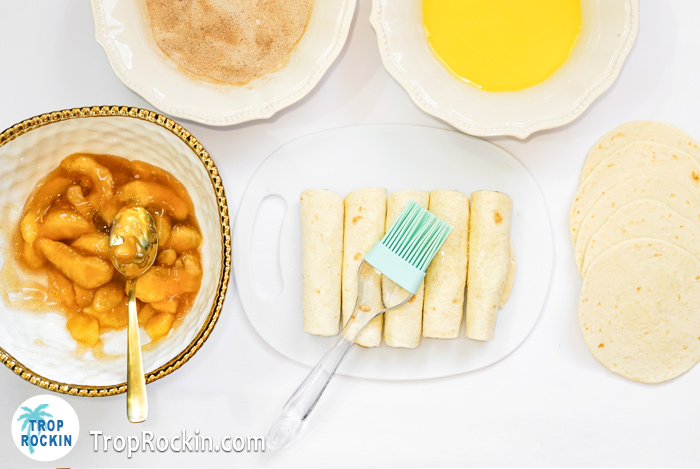 Step 4: Take each Apple Pie Roll Up and roll it in the cinnamon and sugar mixture. 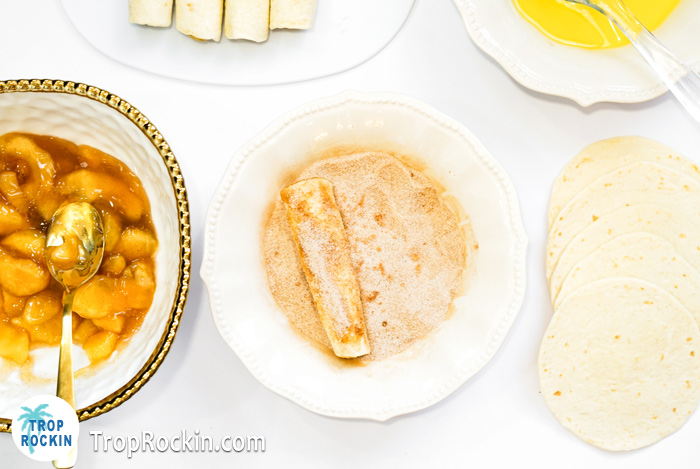 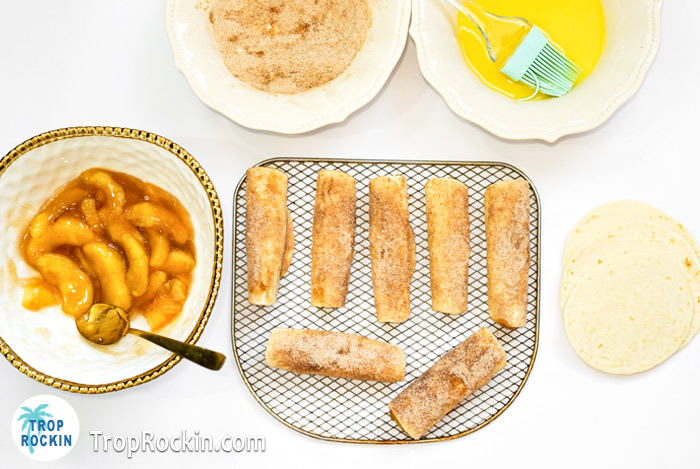 Tip: Different models of air fryers will have a slightly different cook time. Start checking your apple pie roll ups at 12 minutes to make sure they don’t get overcooked. 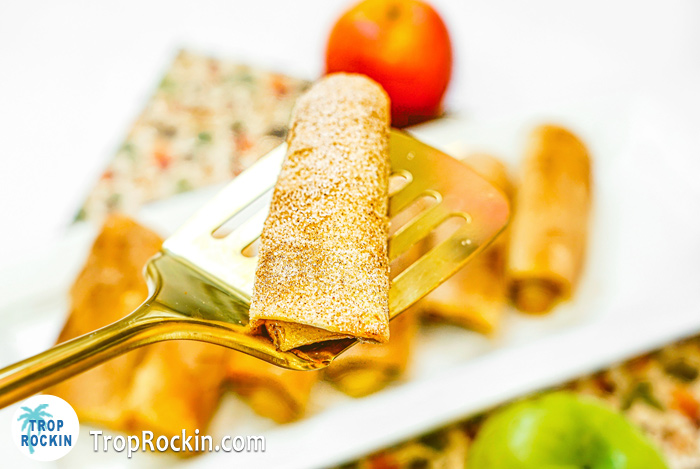 Air Fryer Peanut Butter Cookies – lightly crispy on the outside, chew in the middle and only 3 ingredients! 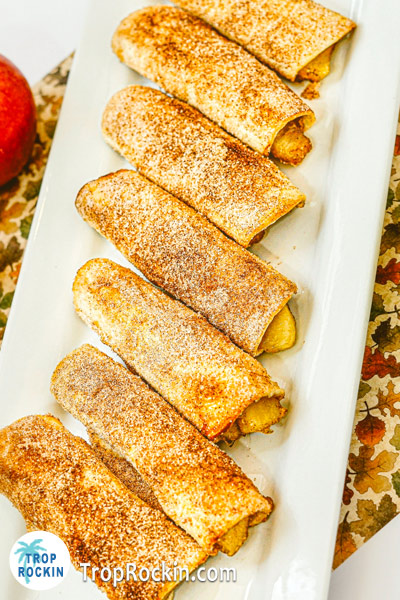 These Air Fryer Apple Pie Roll Ups are a perfectly easy fall dessert! The buttery cinnamon sugar-coated tortillas with apple pie filling are sweet and satisfying. It’s a fun and tasty alternative to traditional apple pie your family will enjoy.

Top with vanilla ice cream for a fuller dessert.