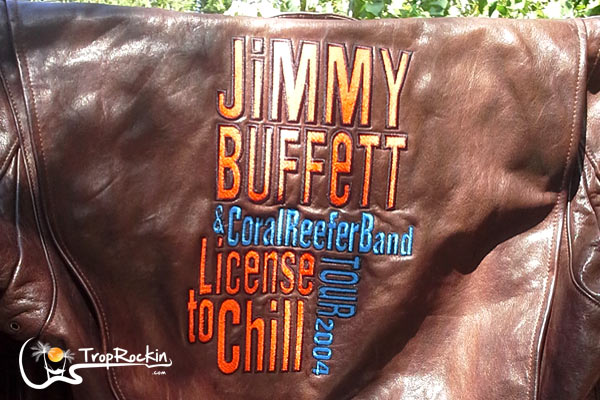 Amy Lee, a world class saxophonist and songwriter, toured with Jimmy Buffett from 1991 – 2005, ushering in the age of the horns section in the Coral Reefer Band.

In 1990, Amy Lee was “discovered” by Charles Neville (yes.. of the Neville Brothers).  Charles promptly asked Amy to join a jazz band he was forming in New Orleans.  The following year, Charles once again proved to be the catalyst for Amy’s next career move.  One evening at the jazz band’s rehearsal, Charles told her Jimmy Buffett would be playing at a bar right there in New Orleans that week and she should come out to the gig…. along with her sax….. since he’d been telling Jimmy all about her.

A little skeptical, Amy did just that.  At some point in the night, Jimmy waved Amy on to the stage where she joined several Reefers who were masquerading as “Freddy & The Fishsticks” (Jimmy and the band’s somewhat secret alter ego back then).  That very night, Jimmy asked Amy to join him on tour. 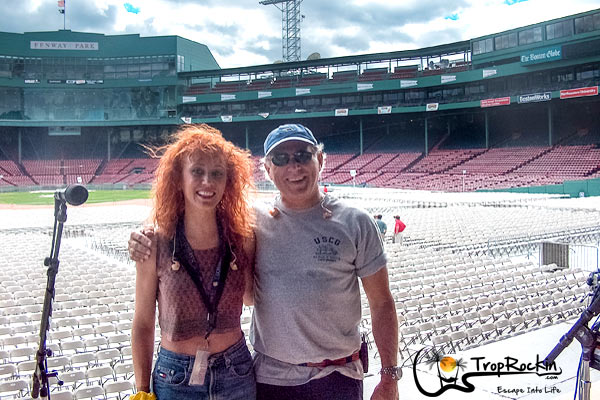 Soon, Amy was in charge of the Coral Reefer horns section.  By 1994, Amy was collaborating with Jimmy as a songwriter.  She co-wrote “Fruitcakes” with Jimmy,  which became the title track for the album and the summer tour name.  We can also thank Amy for bringing us a few other great Jimmy Buffett songs she co-wrote, such as “Delaney Talks to Statues” (along with Mac McAnally) and “Bob Robert’s Society Band”.

Her absence from the Coral Reefer Band in 2006 was quite noticeable.  Personally, I’ve been to well over 60 Buffett concerts since 1990, and for several years after her departure we reminisced about the days when Amy was blowing her sax.  The horn section, especially Amy, were greatly missed.

In recent time, Amy has been “livin’ the life” in Key West with her husband, playing in a local jazz band named “Soul City”.  Although she loves the Key West life, she and her husband have decided to move on to their next paradise….  Hawaii. 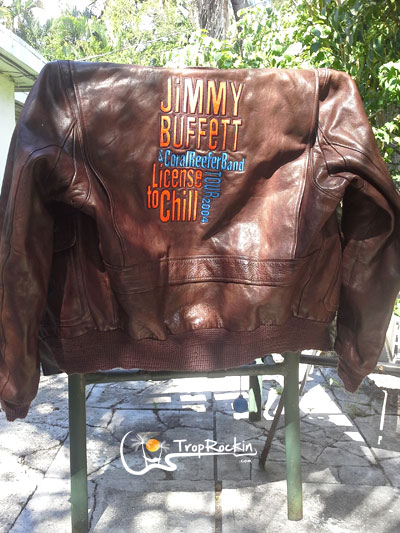 Her move will benefit The American Autism Society.  Originally, Amy had planned a simple fundraiser to raffle off her Jimmy Buffett Tour Jacket from the 2004 License to Chill tour, but a recent trip to the storage unit changed her plans.  “I have a lot of swag from my tour days that I am not taking with me because there is so so much” Amy declares.  “I had no idea how much 15 years on tour with Jimmy could have accumulated.”

She’s putting it all in the raffle with hopes to bring in even more donations for the American Autism Society.  “I have a lot of t-shirts, sweatshirts, hats, flip flops….  you name it.”  Sizes range from Med. to XL.

Join Amy Lee and Woody Jenkins at The Little Room Jazz Club and help raise money for a great cause and hopefully… you’ll be leaving Key West with some great vintage Jimmy Buffett swag!

Am I missing something but what is the date of the event? I can't seem to find it.

Hi Krystal! Good point, the date wasn't in the article. It's Friday, Nov. 1st. I was focused on Parrot Heads attending MOTM and they all know the Street Fest is on Friday so I didn't think to put the date. Great catch! I've added the date. Thank you! Tammy

What size is the tour jacket, please?

Hi Kirk, The tour jacket is a Men's Small. Thanks! Tammy

Can tickets be bought online for the Raffles?

Hi! No, there isn't any online sales. The winners must be present in order to take the items home from the event.