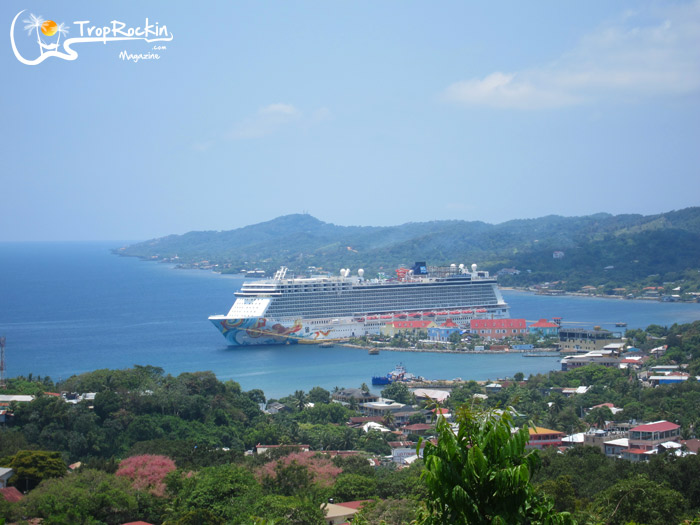 My husband and I attended our first Trop Rock Cruise organized by the Southern Drawl Band. This was their second cruise and appropriately called “Another Voyage to Paradise 2.” It is one of the many great trips that they are currently organizing. They are calling these vacation/music getaways a SDB Playcation! 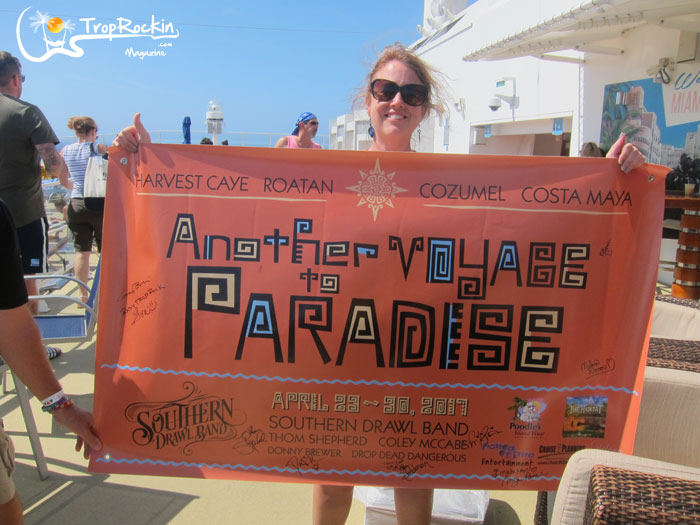 We attended with 200 Parrot Heads and Trop Rock fans aboard the Norwegian Getaway. Fans from as far as Germany and Alaska attended. Events started off with a two-day Kick-Off Party at the Ocean Manor Resort right on Fort Lauderdale Beach on April 21. All the musicians chosen to perform on the week-long cruise gave us a musical preview of what to expect during the cruise at the two-night kick-off party. Some of the cruisers arrived for the kick-off parties and others met us on the ship in Miami on April 23. We received our Another Voyage to Paradise 2 T-shirts, tote bags, and name tags on lanyards which would be used as our form of identification to get into the private concerts aboard the ship.

We were fortunate to have the Southern Drawl Band, Thom Shepherd and Coley McCabe, Donny Brewer, and Drop Dead Dangerous (Melanie Howe and Kitty Steadman) entertain us all week long. It was also an opportunity to get to know the musicians better off the stage since we got to party with them all week long. 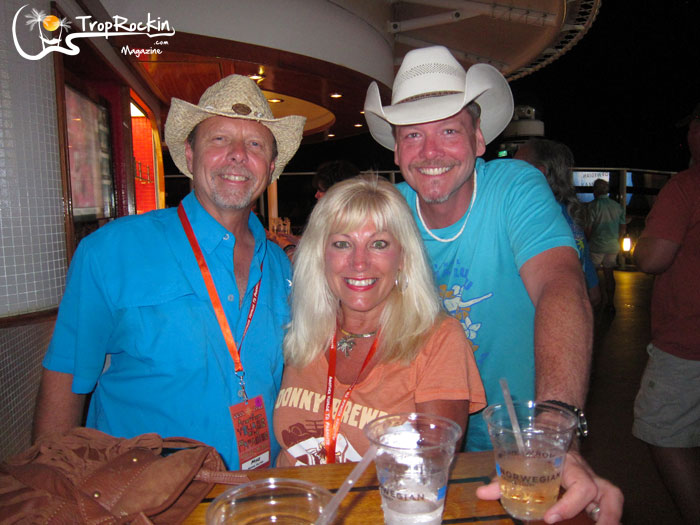 The cruise was a great chance to meet new Parrot Heads from all over the country as well as reconnecting with many that we already knew from other Trop Rock events we attended previously. Many people who started the week as strangers became friends by the end of the week. We also saw many friends and family members meet on board the ship to spend a vacation week together. We were fortunate to spend time with our good friends from our Western New York Parrot Head Club where we moved from, and also with members of our current Charlotte Harbor Parrot Head Club.

The Another Voyage to Paradise (AVTP) organizers planned some theme events for us and we also participated in some of the theme nights organized by the ship. My favorite theme event was their 2nd Annual Pascagoula Run which is a shotgun style poker run where each team is given a list of bars to visit aboard the ship. At each bar, we collected a card from one of our AVTP musicians in the hopes of having the best hand. Our team was called “Having a ball” and we had Emoji t-shirts, earrings, necklaces and beach balls to give out to the musicians. All the teams put a lot of effort into their themes and costumes. The winning team actually had 4 Kings! 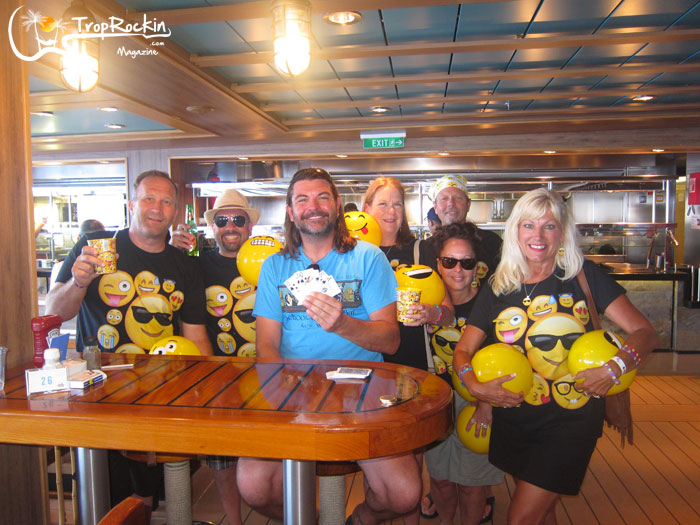 Other theme nights included a Pirate Party, Glow in the Dark White Party, 80’s theme party, and a PJ Party where we got to watch the Parrot Head Movie together. The ship also offered other great shows, dancing, comedians and dueling pianos.

The meals on the ship were wonderful. Our choices were a buffet or several finer dining restaurants. You also had the choice to pay an additional fee to dine at one of the ship’s specialty restaurants. The ship also had a Margaritaville at Sea.

Every evening when we returned back from our visiting Port, we were entertained by different musicians that played in a private area only for our group called Spice H20. What could be better than listening to fabulous Trop Rock musicians at sunset and having an all-inclusive beverage package all week-long? Some people even listened to the music from the hot tub or splashed around in a waterfall. 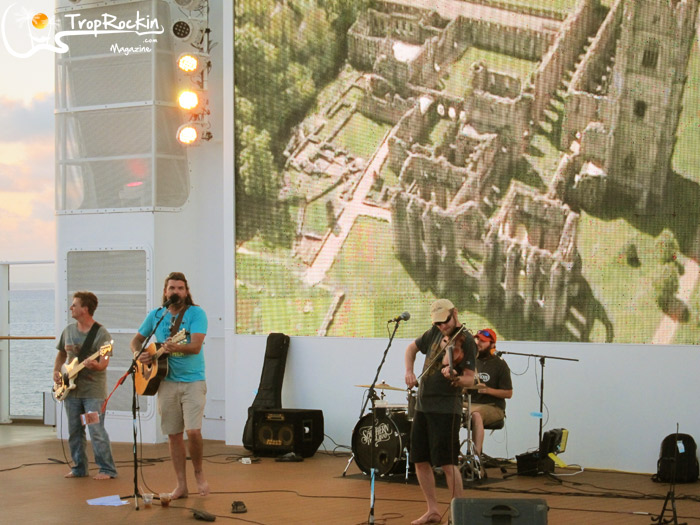 Our Cruise Itinerary and Ports
Our first day was at Sea and some people enjoyed the casino, tanned on the pool deck or participated in other activities offered by the ship. Later in the evening we were entertained by the Southern Drawl Band which was a closed event open to only Another Voyage to Paradise cruisers.

Our second day, we arrived in Roatan, Bay Islands, Honduras. We decided to take a private tour of the area and then end the day at Bananarama Beach. Other cruisers chose to take an excursion planned with Mike Nash, Brent Burns, Rick Lamb and our other musicians combining our group with the Central Oklahoma Parrot Heads who also had an event in Roatan. It was quite a coincidence that we ended up on the same beach as they did at the end of the day so we could all enjoy the gorgeous turquoise water together. When we returned to the ship, we were entertained by Donny Brewer.

Our third port was Harvest Caye, Belize. Many of us thought that we would have to take tenders from the ship over to Belize City, but Norwegian recently opened a 78-acre island about a mile off the mainland that has the feel of a big Caribbean beach resort. We walked off the ship and followed a long walkway to the resort without needing tenders. The resort has a seven-acre beach with free lounge chairs, huge pool with swim up bar, parasailing, kayaking, and zip lining. It is also home of a new Jimmy Buffett’s LandShark Restaurant and other small shops. When we arrived back on the ship at the end of the day, Melanie Howe and Kitty Steadman entertained us with the help of Southern Drawl’s JD Edge and bass guitarist, Paul Wray. 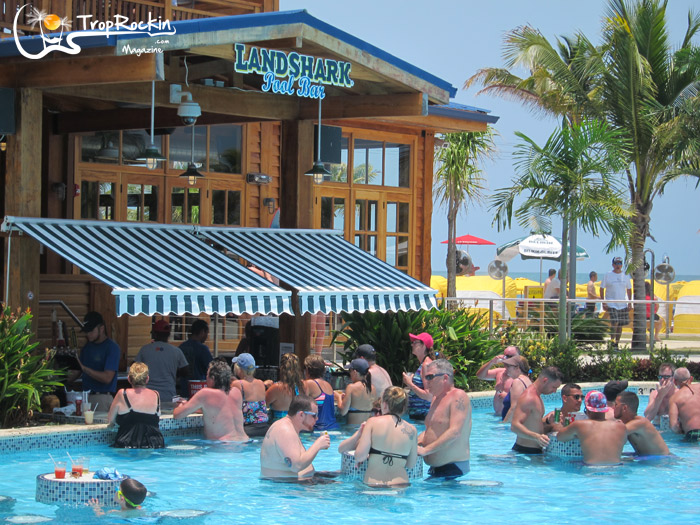 Our fourth port was Costa Maya, Mexico. We chose do an excursion offered by the ship which shuttled us to a private beach resort with an open bar and beach party all day long. Later that evening Thom Shepherd entertained us at Spice H20.

Our last port was Cozumel, Mexico. We decided to enjoy a pub crawl of the island arranged by the AVTP organizers. We were shuttled to the far side of Cozumel to visit some bars that we don’t normally get to see. We each received a shot at each of the four bars and learned a lot about the area from the two tour guides on the bus. It was an enjoyable day and the views of the ocean were breathtaking. After the pub crawl, we met up with other AVTP cruisers at Senor Frog’s where some of our musicians performed a songwriters in the round show. 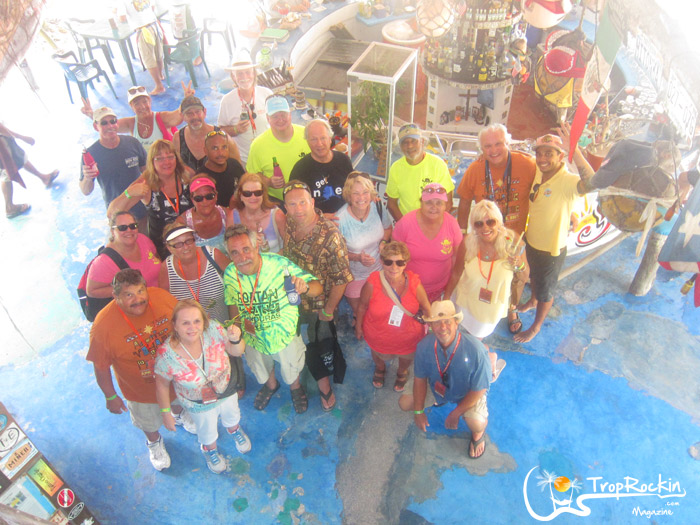 Once back on the ship, the Southern Drawl Band performed unplugged for us at our last Spice H20 show. Then we all changed into our white clothing and glow sticks for the Glow Party with a huge crowd of other passengers from the ship.

Our last day was spent at Sea. It was a fun day to end the week starting with our themed Poker Pub Crawl and then changing into our Pirate costumes for the last concert of the week performed by all the musicians on the pool deck. It was a chance for all the ship’s passengers to finally hear all the great music that we had heard all week. 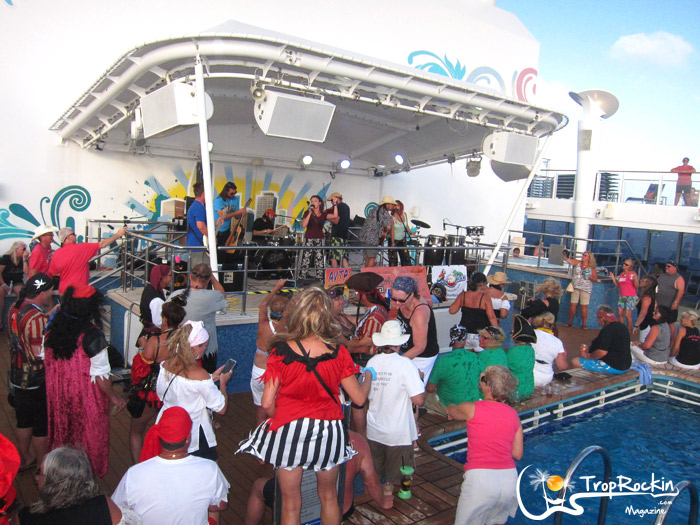 We have already booked our cruise to join the Southern Drawl Band again for “Another Voyage to Paradise 3” next February when we will be visiting Bahamas, Jamaica, Grand Cayman and Cozumel aboard the Norwegian Epic. We are looking forward to another great SDB Playcation!

We are already booked too6

We are already booked too