This Apple Pie Cocktail is the perfect blend of sweet and spice for a delicious fall cocktail. Made with vanilla vodka and cinnamon whiskey, this cocktail recipe tastes like a delicious slice of apple pie in a glass.

This apple pie drink recipe is quick, easy and you can easily make in a large batch for fall parties! 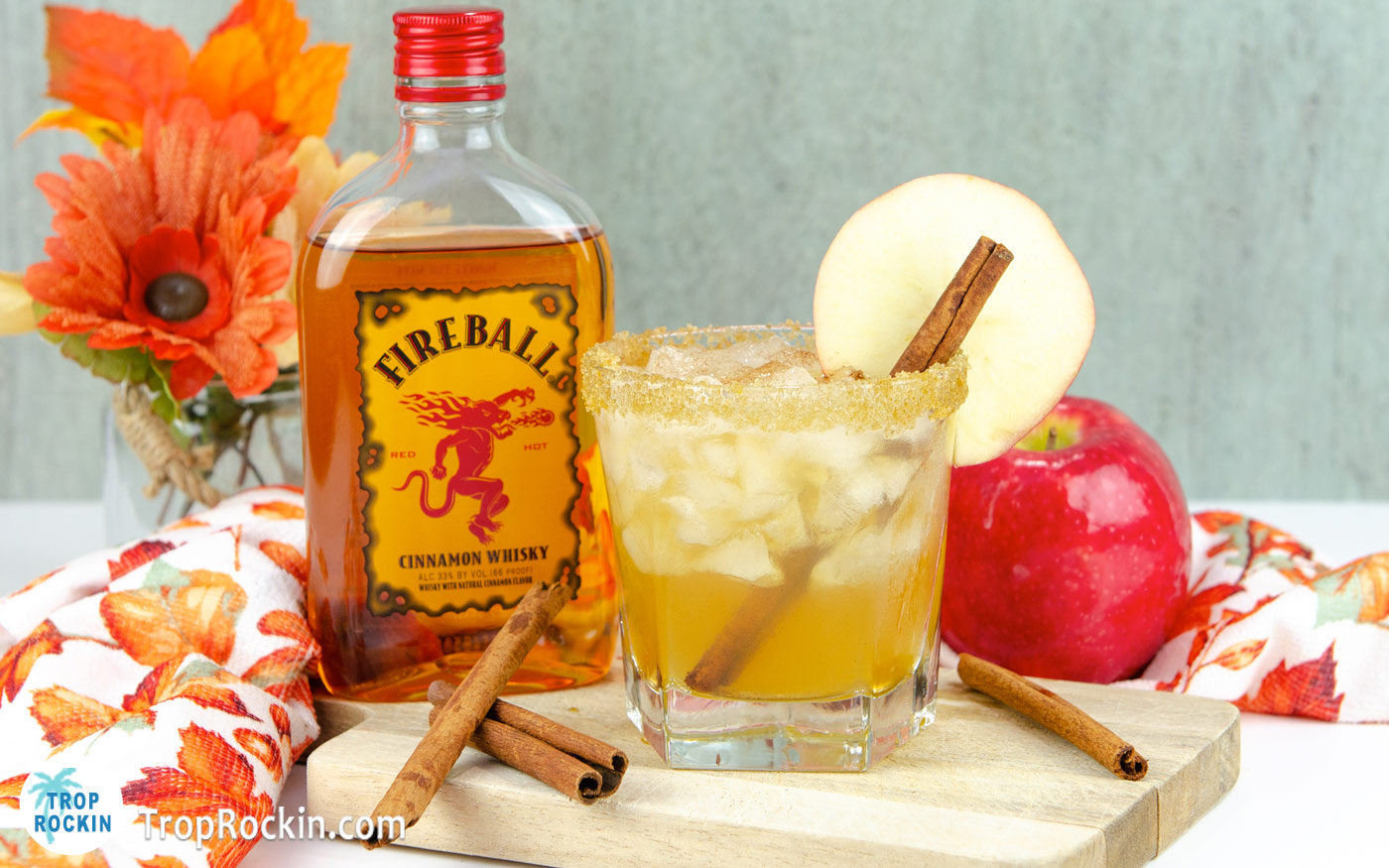 In the fall season, there’s nothing more cozy than sipping on an Apple Pie Cocktail. This delicious drink is made with apple cider, cinnamon whisky and vanilla vodka – the combination of these flavors are truly irresistible.

Serve it up at your next fall party or simply enjoy sipping on this tasty apple pie cocktail with a family and friends while watching the fall leaves turn colors. It just seems Fireball mixed drinks are made for the autumn weather.

If you love the taste of apple cider and cinnamon whiskey, try our Warm Fireball Apple Cider Cocktail, Apple Pie Jello Shots or these delicious Apple Pie Shots! All of these recipes are excellent for the fall holidays. 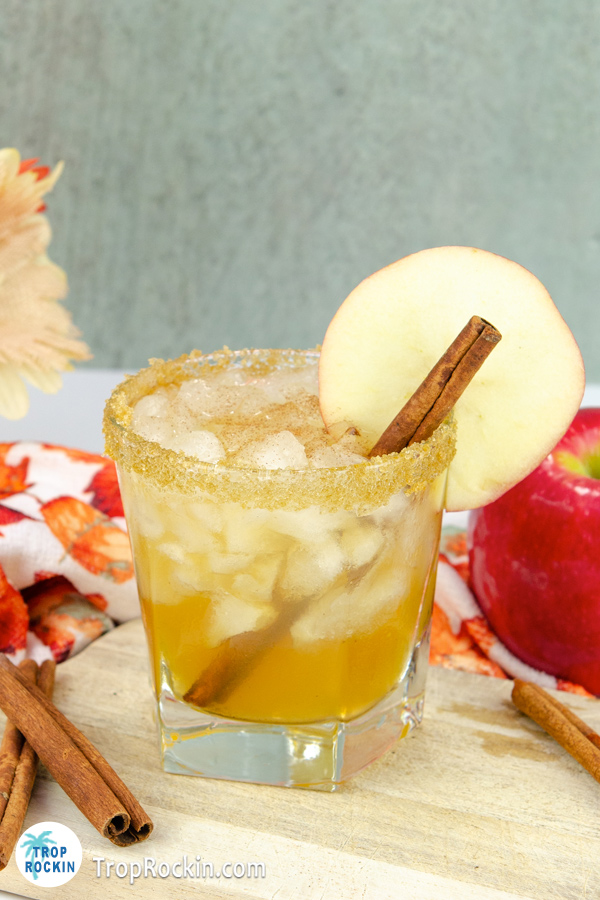 These drinks are perfect for cooler season and holidays.

Can I use Apple Juice instead of Spiced Apple Cider?

Apple juice is fresh and delicious, but spiced apple cider is the way to go. The added spices in the cider are what really makes this cocktail standout and taste more like apple pie.

Can I use Regular Vodka instead of Vanilla Vodka?

No, to get the right flavors, you’ll need vanilla vodka for this drink. Without it, you’ll be missing a key flavor in creating this tasty apple pie cocktail.

Fireball Whisky tastes like cinnamon and apple pie with a bit of a burn common to whiskey drinks. It’s strong cinnamon flavor is toned down when mixed with other recipe ingredients, leaving just the perfect spice.

Fireball does add a little heat to your cocktails and if you drink it straight it almost tastes like red hot cinnamon candy. 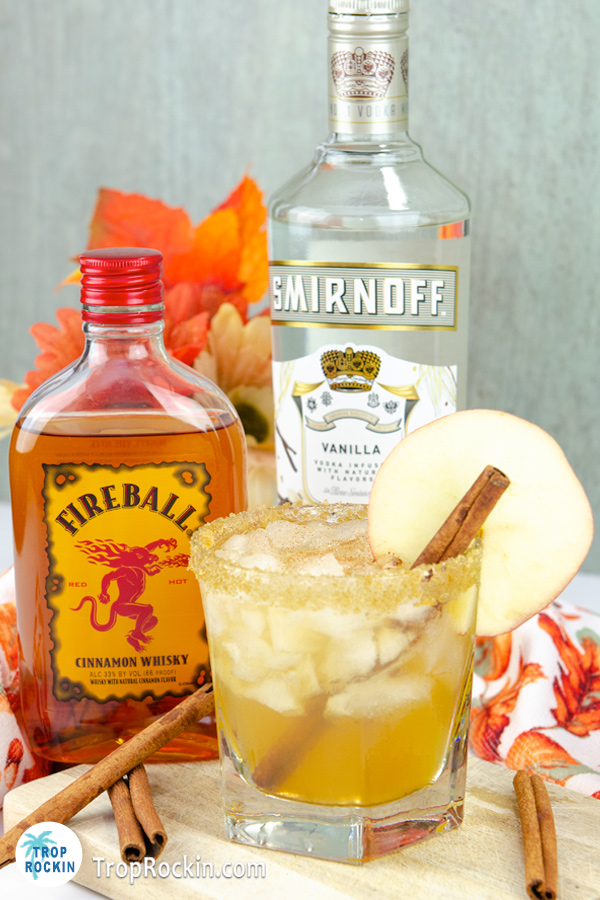 All you need are a few simple ingredients to make an apple pie cocktail.

Spiced Apple Cider: Made with apples, cinnamon, nutmeg and cloves, it’s the perfect base for this liquid apple pie.

Simple Syrup: Add to the rim to allow the brown sugar to stick.

Brown Sugar: Added on the rim, it’s the perfect flavor and sweetness this cocktail needs. 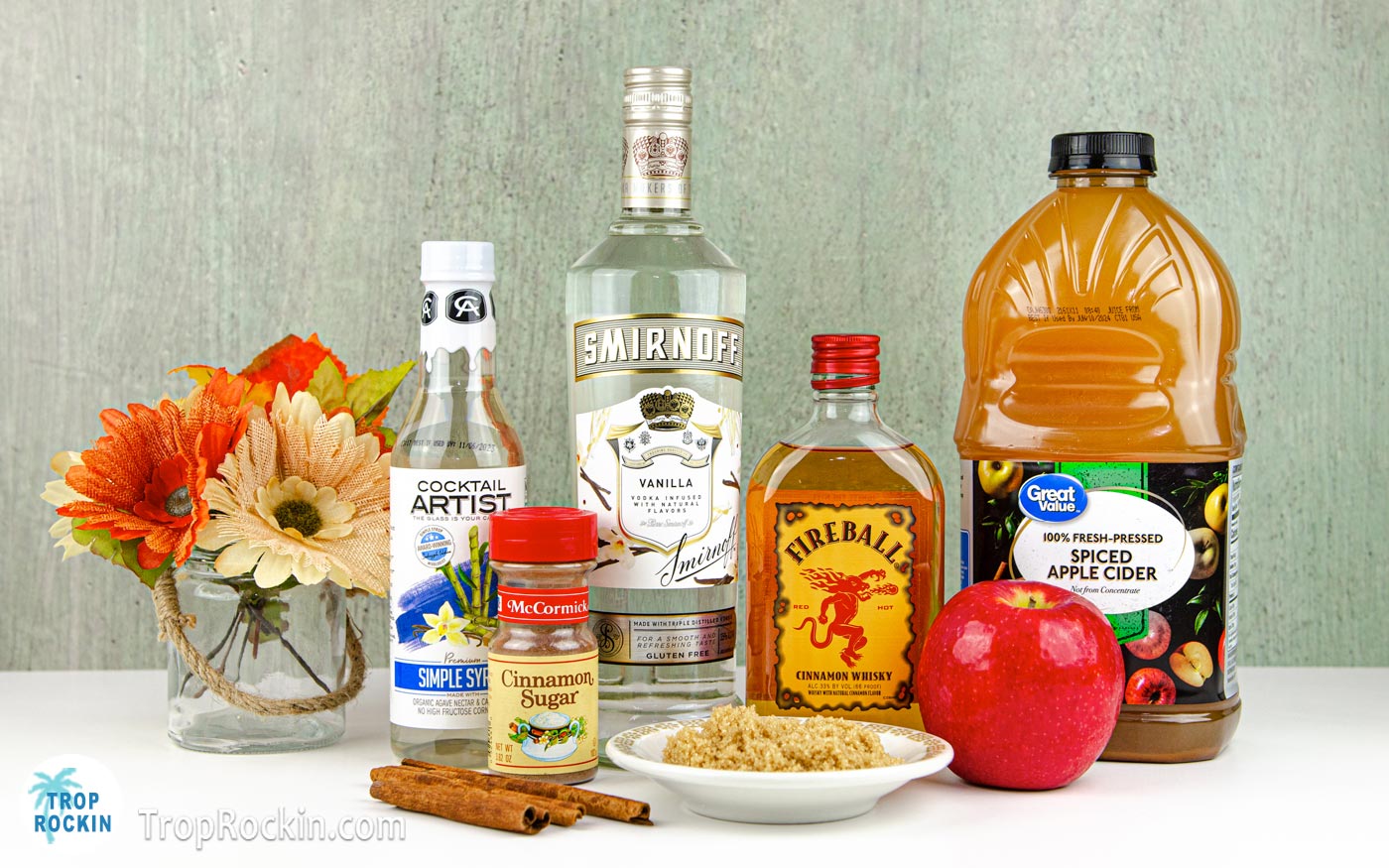 Quick step-by-step recipe instructions. Note this recipe is for one serving in a lowball glass. If you’re using a taller cocktail glass, be sure to see the additional information in the recipe card.

STEP 5: Add a sprinkle of Cinnamon Sugar on top.

STEP 6: Garnish with an apple slice and cinnamon stick and serve immediately. 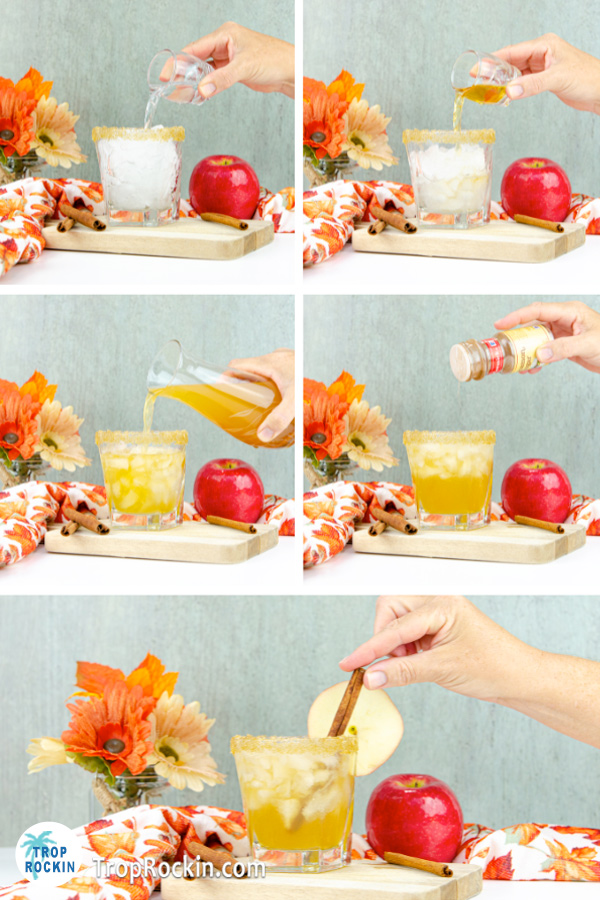 Tip: You can just as easily pour all the ingredients for the drink into a cocktail shaker with ice cubes. Shake until the outside of the shaker is frosty and strain the mixture into your prepared glass with ice.

Tip: On some glasses, the brown sugar might not stick as well. If this happens, coat the rim of your glass with corn syrup or honey as an alternative.

Variation: I love the sweetness of cinnamon sugar, but you can use a sprinkle of ground cinnamon for a mild flavor topping. 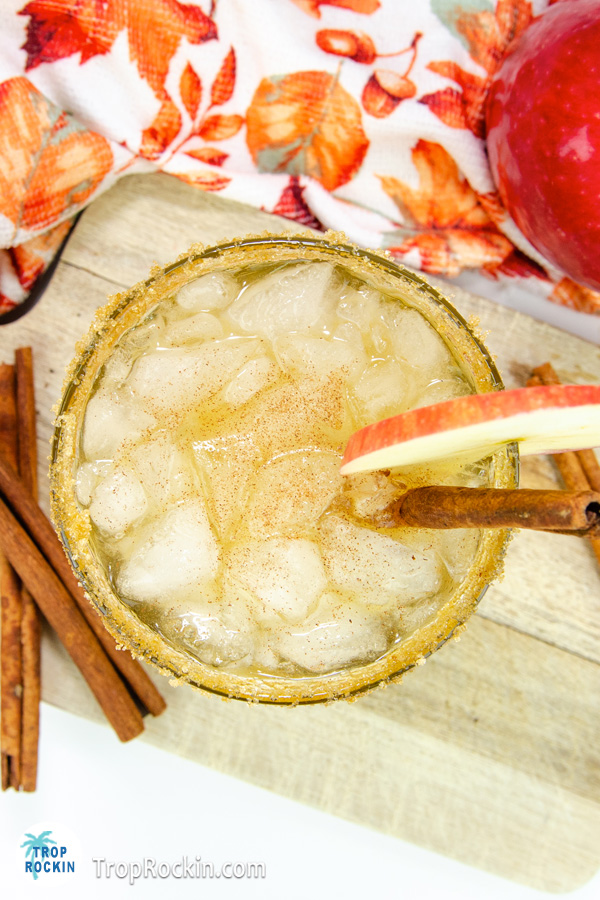 No matter if you shake this cocktail or mix it in your cocktail glass, with one sip of this Apple Pie Cocktail you’ll be hooked. It tastes delicious and it’s one of those drinks you’ll enjoy all season long.