These easy Apple Pie Shots are the perfect mix of cinnamon, vanilla, and apple cider. The sweetness of the apple cider is balanced by the spices of the cinnamon in the Fireball whiskey and Vanilla Vodka, making it a refreshing and delicious shot. It’s a great way to enjoy fall flavors with friends! 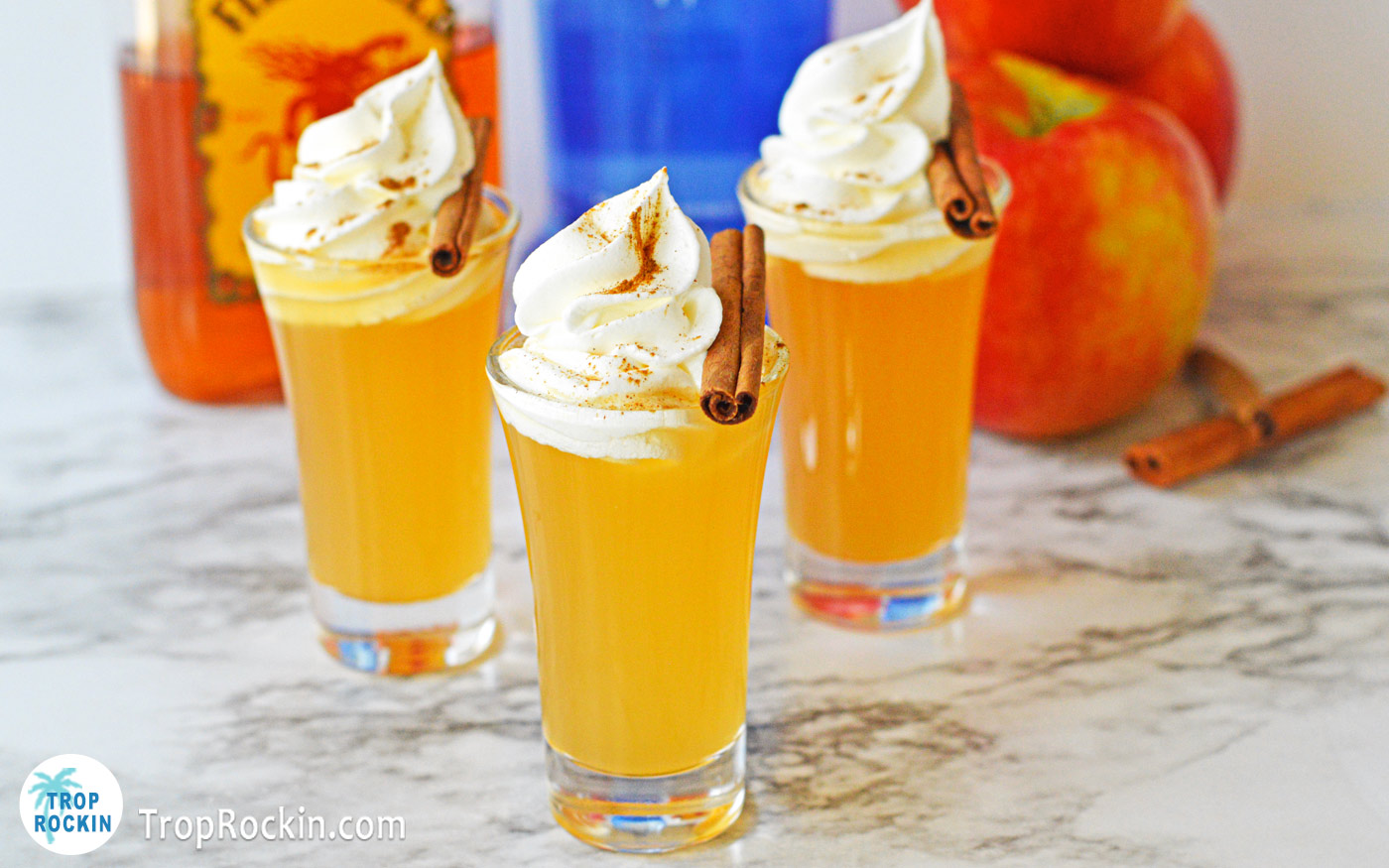 Apple Pie Shots are fun and tasty, making them the hit of the party. This is one of my favorite shot recipes and I actually serve them year round! The apple flavor cocktails do invite the feeling of fall, just like all these amazing fall cocktails.

Love apple pie drinks? Try these 2 easy cocktail recipes. For a larger cocktail, enjoy an Apple Pie Drink or go for these fun Apple Pie Jello Shots! They both have a Fireball Cinnamon Whisky base to get the perfect apple pie taste — with an added kick, of course!

These apple pie shots with vodka and fireball are exactly what you need for celebrating the fall season. 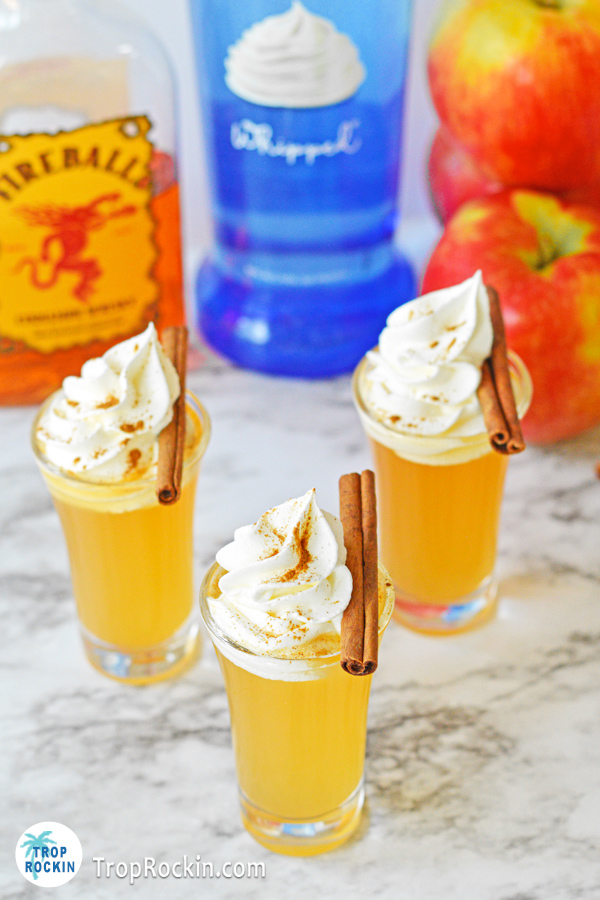 This apple pie shooter recipe is quick to make and easy to serve up.

If your making a large batch, simply triple up the ingredients and make them in a cocktail shaker. Do this several times for a big batch.

Perfect for holiday parties such as Thanksgiving and Christmas. 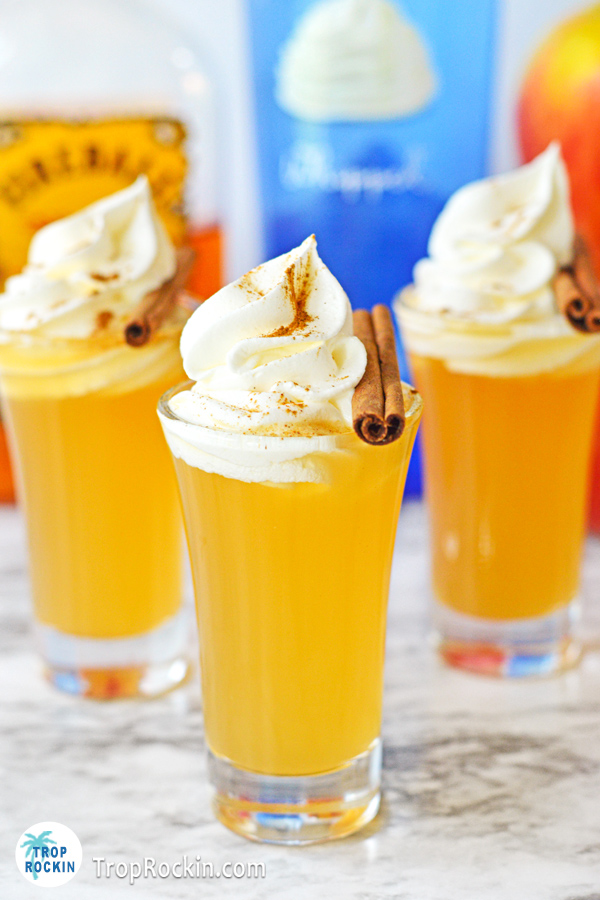 Need a few more amazing cocktails for your upcoming fall parties? Here are more drinks that are the perfect way to celebrate the fall season:

WHIPPED CREAM VODKA: A flavored sweet vodka that tastes similar to whipped cream and mixes perfectly with the cinnamon.

FIREBALL CINNAMON WHISKY: A spicy cinnamon flavor whiskey that adds a little heat to the drink.

APPLE CIDER: The crisp taste of apples that make it feel like a fall cocktail.

WHIPPED CREAM: Adds sweetness and a creamy texture on top of the shot.

GROUND CINNAMON: Top with a sprinkle of cinnamon.

CINNAMON STICKS (optional): Use short cinnamon sticks to perch on the side of the shot glass for a pretty garnish. 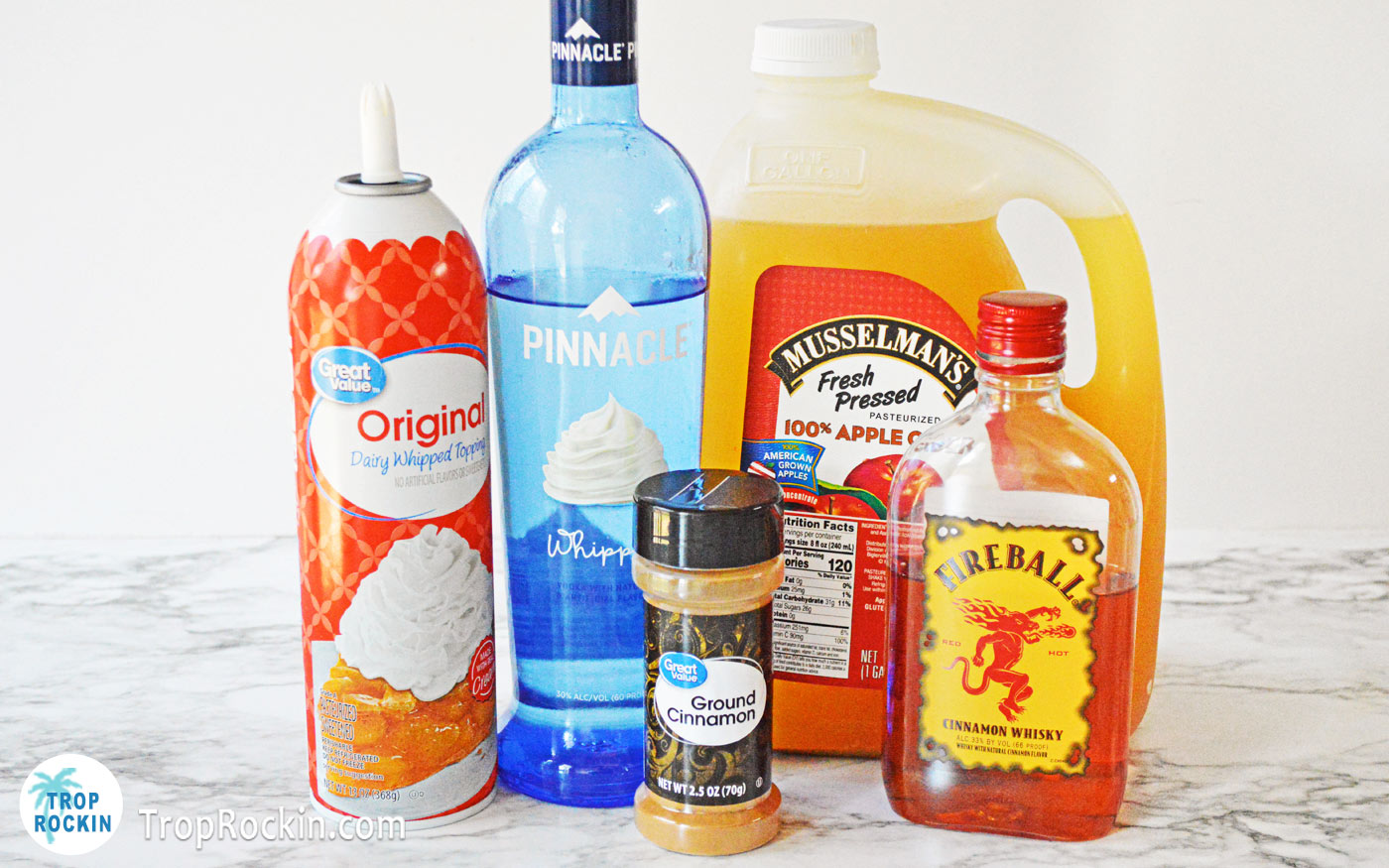 How to Make an Apple Pie Shot

This easy recipe fits in a 2 oz shot glass. 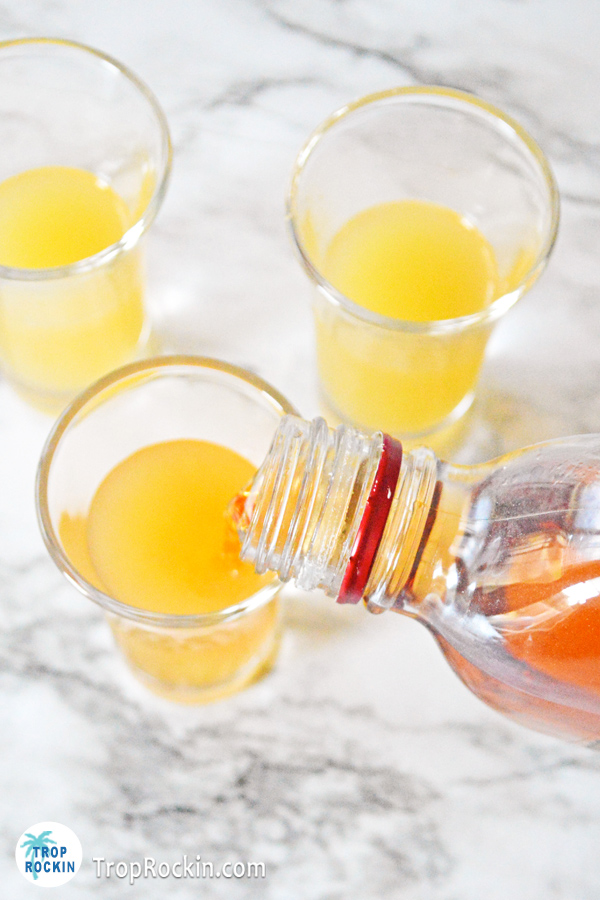 STEP 3: Fill the rest of the shot glass with  1/2 ounce of Whipped Cream Vodka.

STEP 4: Top with whipped cream. It’s easiest to use whipped cream in a can. Then sprinkle with ground cinnamon and garnish with a cinnamon stick. 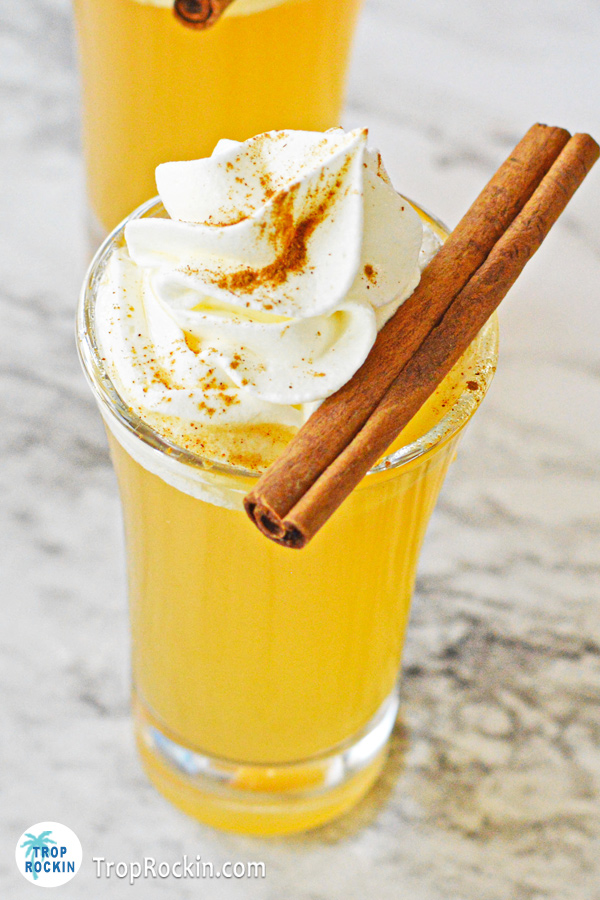 Can I Use Regular Vodka?

If you don’t have Whipped Cream Vodka, you can use Vanilla Vodka or Regular Vodka in this easy apple pie shot recipe.

If you use regular vodka, it will have a less sweet flavor. I would suggest adding 2-4 drops of Simple Syrup to the mix to bring up the sweetness to your tastes.

An Apple Pie Shot is the perfect fall drink to enjoy with friends. The sweetness of the apple cider is balanced by the spices of the cinnamon and vanilla, making it a refreshing and delicious shot.