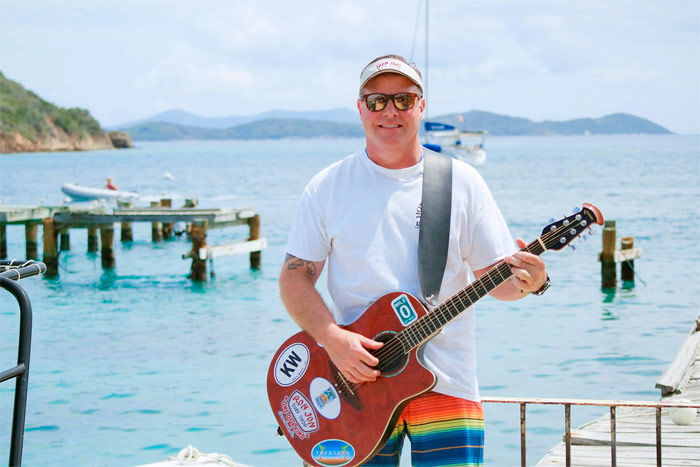 Reggie Starrett has many things going for him: he’s one of the nicest guys in Trop Rock, flies his own airplane and the song he co-wrote with Donny Brewer is up for TRMA Best Song of the Year. That’s a great list!

What’s this about an airplane?

Reggie got his pilot’s license twelve years ago and is the co-owner of a Piper Cherokee 6, which is a six passenger, single engine small plane. If he has a performance gig within a few hours driving distance, Reggie is probably flying himself there.

In one particular video of him about to take off with Donny and Michelle Brewer,  Donny says something about the track record of musicians flying on planes isn’t so good, but when a musician is actually piloting the plane, it’s great! 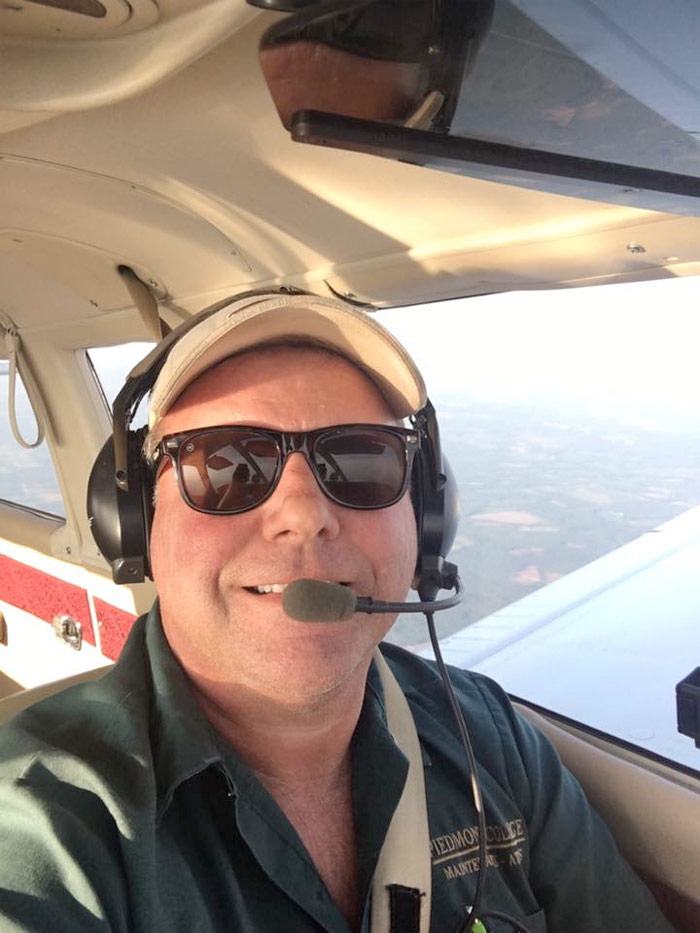 His newest CD will hopefully be released by Meeting of the Minds time. Titled “Wine Me Up,” it has some great new songs on it, plus the TRMA nominated song “Rum and Somethin'”  he co-wrote with Donny Brewer. 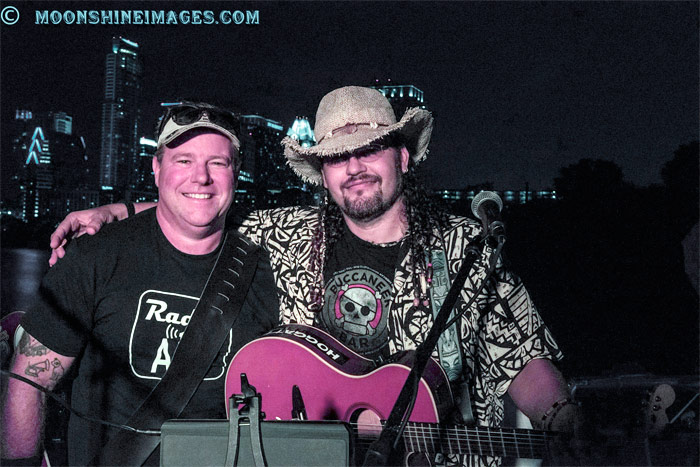 The song “Wine Me Up” has a deeper meaning to Reggie. He plays quite a few wineries in northern Georgia and one is very special to him. He became involved with Currehee Winery and the owner, Marvin Dawson who recently lost his wife.

“His wife taught my daughter in middle school,” Reggie tells me “and my wife taught his daughter in nursing school.” Now when he performs that song, it’s dedicated to Marvin and the memory of his wife. 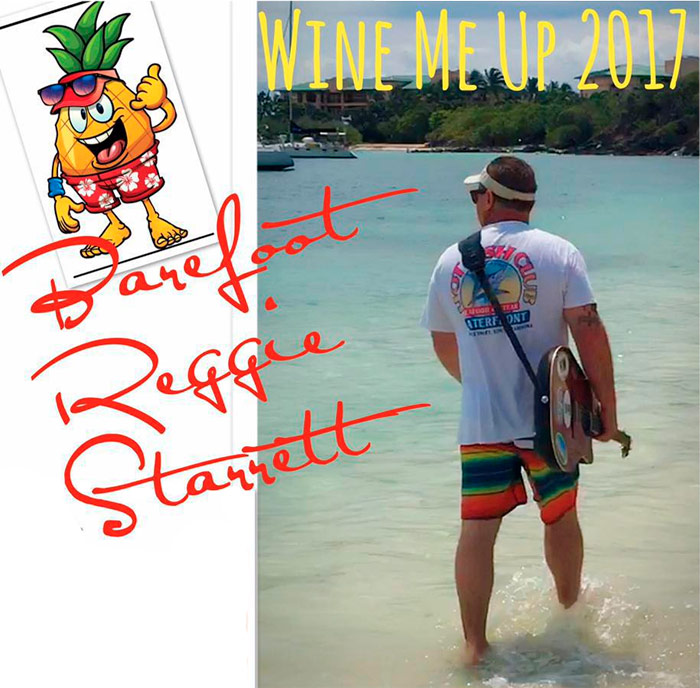 The new CD will also have new songs “North of the Weekend” and “One Line at a Time,” as well as “Only House on the Road.” Here’s hoping we can get our hands on it at MOTM! Reggie also enjoys playing the Pensacola, Florida area about once a month. He has regular gigs at Peg Leg Pete’s and sometimes and the Margariaville Beach Hotel. He always performs “barefoot,” of course!

For someone who put his music away for fifteen years, Reggie continues to make a big name for himself.

Keep up with Reggie Starrett via his Facebook Page and download his music from his Reverbnation Page.