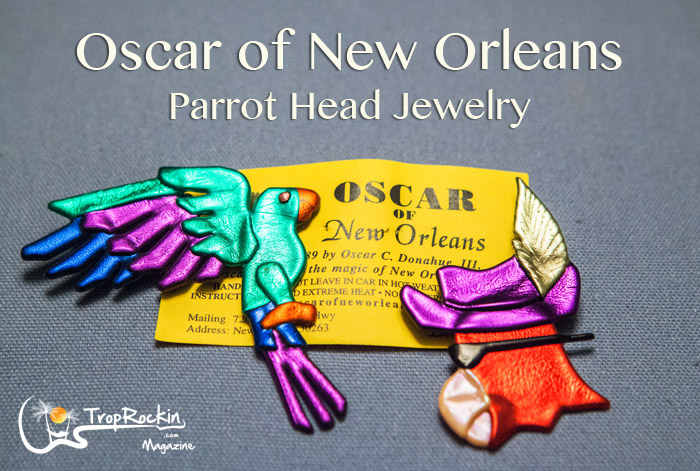 In the middle of the Margaritaville Street Party during Meeting of the Minds in November, I heard someone say they heard Oscar in New Orleans wasn’t making his fantastic Parrot Head jewelry anymore. I was very happy to report that rumor is false: Oscar did indeed lose his source from which his plastic material came from, but he is now making his own material.

Are you aware who Oscar is? He’s Oscar Donahue, and he has been making wonderful, inexpensive jewelry at his kiosk in the New Orleans French Market for twenty years. A transplant from Missouri, Oscar was on the national staff of the March of Dimes, but eventually came to New Orleans with a job working for the United Negro College Fund. He began to draw portraits on the weekends in the French Market; and eventually, Oscar’s Originals was formed in 1989. 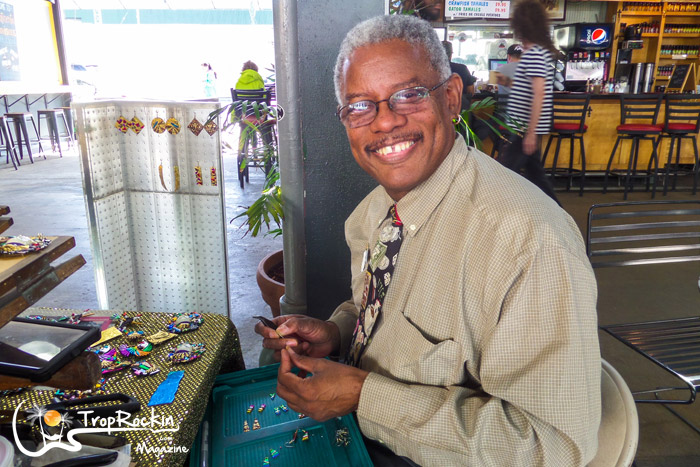 Oscar’s jewelry includes many colorful designs and he always has a great deal of parrot-themed jewelry during Pardi Gras and the Six String Music Festival. Parrot Heads are an important clientele to Oscar. When he left New Orleans during Katrina (he barely found enough gasoline to get out of the city), he came back just before the next Pardi Gras and the Parrot Heads were a boom for restarting his business. He says his warmest relationship is with the Parrot Heads.

Back to his jewelry material… the plastic supplier from which he got his material from the beginning of his jewelry career did close. Oscar contacted craft stores across the country to find the material, but he wasn’t successful. In order to survive, he taught himself how to make the material. He now has job #1 to make the designs, but his job #2 is making the plastic material. Even though it takes 3-4 hours a day to make the plastic, he says “every day is a joy to be here.” 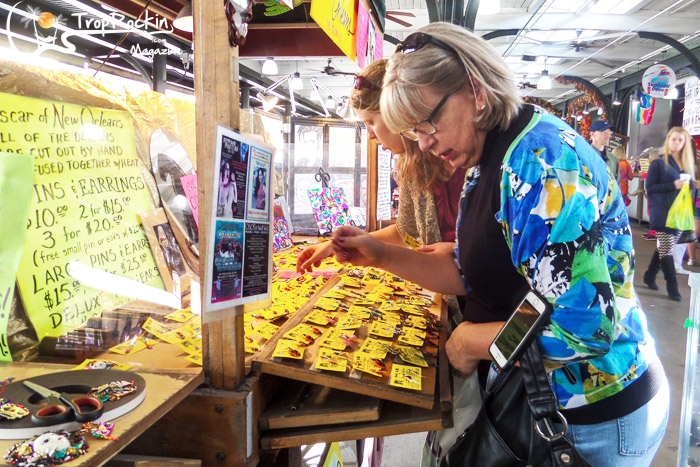 I’ve told Oscar for years that when I see other women wearing his jewelry, it’s as if we are a part of the “Oscar Sorority.” As I sat during our interview at his kiosk, he would rise to greet customers with a genuine “Welcome! Is this ‘Welcome back?'” I hope all attending Pardi Gras will go see this wonderful artist. As Oscar says, “I have a family reunion here every day!” 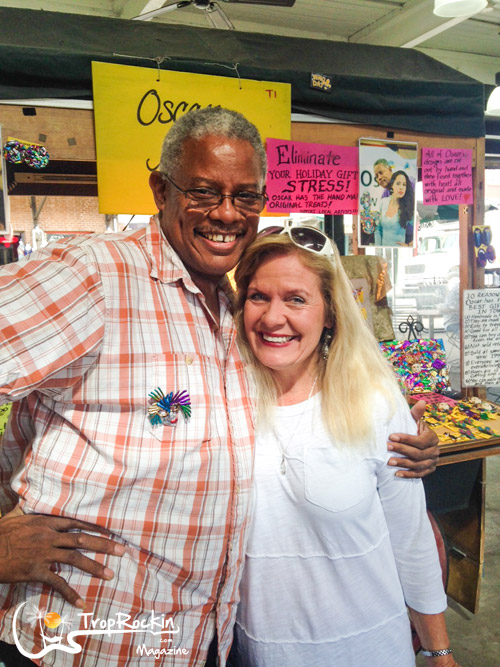 Save It
Mac McAnally Talks About New Album: AKA Nobody
← Previous
Dennis Davis CD "The Last Song of the Summer" is Sexy
Next →
Comments are closed.