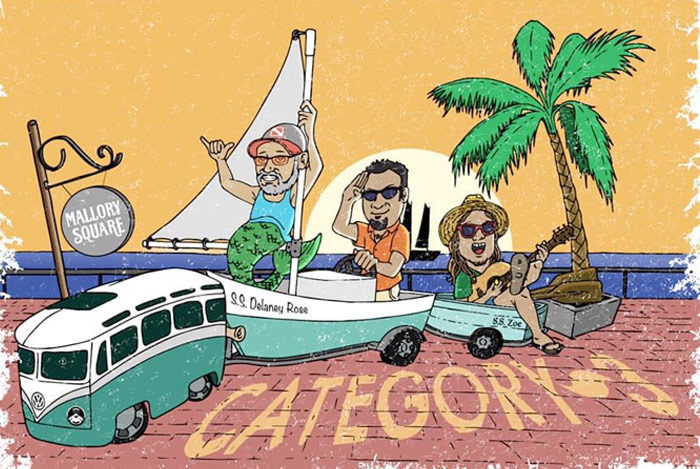 Trop Rock music fans participated in a “Name the Band” contest a few short weeks ago, hosted by three artists already making quite a name for themselves individually.

Danny Rosado, Boomer Blake and Jonas Lorence have some super gigs planned in Key West during Meeting of the Minds and came up with the brilliant idea finding a group name.

If you haven’t seen them before, Danny and Boomer are usually solo performers, but played as a duo a few times last year during MOTM / Trop Rock Music Week and at Music on the Bay. They called themselves “Danny Lowers the Boom.” Clever, huh? Add Jonas to the mix, though, and it was time for a new name. 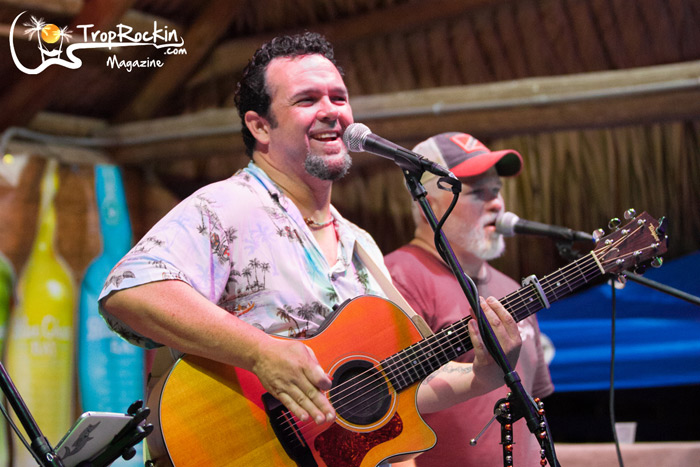 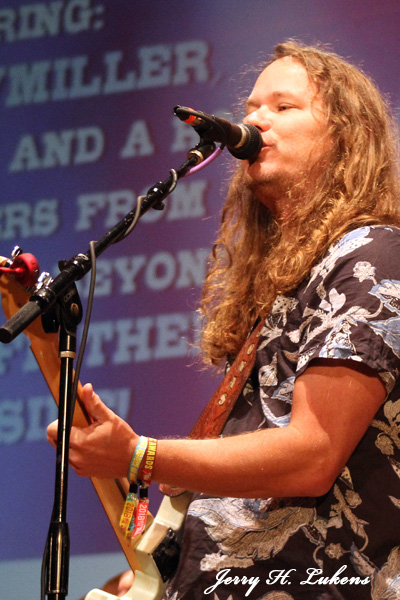 Key West musician Chris Rehm suggested the contest and they were off and running on Faceboook.

They’re not quite sure exactly how many folks played along, but they feel it was well over 100 and they had close to 200 name submissions, as some fans suggested several names. There were a great deal of innovative names and Boomer mentioned there were quite a few suggested with “Rum & Pirates & Buffett attached to them.”

Some of the favorite choices of the three musicians were DB&J, Tri Coastal, Tropical Diversion, Palm Strings and Flip Flop Renegades. There is obviously no shortage of creativity among Parrot Heads / Trop Rock fans!

They will be playing several gigs during Trop Rock Music Week, obviously, and they plan to continue playing together as often as schedules permit. Category – 3 is already booked for the 2020 Music on the Bay festival. The buzz was so positive after their time playing at last year’s events that there should be many opportunities ahead of them. 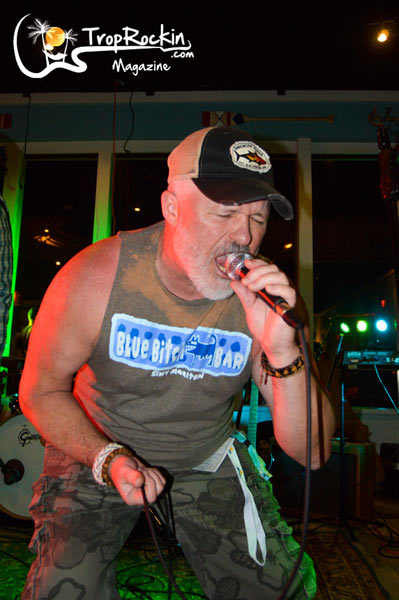 As to a collaborative CD, there are no plans in the works at this moment, but Danny, Boomer and Jonas all are excited with the prospect of writing together. They are very respectful of what each other brings to the musical table.

Jonas has high praise for Boomer and Danny’s great voices and harmonies, adding that he brings electricity to the group – literally, an electric guitar! Boomer added that Jonas plays a “mean guitar” and Danny can “remember the words to every stinking song that’s ever been written!” Danny chimed in to say, “Together I feel like we are greater than the sum of our parts and I’m excited to be playing with these guys.”

The first event to host this newly named talented trio will be Trop Rockin’ Magazine’s “Tuesday on the Island” party on Tuesday, October 29 at Sunset Pier. Come and enjoy Category 3, dubbed “the Happy Meal of Trop Rock” by Boomer Blake. You’ll have a blast, I can guarantee!