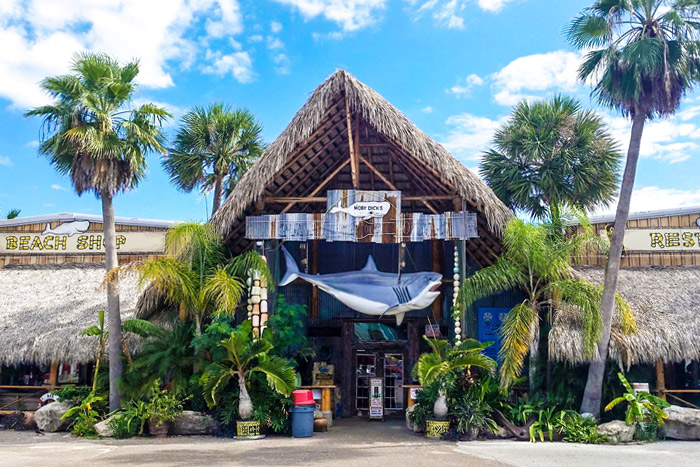 I hear that “tiki” is really hot right now. Tiki decor, vintage tropical attire, exotic drinks… There may be more “tiki” around now since the days of Don the Beachcomber (founding father of Tiki restaurants, bars and nightclubs). But in Port Aransas, Texas, thousands flock each week to enjoy great food and drinks in an almost Disney-esque environment that has been around for several years now – Moby Dick’s located at 517 S Alister St, Port Aransas, TX 78373.

The mastermind behind Moby Dick’s restaurant, bar and gift shop is Ed Zieglar, a self-professed “colorful character” in Port Aransas.

Ed hails originally from San Antonio, but has an incredible story. He was left by his brothers on the beach when he was fifteen years to fend for himself. He fished, made a camp in the sand dunes, and even caught and cooked rattlesnakes when he had to. And he had a very useful talent in a small town before the age of computers: he was a master at sign lettering. 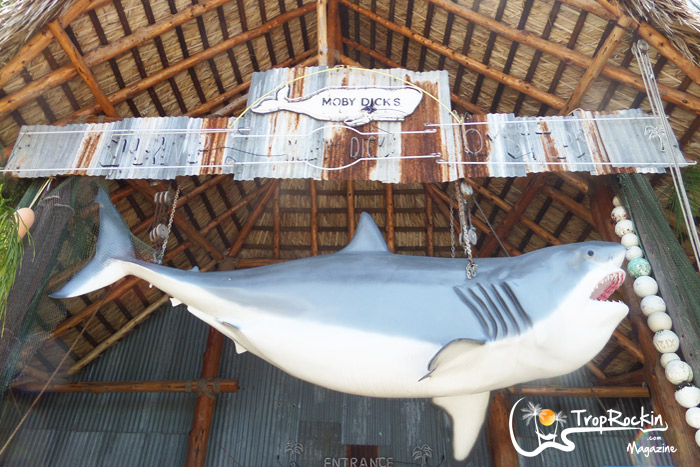 He managed to meet a Carnival sign painter who taught him some tricks and before long, he was painting city signs at the age of 17. Next, he was painting signs on the beach, signs for buildings, and even stop signs. His artistic talent took him beyond Port Aransas… he scaled small town water towers to paint high school logos.

Eventually, he went to work for Associated Clubs and was on a circuit decorating dance clubs such as Midnight Rodeo. He even did a stint with Tri Star Pictures. Did you see “The Legend of Billie Jean” years ago? Ed was responsible for the background set. But he went back to Port Aransas before long, since he realized he could make more money painting signs.

Fast forward to opening the restaurant – He sort of wound up in the souvenir business, since he found fun things and folks gave him unique treasures. He eventually decided to open a restaurant with a tiki/pirate theme.

Ed says his daughter was quoted as saying “My daddy thinks he’s in Hawaii.”  Well, Ed – Hawaii/tiki/pirate works! Moby Dick’s is now the most successful restaurant in Port Aransas.

You can start with breakfast there, move on to sandwiches and such at lunch and finish with a wonderful fish dinner and not touch a tenth of the menu. You can even bring in your fresh catch and Moby Dick’s chef will prepare your fish fried, grilled or blackened.

The bar features fun drinks such as the “Flaming Volcano” and other tropical delights. 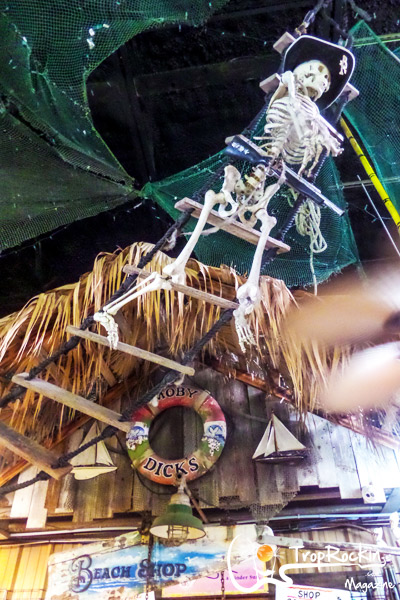 Recently, Ed (and his family, including son Ed, Jr.) bought a place down the street from Moby Dick’s and renovated it.

Again, tiki is the predominant theme, but “Ed the Beachcomber’s” is more upscale and they are very proud of their highly trained and innovative chef. Ed displays much of his ever-growing tropical collection and even hand painted all the wall border decor.

Ed the Beachcomber restaurant features seafood, steaks and hand-rolled sushi. There is a separate bar area and an outdoor patio in the rear. Ed can be spotted lighting the tiki torches just before dusk, wearing his captain’s hat. 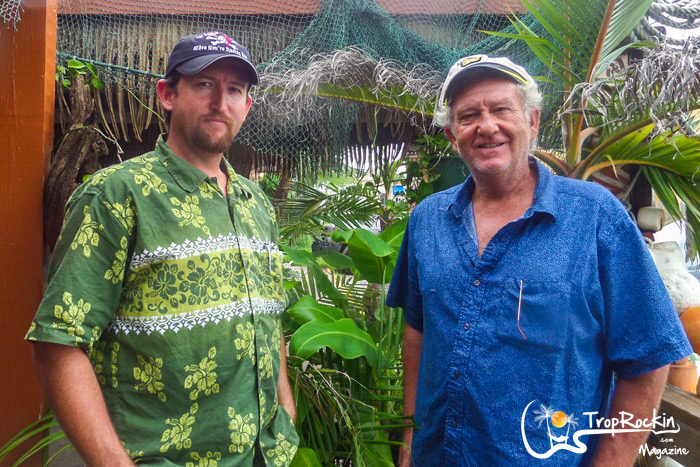 If someone ever suggests that “tiki” is something of the past, you can let them know about the “tiki-est” place on the Texas Gulf coast … and the man behind it all, Ed Ziegler!