Catching up with Cocktail History with revered bartender, Marvin Allen, at the Hotel Monteleone’s Carousel Bar

Have you ever tried to get a seat at the Carousel Bar in the Hotel Monteleone in New Orleans? Unless you go early in the day, you very well might find yourself lined up and looking to pounce on a seat when someone leaves. Well, you can probably find a place to sit within the bar, but the most special seats are at the (slowly) rotating bar which is fashioned after a carousel. I finally scored a couple of seats with my husband a few of weeks ago. What a fun experience! 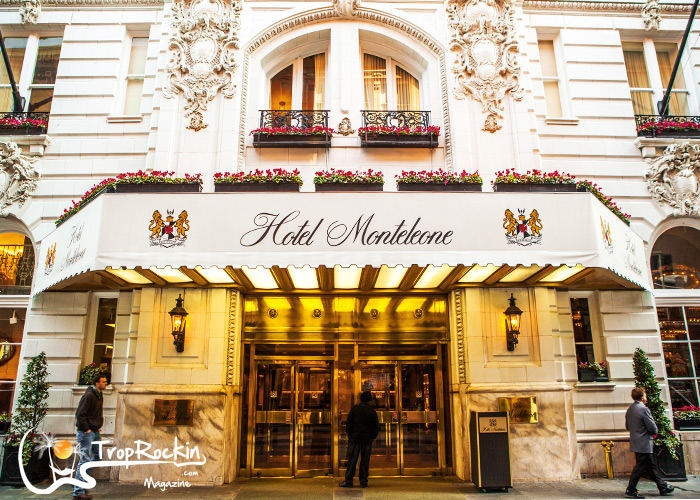 We eagerly plopped into the bar stools around the circular bar and a distinguished looking bartender immediately asked us what we wanted. Before long, we were sipping on a couple of “Papa Dobles,” served up with a story that these cocktails are based on a favorite drink of Ernest Hemingway. We just experienced our first cocktail history lesson with Marvin Allen.

After a bit, it was time for another round. My husband tells Marvin about a drink recipe he favors and in a couple of minutes a new creation appears… a takeoff on what what my husband had described. It was then that I knew I needed to talk with Marvin at length. 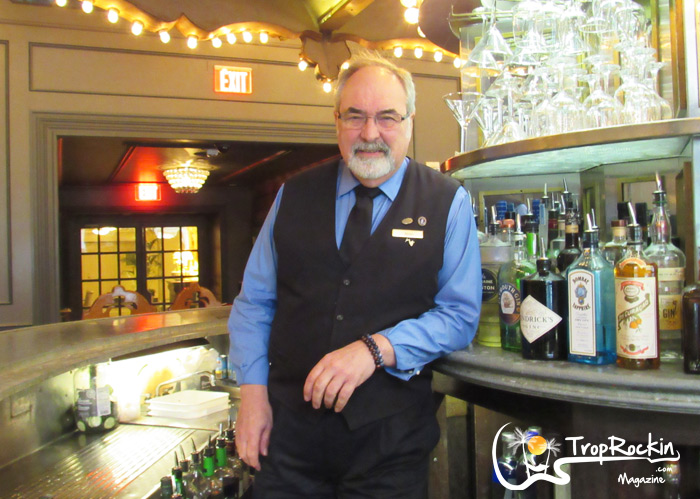 Marvin and I met later and I received a great number of facts and historical gems about cocktails. He spoke at length about how “the cocktail culture has changed in the last twenty years.” He is quick to give credit to the annual Tales of the Cocktail, a specialty event held every July at the Hotel Monteleone. The first “Tale” started with a few people having dinner and discussing cocktails. Southern Comfort became a sponsor and after Katrina, Bacardi took over in sponsorship and now the event draws over 20,000 people.

What did I learn? Well, Old Fashions and Manhattans date back to the 1800s and the Sazarac, born in New Orleans, was the forerunner of the Manhattan. A generation of bartending was lost during Prohibition in the United States and the Moscow Mule was actually created right after World War 2. The Tiki craze began in the 60s, then the 70s and 80s were full of sweet drinks such as strawberry daiquiris. But the movement of craft cocktails began to grow and now it’s a different world in bartending. 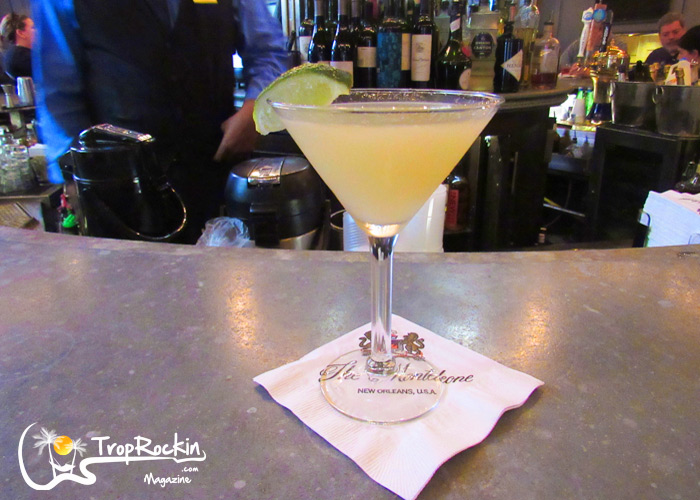 Marvin admits “bartending became less than a noble profession,” but that has changed. Instead of “dumbing down” cocktails, there are many more cocktail menus at restaurants and a good bartender can now have a great career. He has worked at the Carousel Bar for 15 years, another couple of fellows have been there 18 and 21 years, respectfully. The Carousel Bar has a long standing history, having opened in 1949 and receiving a total renovation in 1992. Marvin tells me he knows of several third-generation customers who still return to the bar and this unusual but classy atmosphere has inspired a few wedding proposals. 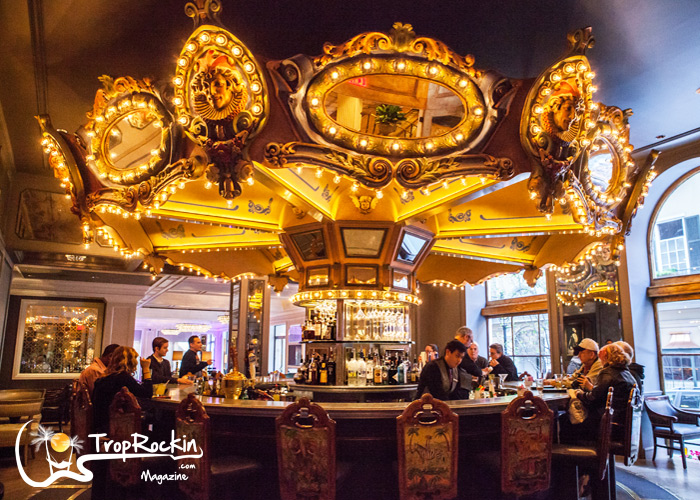 But back to Marvin and his bartending philosophy. He says the taste buds can’t discern more than five to six ingredients in a cocktail and that the main liquor flavor should carry the drink. “You have to sit back and look through a guest’s eye,” he told me. And the main concept is “classic and simple.” So the next time you’re in New Orleans, head over to the Carousel Bar and let Marvin make you something special.

Here is something very special: the recipe for the drink he made up on the spot for my husband Don called the “Muir Special.”

Save It
Recipe: Chili Cheese Dip Stuffed Chips for a Filling Appetizer
← Previous
Lone Star Luau Wrap-Up - What A Weekend in Texas
Next →
Comments are closed.