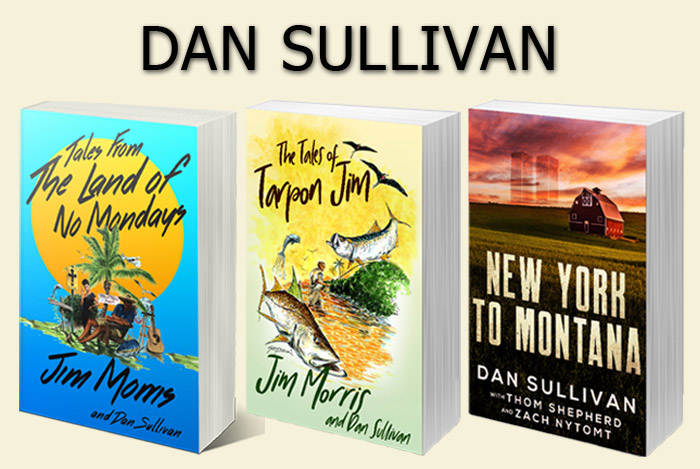 Are you aware that there are now two Dan Sullivans associated with Trop Rock music? Most of us know Dan Sullivan of The Detentions, but are you yet familiar with Dan Sullivan, the author? “Dan the writer” enjoyed a great friendship with the late Jim Morris and he has published two books that feature tales which incorporate lyrics from the many songs Jim Morris left behind.

So how did Dan get to know Jim and start his writing career? Although he still has a day job in the mortgage industry, Dan told me he’s been writing all his life. “I love telling stories and I love putting it on paper,” he assured me.

About twenty years ago, he had a story that needed to come out of him and the end result was his first novel, called “Downwind Run.” It’s not published, however, he is the process of re-writing and hopes to publish it this fall. His first published novel is called “The Greatest Patriot.” When asked about his love of writing, he said, “Writing is like building… you put the pieces together. It gives me the same sensation of building.”

Then in about 2000, Dan met Jim Morris. Boise, Idaho, where Dan lives, became an annual destination for Jim and they became friends. Writing and fishing were common denominators and they began to work together to put stories into the now-published book, “Land of No Mondays.” 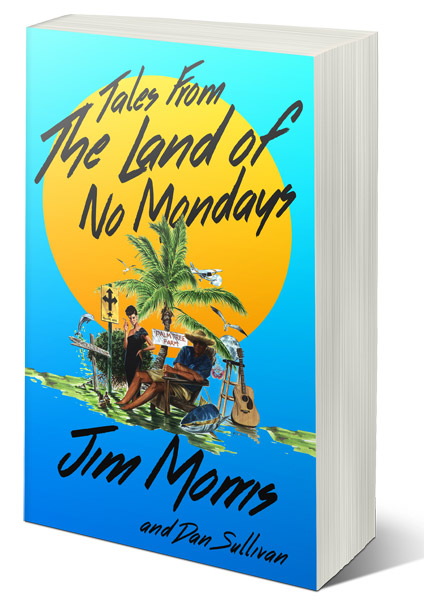 Over sixteen summer visits to Boise, he and Jim developed the main character named Jack. Unfortunately, the project died along with Jim in 2016, but Dan felt it should be finished and published. He completed the book in a relatively short time and called Jim’s widow, Sharon about the achievement. After he sent her a copy of “Tales of No Mondays,” she agreed it should be published.

Sharon Morris and Dan talked in early 2018 and decided a second book was in order. The second “Jim Morris” novel is called “Tales of Tarpon Jim” and is based on the song of the same title. Apparently, several scenes take place at the Lorelei restaurant/bar in Islamorada, FL. Four to five months later, this new book was on the market.

Dan Sullivan is a friend to other Trop Rock music artists and has collaborated with another favorite, Thom Shepherd. The seed of co-authoring a book based on a song was planted and “New York to Montana” debuted at the recent Lone Star Luau 3 in Marble Falls, TX.

Dan was challenged to produce a book containing 63,000 words in just 75 days. The book is based on the song of the same title, which is featured on Thom Shepherd and Coley McCabe’s new album titled Shotgun. According to Dan, “the song is the story.”

Back to the first book, “Land of No Mondays;” without writing a review, I must relay that any Jim Morris fan will love the many, many references to Jim’s songs. Lyrics abound in every chapter and fans will “smile out loud” as they turn the pages.

Dan told me another Jim Morris song may eventually become a third book revolving around Jim’s lyrics. We’re thankful that Dan and Jim talked stories for years and Dan has seen to it that Jim’s tales live on past his too-short life.

“Writing in this genre with these people in the great Trop Rock family,” Dan related to me, “it’s such an honor to write along with Jim Morris and now with Thom Shepherd.”

Thank you for seeing these wonderful projects to fruition, Dan!

You can find Dan Sullivan’s books on Amazon