Don Middlebrook seemingly never stops writing songs. He scribbles on a legal pad as he drives cross country. He creates new songs literally on the spot at live performances. The best part is, he writes songs based on life experiences. Some his own and some other people’s stories. And that’s why his songs truly feel genuine.

Guitar Island is Don Middlebrook’s latest release containing 18 original songs certain to take you on a tropical vacation with one quick dip to the French Quarter and one slight detour up north. It’s about Parrot Heads, Pirates, Tropical Islands and it’s positively Trop Rock. 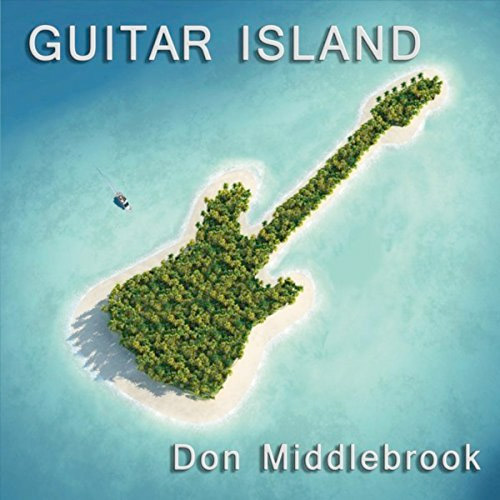 The CD opens with “She’s Not Lost,” a standout song on this album based on a Facebook post during the annual Parrot Head Convention, Meeting of the Minds. Wanderers in life aren’t always lost souls and this song captures that moment when this woman goes off to explore life in a tropical destination, finding new experiences while those at home are trying to figure out if she’s lost. Sure, she’s avoiding the cold weather, work and whatever else is back where she came from, but she’s certainly not lost. The lyrics “Looks like the girl has given the world the slip” is exactly the kind of escape song we love to take us away from the everyday.

The groove on “Harbor Lights” feels good in the soul. It’s a sweet story of love and comfort combined with a wish-up-on-a-star type quality where the harbor lights represent the safety of home. If you’ve ever lived where you can look out over a harbor at night, you know it’s a peaceful and harmonious feeling. Don doesn’t get into the details of the sound of the waves or the light clanging of halyards on the sailboats anchored in the harbor, but you’ll imagine those comforting sounds as you sway to this song.

The title song “Guitar Island” let’s you escape again, this time in a boat off to the fictional guitar island. You’re leaving all your worries behind on the mainland and enjoying the ride to the tunes that make your “heartbeat like a base drum.” This song intertwines feelings with music creating interesting metaphors, a signature songwriting style by Don Middlebrook. His songs are full of clever writings which makes them as compelling as they are entertaining. 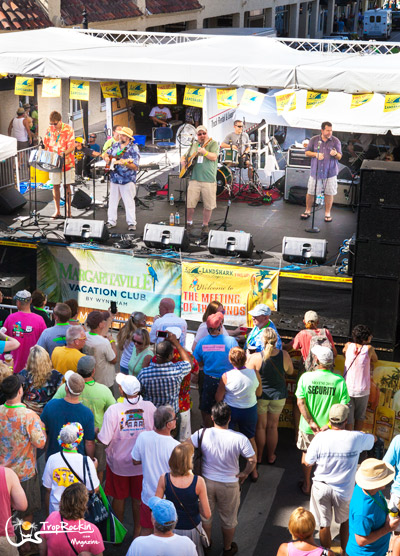 If you only remember one thing about Don Middlebrook, know that charity is important to him. As a singer/songwriter and entertainer he has an opportunity to reach large audiences and he consistently takes that opportunity to help raise money for charitable causes. Guitar Island, like many of his projects, is no different. Don partnered with the world famous Wyland on the song “I Paint A World.”

Wyland is a renowned artist who paints and sculpts ocean wildlife. Are you familiar with the large undersea mural on the side of the building in the Key West seaport? That’s a Wyland. He has galleries world wide, murals across the country and he’s bringing awareness to the importance of healthy oceans. And if you purchase the physical Guitar Island CD, you’ll own you’re very own Wyland since he created the cover art. 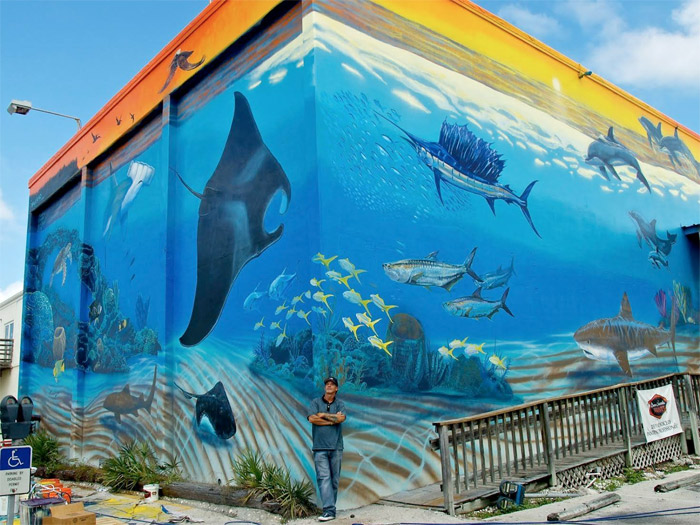 With his giving heart, Don Middlebrook took to the challenge to help raise funds for healthy oceans. One hundred percent of the money from the downloads of his song “I Paint the World” go directly to the Wyland Foundation. Not only are you helping the most valuable resource on earth, you’re going to love this song. It celebrates a world “where the music plays on” and “blue whales sing their songs.”

In celebration of the Trop Rock genre, Don wrote the song “Pure Trop Rock.”  Don loves the uniqueness of this song because “the musicians get to actually be the charterers in the song and that never happens!”

“Pure Trop Rock” is the summer fun song where we “party a lot” from the Tiki Bar to the boat, we may run out of beer, but our friends come save the day. John Patti shows up to play steel drums and before we know it Doyle Grisham joins in on the pedal slide. Soon we’re all in a conga line. It’s the perfect day and it really is “Pure Trop Rock.” 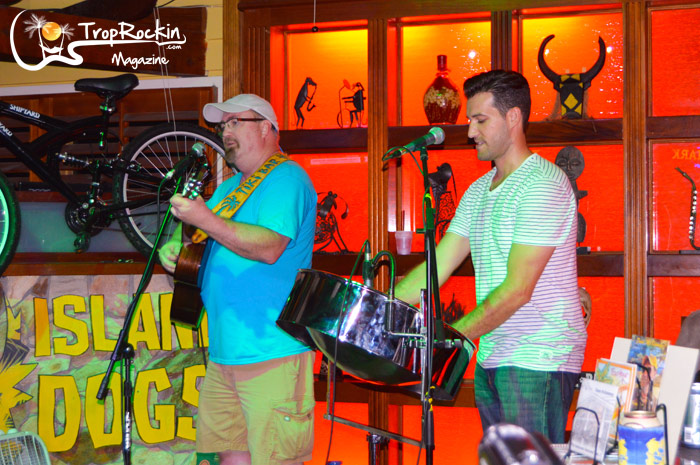 When it comes to a Don Middlbrook CD, there really is a fascinating story behind each song and if you get the chance to see Don perform live, take it. It’s not just his songwriting that shines, he’s a great musician and a phenomenal performer. Grab a shaker or one of Don’s tambourines and join in. Who knows, you might be in one of his next songs.

Head on over to Don Middlebrook’s website to find out where he’s playing next or to order you copy of Guitar Island.