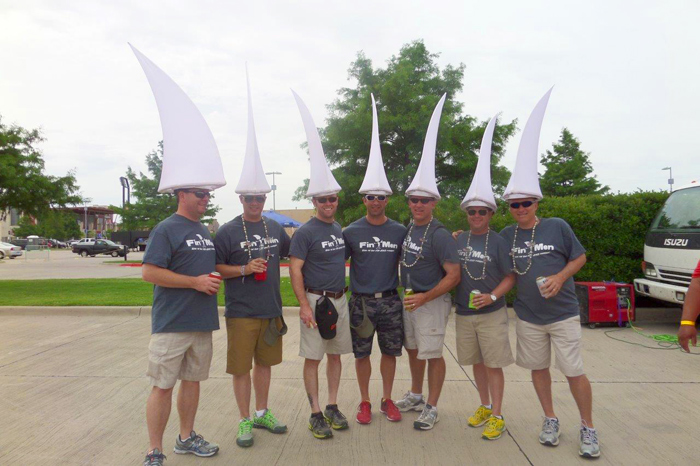 For years, I’ve seen a group of men, sporting giant lit fins on their heads running through the audience at the Jimmy Buffett concerts in Frisco. Wait – I’ve seen them in the Las Vegas concerts, too. Once I tried to set up an interview with them and was rebuffed. But a couple of months ago in Las Vegas, my luck changed! I was invited to what was the weekend den of the Fin Men and met a group of ordinary guys who become extraordinary at Jimmy Buffett concerts.

The Fin Fraternity began back in 2002 when their “leader,” Kevin Fogarty traveled to see Buffett in Nashville in an RV. He built an 8 foot shark fin to go on top of the RV and built his own version to sport as he walked around the parking lot party. His original hat was solid and did not light up, but it sure sparked a great idea for him and several of his college and work buddies… The Fin Men were born! In 2003, Kevin designed the first fabric hat (much easier to wear) and in 2007 they decision was made to put lights in the hats. 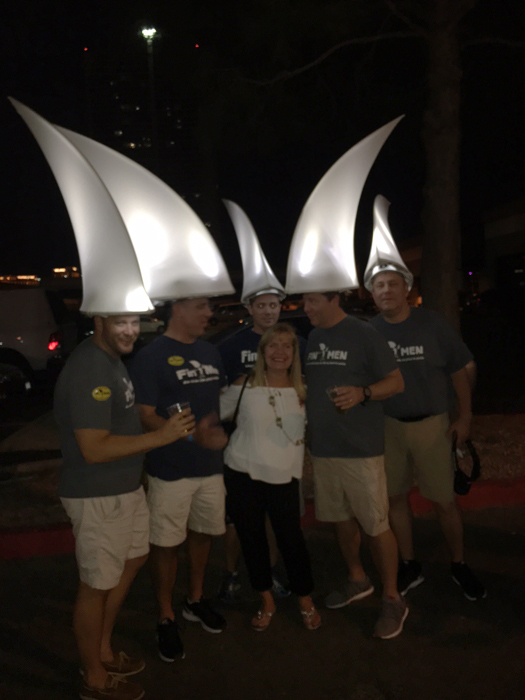 And where do the Fin Men go? They have been spotted at Jimmy Buffett concerts in Las Vegas, Cincinnati, Little Rock, and even Paris. But Frisco, which is one of the top Buffett parking lot parties in the nation… they are always at Frisco. There are more than 20 Fin Men alumni, but eight of them usually attend a Buffett concert and all the merry making that goes with it. Before the concerts, they give special Fin Men stickers away (I think they enjoy applying said stickers to women!) and many folks have a collection, as each year brings a new date for the sticker. 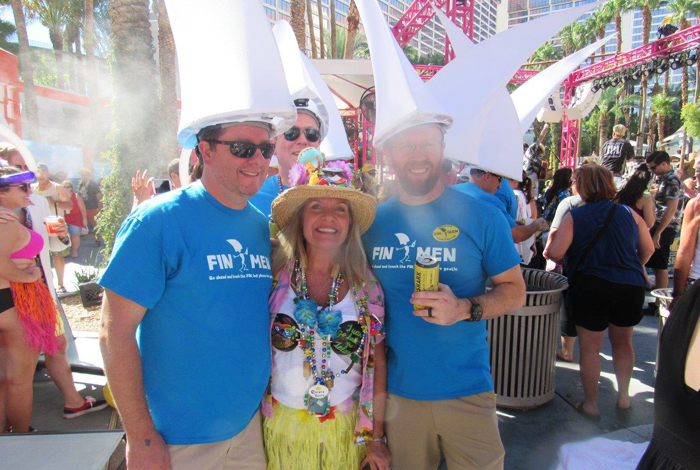 Frisco is rather special to these guys. This past May 28, 2016 was designated as “Fin Men Day” by the mayor of Frisco and they received a special proclamation. Maybe that was to make up for the year that they were “giving” away t shirts for a $5.00 donation and got busted by the vigilant Frisco police at the Frisco concert parking lot. One of them had to go to jail, but the word soon spread about the incident and over $1,000.00 was donated to pay his bail. True Parrot Head compassion!

Jimmy always mentions them and essentially cues them to run up and down the aisles in their glowing fin hats during a concert. One year, a specific fin hat had a Go Pro camera mounted to it and Jimmy wore it for a while, later using the filmed footage at a concert. And Jimmy was lucky to have worn the hat – I’ve asked in the past to try one on, as have hundreds of folks, but the tall creations are too fragile to risk being taken on and off multiple times. They are unique, no doubt. The fin hats traveled to Las Vegas in a wardrobe box and many people have offered to buy them. The highest bid so far is $5,000! 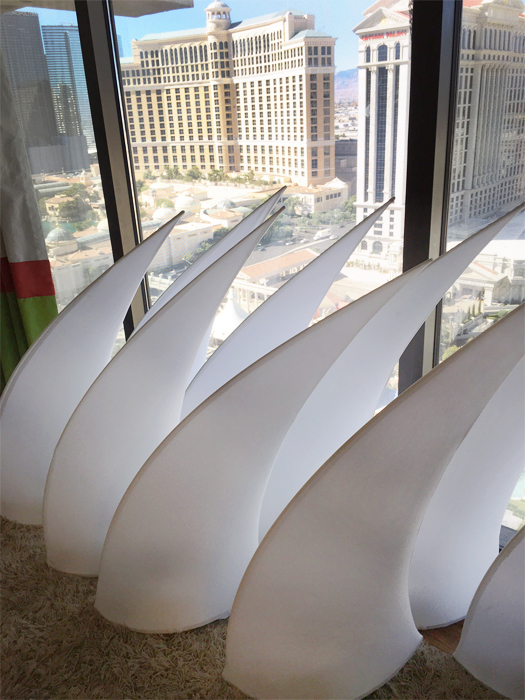 Mostly, theses guys love Buffett and love hanging out with fans. The next time you see them, tell them you read about them in Trop Rockin Magazine!