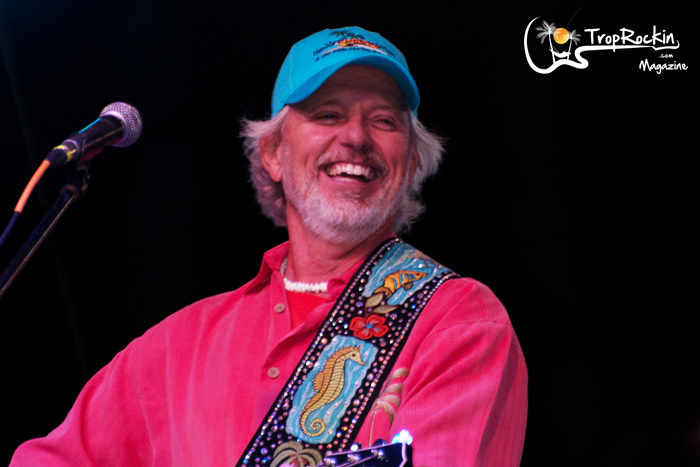 What is a KOA Care Camps? It is a camp which takes children with cancer who don’t have a normal life and allows them to be regular kids for a week.

Howard was invited to play at the KOA convention in Houston and he met many of the kids who benefited from KOA Care Camps. It was then he decided this would be his charity of choice for which to raise money.

And have you seen Howard perform live and make a pitcher of margaritas using his old 1952 Johnson outboard motor? That fun idea is also to benefit KOA Care Camps, with the margarita auctioned off in the end. 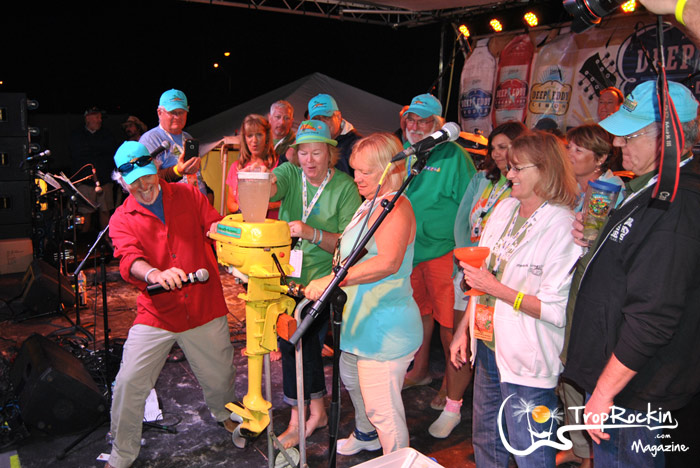 Howard making his famous margarita at the 2016 Music on the Bay event in Tampa, FL.

When Howard and I spoke back in March, the most money an auctioned margarita had brought in was a whopping $15,600! At the annual Meet Me in the Keys event held in June this year a new record was set for one of Howard Livingston’s margaritas at $30,500! The whole event raised $70,000 for KOA Care Camps… wow! Marc and Tammy Hollander spearhead this terrific event and work hard along with Howard to make sure this is a super fundraiser.

Howard tells me it takes about $500 to send a child with cancer to camp and “a dollar is a dollar at the Kare Camps.” In other words, the money raised doesn’t filter through many channels before it goes to help a child. The money is used wisely in the best way to get that child to camp.

Through the last several years that Howard (and his lovely wife Cyndy) have been raising funds for KOA Care Camps, they total amount accrued has been over a half million dollars. What a tremendous effort for a worthy cause.

We know Howard sings “the reason I’m smiling… I’m living on an island!” I believe another reason he smiles so much is that he knows how much his efforts, along with his friends and fans, are helping children with cancer.