Singer/Songwriter Howard Livingston was Kentucky born, Indiana raised, Chicago Corporate and a Summerland Key vacationer when it all came together in his head as a song. Trop Rock Music Association multiple award winner with awards for Song, Mile Marker 24 Band, Entertainer, Album and “I Can” award for exemplary Community Service/Charity.

Howard inspires his fans to toss the snow shovel and grab a beach chair and they can even join his fan/friend club “The Castaways.” Howard, with his over 50 original songs and thousands raised for charity, leads me to say he made the right choice in leaving the corporate world and taking up the troubadour island life. Here is Howard Livingston’s story behind his song: 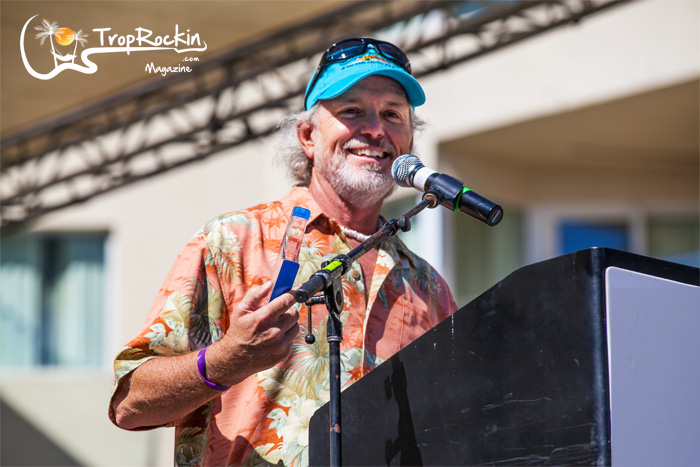 How “Livin’ On Key West Time” changed my life:

I lived in Chicago at the time but had my little house on the tiny island of Summerland Key, which I visited as often as I could. I was in corporate America and traveled all over the world.

I was in a business meeting in China and everyone was sitting around a large conference room table. As the meeting progressed my mind drifted to my dock in the Keys. The sunshine, beautiful water and I could smell the salt air. It was almost like one of those old Calgon commercials. Anyway, the group was trying to figure what time it was in Chicago to make a call there. I had no idea what they were talking about and felt like the kid in school who is asked a question by the teacher when he has not been paying attention.

Having jarred me from my peaceful daydream, I remember the question well. “Howard, what time is it in Chicago?” Having no idea what they had been talking about, my answer was simple. “I don’t know what time it is in Chicago or anywhere else, right now I’m on Key West Time.”

That evening I went back to my hotel room and in about 5 minutes wrote “Livin’ On Key West Time” and my life was changed forever. I gave up the wingtips for flip flops and traded my necktie for puka beads and never looked back.
— Howard Livingston

Take a mini vacation from the world and let Howard Livingston make you feel like you’re “Livin’ on Key West Time:”