Jack Mosley has always been determined to push beyond the boundaries with his powerful songs and unique voice to back him up. From Florida grown to Nashville and back to Florida experiencing the blend of country/folk/rock, Jack is one of the most talented writers, composers and performers of this Trop Rock genre. Jack Mosley fans are also some of the most faithful followers I have ever seen, they stand by Jack and can not wait to hear his next masterpiece or lyrics of lessons. Here is the story behind a wonderful song, “Time on the Water,” from the melting pot of Jack’s mind: 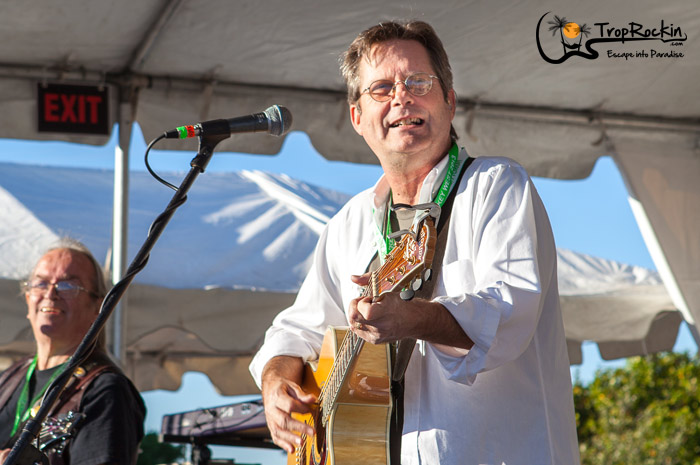 I had come up with the idea for a song called “Time on the Water,” and had actually written the chorus, but was unable to come up with the verses. So I did what I usually do when that happens and put the song in what I call my mental crock pot. I do that when I feel a song needs to stew for a while in order to get it right!

Now in those days I was only playing music and in order to get up and be motivated for the day, Debra and I were getting up early (before it got too hot) and went walking from the Tom Adams bridge over to the public beach on Manisota Key and back. On one morning we were walking across the bridge and I looked over and the moon was setting in the west and the sun was coming up in the east. It was a beautiful site and some lyrics kind of dropped into my head….. “when the sun starts to rise and the moon starts to set, there’s one in the east and one in the west, its a beautiful site…..”

When we got home from the walk I went into my studio and started writing. As this song was developing the thought occurred to me that it would be pretty cool if I could combine the idea of “Time on the Water” with this new song. So I started looking at different keys that the song could be sung in and found one that I could work with and from there it kind of just fell together!

Because of the subject matter of the middle part of the song (the whole when you’re out on the sea thing) I was able to figure out what to do with the verses for the “Time on the Water” portion. I have always been a big Harry Chapin fan and wanted to write a song that had different moving parts like he was prone to do and this song was the perfect opportunity!
And THAT is the story behind the song!
— Jack Mosley

Listen to a snippet of Jack Mosley’s “Time on the Water” as it starts off slow and builds to a fist pumping beat: