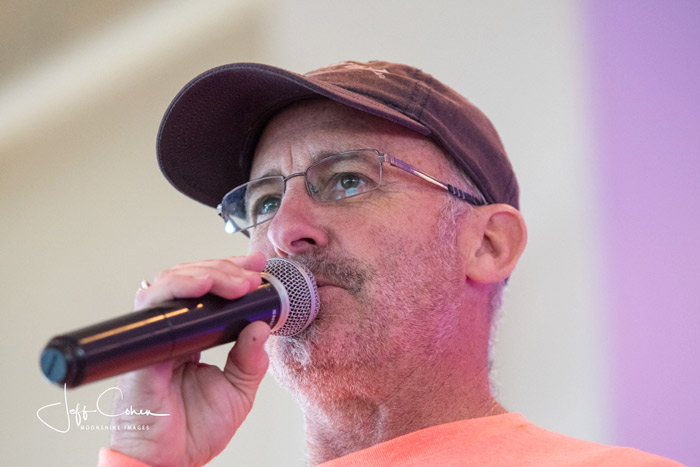 You very well may have spied JD Spradlin, a Tallahassee native, working in the Mini Mart area at Meeting of the Minds. Maybe you’ve seen him in The Parrot Perch at the Orlando Margaritaville Cafe, located in Universal Orlando Theme Park. Most likely, you’ve heard him on Radio Margaritaville, usually broadcasting his show from late morning until early afternoon. I found out how he got to that point in his life when we set down for an interview which ended up more like chatting with a longtime friend.

JD launched his career as a DJ while in college and attended his first Jimmy Buffett show before he was twenty. “It meant very much to me,” he recalls and it wasn’t long before he owned two Jimmy Buffett albums: Living and Dying in 3/4 Time and One Particular Harbor. He even wrote a college paper about the song “Little Miss Magic,” penned by Buffett about his daughter, Savannah. Little did he know at the time that he would meet Jimmy and Savannah both in the coming years.

After college, JD Spradlin moved to Orlando where he worked for Disney at the old Pleasure Island for several years. He even ended every night of DJ work with playing a Buffett song, but he was unique in that he performed as well as spun the records. He wore costumes, would lip-sync to songs, and basically had a great time as he provided his own style of entertainment. Then he heard Margaritaville would be coming to Universal and that Sirius Radio was building a DJ booth, which would be known as The Parrot Perch. 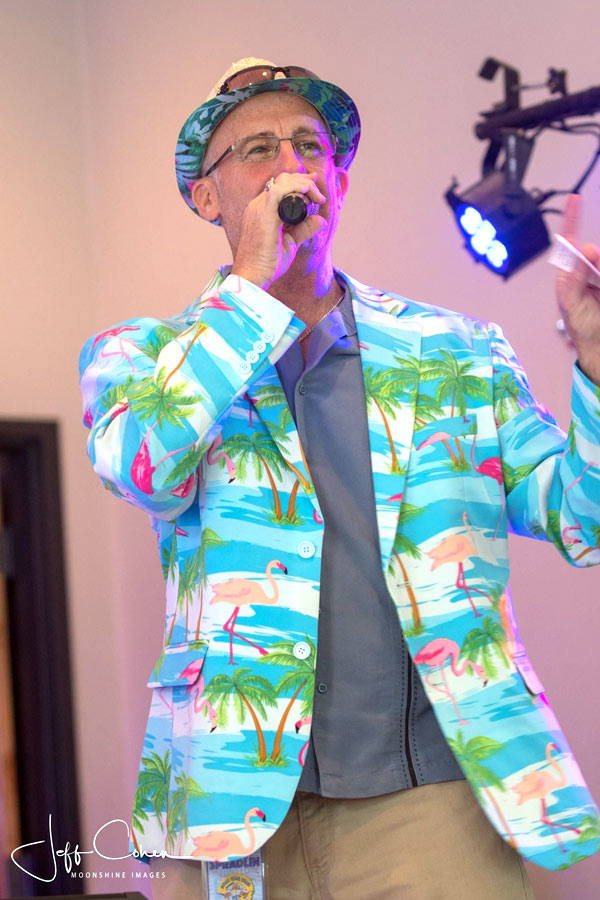 He really, really wanted the Radio Margaritaville DJ job and put great care into his audition tape. He used the Universal Studios Mel’s Diner location as a background. JD videotaped, pulled audio and edited to make an audition tape that Sirius apparently couldn’t refuse. In 2007, he was still in training on the first day the Orlando booth opened, but who should show up besides Jimmy Buffett? Surprisingly, Savannah Buffett made an appearance too. JD told me it was great to meet Jimmy, “but I was actually more nervous meeting Savannah.”

What’s the secret to JD’s success as a Radio Margaritaville DJ? He maintains copious notes on Buffett music and trivia that he uses when he works, so listening to his show will provide interesting education regarding Buffett. He welcomes fellow Parrot Heads to visit him in The Parrot Perch and is happy to take time to meet listeners and fans. He is in demand as an Emcee at events across the country, as well. When I asked about his sign off music (an ukulele version of Jimmy Buffett’s “Boat Drinks”), he explained the instrumental background is fitting for his signature way to end each broadcast… “May all your drinks be Boat Drinks with friends. Cheers, y’all.” 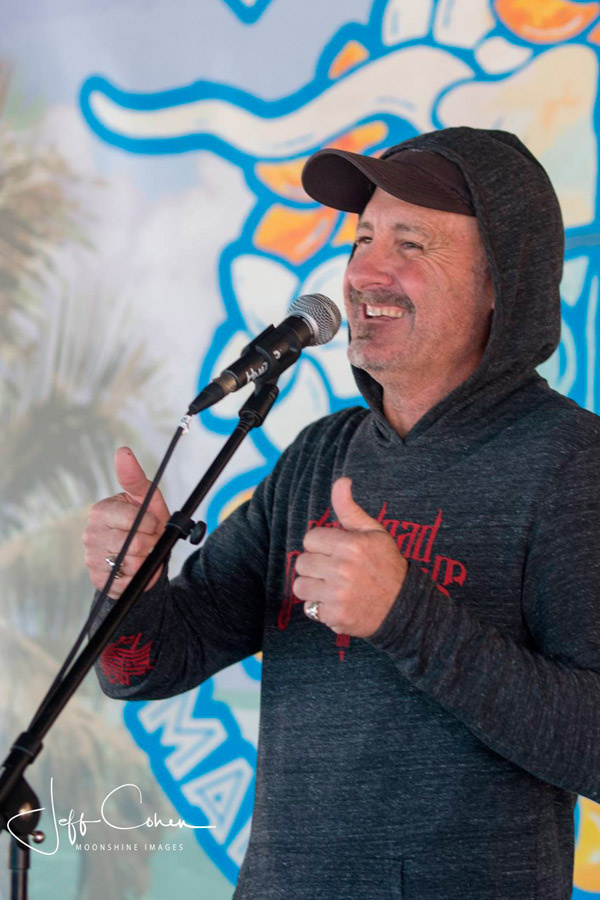 Thanks, JD Spradlin, for making our Radio Margaritaville listening that much better!

All photos courtesy and copyright Jeff Cohen at Moonshine Images.