During my recent (first time) attendance at Trop Rock festival, Music on the Bay in Tampa, Florida, I had a wonderful time listening to Jeff and the Camaros on stage for three different mini shows. Before the first show, we sat down on the white sandy beach outside of Whiskey Joe’s, the event venue. There Jeff Brewer proceeded to tell me about himself, his music career, and those ambiguous Camaros. 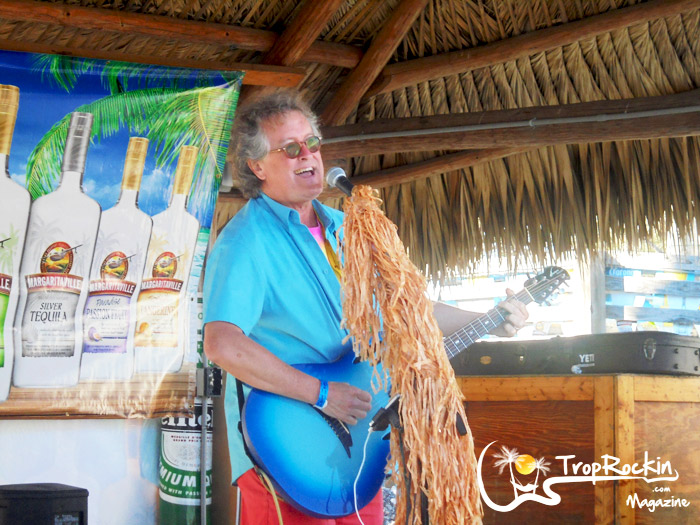 Jeff and the Camaros performing at Music on the Bay 2016 in Tampa, FL

Jeff started playing electric guitar back in high school, but grew up to work for a division of Delta Airlines as a multi media developer. After the 9/11 tragedy, airlines had a hard time for a while and unfortunately, Jeff was laid off. What to do? Start writing music at home! Actually, he began to record his own arrangements of songs on his laptop. He took that little laptop to an early solo gig in Marietta, Georgia and performed to his arrangement of “Brown-Eyed Girl.” He was an instant hit and kept that gig for two years.

The year 2004 found Jeff taking a job near Panama City, Florida and he began to make the rounds of terrific Trop Rock / Parrot Head festivals. In no time at all, he had played Parrot Head Rendevous, Phlocking of the Phaithful, Riddles in the Sand and Meeting of the Minds. 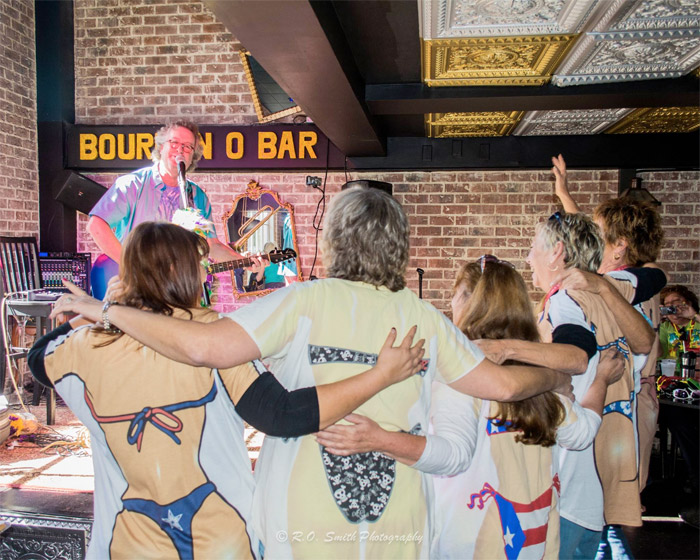 Jeff found that it’s hard to keep a full band together all the time, so the laptop technology works for him. I saw that his showmanship also works for him – his show is fun, upbeat and he always sings with a smile on his face.

But what about the Camaros? Have we kept you in suspense long enough? It turns out that a friend suggested he take a name befitting a fun country band….”Travis Jeffrey and the Camaros” was the suggestion. Jeff opted for his own name, but kept the Camaro part of the title. The final decision, though, came because of a Budweiser banner. He was at a music event and apparently “Jeff Brewer and the Camaros” wouldn’t fit on the banner. The sign read “Jeff and the Camaros” and history was made. 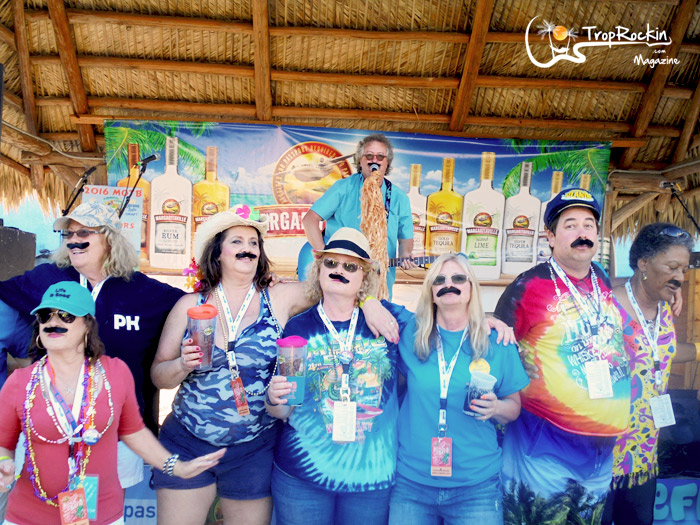 I mentioned that Jeff has a fun show… a couple of his helpers, aptly named “Camaro-ettes,” hand out fake mustaches before he performs “Pencil Thin Mustache” and Jeff calls all the mustachioed fans up to dance in front of the stage. He has two CDs out – “Beachaholic” in 2013 and “What Could Happen?” in 2015. Jeff does write some of his own music and he tells me the song “Nut Magnet” is a favorite of fans.

Jeff has already been featured this year at Pardi Gras and Music on the Bay, two of the finest Parrot Head / Trop Rock music festivals. Coming up, you can catch Jeff and the Camaros at three more large phlockings: Panama City Parrot Head Club’s Rendezvous (April 22-24), Phlocking of the Phaithful in Put in Bay, Ohio (June 9-12) and Riddles in the Sand in Galveston, TX (July 28-30).

As we sat on the white sand, Jeff grinned and said “I enjoy being a tiny little slice of the Trop Rock world.” And we love the huge slice of entertainment that Jeff and the Camaros deliver!

Keep up with Jeff and the Camaros on his website.