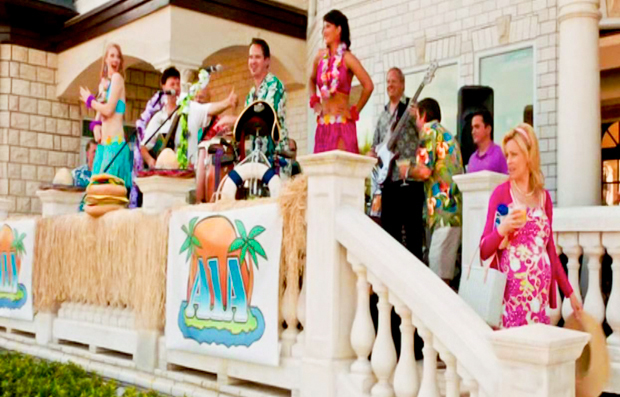 No Jeff, This Is Not A Joke

In the spring of 2011 I received a text message from the lovely Miss Nadirah Shakoor. If you are reading this article then you know all about Nadirah.  The text informed me that she had received a message from Mike Ramos (Jimmy Buffett’s personal assistant), which he wanted her to pass along to me. The message simply said this. “Tell Jeff Pike that if he gets a call from a Hollywood Producer about being in a movie that it is NOT a joke.”

So I am riding down the street one day, cursing Atlanta traffic and wondering why I still live here, when my phone rings. On the other end is a very nice and polite British gentleman asking me if A1A would like to be in a movie.  So of course I said yes and listened to what he had to say. It turns out that Jimmy Buffett had recommended us for a role in an upcoming movie entitled, “What To Expect When You’re Expecting.” At first I was under the assumption that this was a low budget movie. That is until he started talking about Cameron Diaz, Jennifer Lopez, Chris Rock and Dennis Quaid.  At that point it was all I could do to hold my composure, not spill my coffee and run off the road.  It also happened that the Associate Producer had seen A1A and was a big fan, so we were already in. All we had to do was say yes. In the end I did spill my coffee.

Our first mission after the lengthy process of deciding what songs they were going to have us perform in the movie was to go into the finest studio in Atlanta, Georgia and cut the audio tracks. We were taken into Dopler Studios, given two Grammy Award winning engineers and proceeded to cut two tracks. With our fearless leader and manager Vance Kelly driving the session we had three amazing days in the studio. During that time we cut the Jimmy Buffett song, ” Why Don’t We Get Drunk,” and an original song called “Hey Margarita” by Lance Price, which we had recorded earlier that year for our most recent all original CD, “The Road To Paradise.” 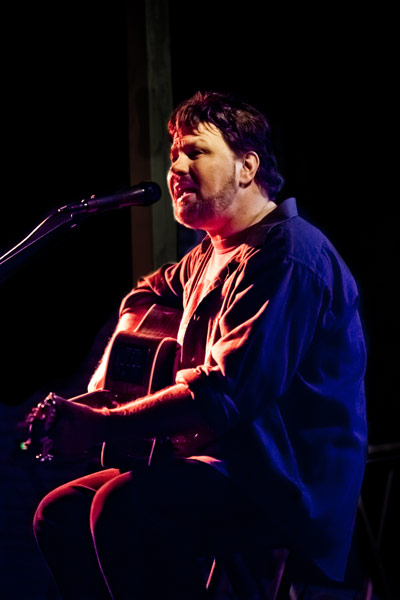 Hurry Up and Wait

Audio tracks completed, it was finally time for our two days of shooting. Two VERY long days I might add. For those of you who are under the impression that making a move is very tedious, time consuming and at times can be quite boring, well, you are right. You may have heard the expression “Hurry up and wait,” that a lot of actors use to describe the process of film making. Well, there is a reason for that. Why? Because that is what you spend the majority of your time doing.  But when it is your time to shine, you better be sure that you are rested and ready to give 100%, for they demand it, and it is expected. Even the smallest scene is shot dozens of times. Shot for different lighting, different colors, different angles, etc.  All of these shots eat up absolutely enormous amounts of time.  Hurry up and wait. So at any rate, the scene we were in included Dennis Quaid and Brooklyn Decker hosting a baby shower at their very upscale mansion type home and A1A was the band playing the reception.

Mr. Quaid spent a lot of time with us talking, laughing and joking around and we all found him to be very polite, charming, humorous and a great guy to work with. Miss Decker was the same, except of course she was a lot easier on the eyes than Dennis Quaid. Well, from my perspective anyway. One moment I will always remember came at a time when she and I had just introduced ourselves and were sharing a private conversation about the movie.  We were in between shots and she was in her “pregnancy” outfit, which I must say looked VERY real, even up close.  I was very curious about it. Attempting to ease my curiosity she took my hand, looked me in the eye, smiled and said, “Would you like to touch it?” No lie. Of course, that was followed by a lump in my throat and an IMMEDIATE yes. Then we both laughed.  Weird thing has happened since then. Every time I see a pregnant lady now I think of Brooklyn Decker. Go figure….

All things considered, the shooting went very well. Now that it is all said and done I must say this: I have the utmost and humbled respect for Film Producers and Directors. It is stunning and mind boggling to me to watch them put a movie together. So much gear, so many people, so many logistics and so much organization is required. This may sound funny to some, but I would not wish to spend my life making movies. Yes, I would love the paycheck and the opportunities to feel female bellies, but from a creative standpoint, I for one would find it hard to be creatively inspired under the stressful circumstances of filming. My hat is off to every actor and actress who has ever pulled off a major moment on screen. Believe me, what the audience sees is completely different from what it appears to be.

I was having a conversation with Alice Cooper awhile back in regard to all of the small parts of movies he has been in over the years. I asked him for his thoughts and advice. He said the main thing was to just have fun and do your best.  Do not think of the finished product, just enjoy and relish the experience. For he said, most everything ends up on the cutting room floor.

I was having a similar conversation quite some time ago with jazz legend Chuck Mangione regarding his album, “The Children of Sanchez.” It had always been called and labeled a “soundtrack,” but either the movie was never released, or I REALLY missed the boat. The movie was filmed and starred Sir Laurence Olivier and I asked Mr. Mangione what became of it. He simply stated, “The entire movie ended up on the cutting room floor and was never released.” Sadly, not uncommon in the movie industry.

So, when I heard they had brought in a new creative team halfway through the editing phase of the movie, and that they had cut one of our songs, I was a bit disappointed but not too surprised.  After all, that’s show biz, folks. 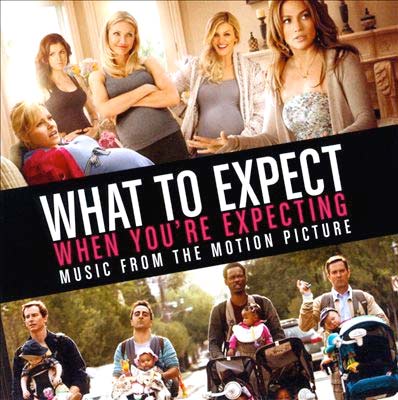 Looking back, it was an incredible experience to be a part of and I will always be proud of the fact that I finally had the chance to be in a major motion picture, and on the soundtrack, even if for only a few minutes. Heck, I even got to have a private showing just for me and my Mom at a local Theater.  It was worth everything just for that….

Hmm, maybe I am an average guy after all….

Did you see the movie?  Did you think the Luau themed baby shower rocked with A1A?  Tell us about it in the comments section below!

What a once in a lifetime opportunity! (although since you passed the test w/ flying colors, this may just be the beginning for you)! Congrats! It's cool knowing dreams can come true-good for you! Linda Hebert, author of "Leaning on the Lyrics".

I was thinking of asking you for the "dirty" on the motion picture business and the shoot... you read my mind Jeff, thanks!!