Friends and fans came together to share in the Celebration of Life for Jim Morris on Saturday, Aug. 27th at the Four Points Hotel in Punta Gorda Harborside on the Tiki Lawn. Trop Rock artists spent the day rotating on stage to give tribute to Jim as they sang his songs and shared his music as guests recalled or as some said “port of call” moments with Jim Morris. 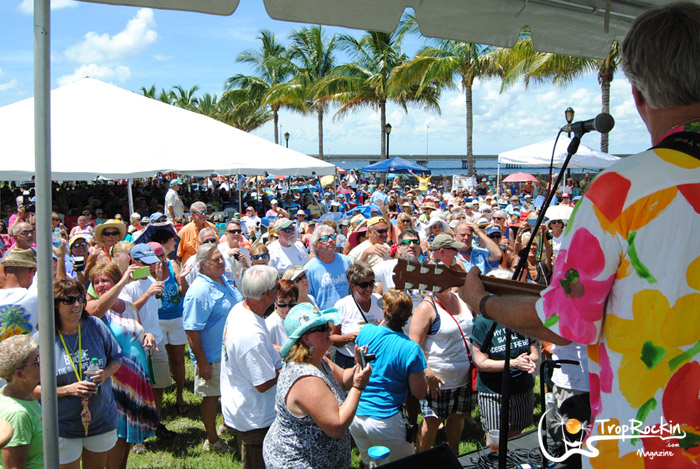 Sharon Morris looked peaceful as friends and family took turns giving their hugs and respect, everyone trying to find a little solace in a hug and sharing a great memory of Jim. Sharon seemed pleasantly surprised at the vast amount of guests that came from all over the United States to memorialize Jim. It was obvious that Jim and his music really touched the hearts of many people. 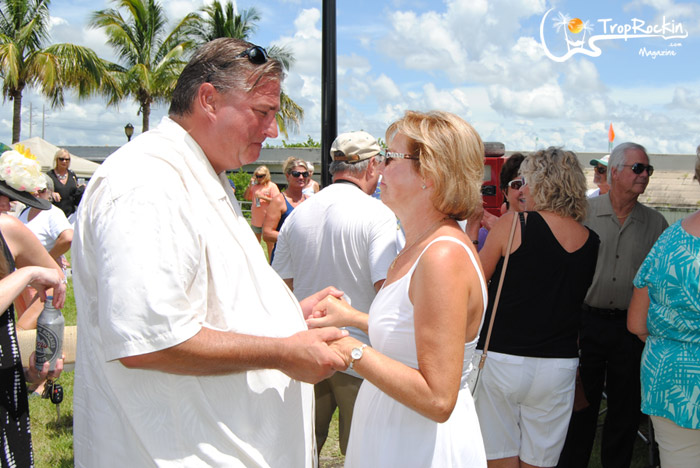 Sharon and Jim were very active in helping the Charlotte Harbor Parrot Head Club raise donations for the organization Shoes for Kids and Sharon made sure the “phun-raising” continued during the celebration. 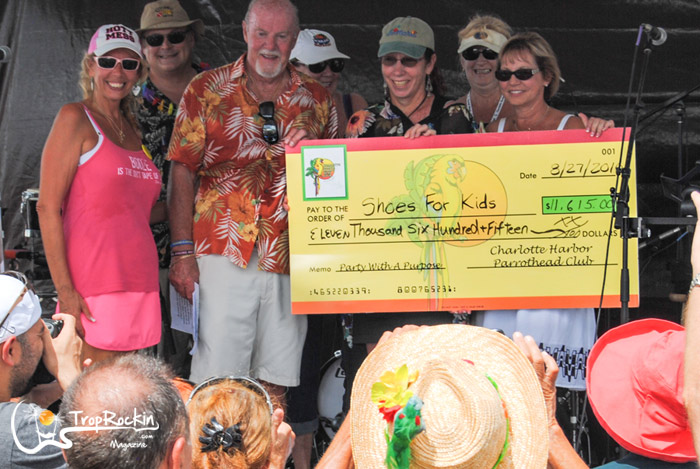 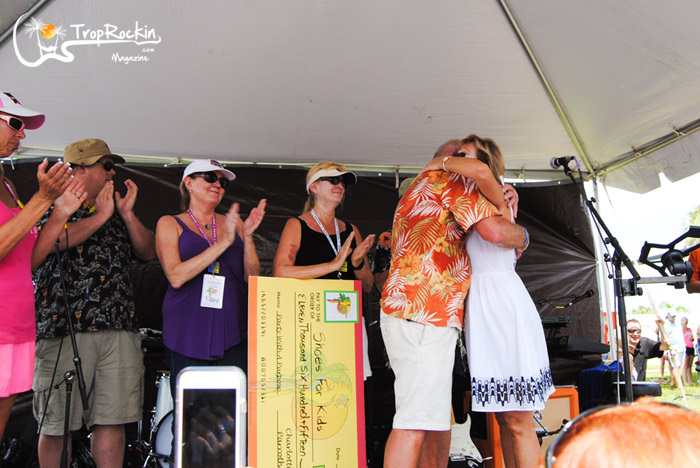 The tops of Trop Rock music were in attendance to show their love and respect for Jim and Sharon Morris. James “Sunny Jim” White opened the celebration with tributes of Jim’s song “Bocanuts” followed by “Cosmic Magician.”

Jack Mosley brought his newly written song “For the Sake of the Song” to life. Jack explained he felt he needed to put his emotions together the best way he knows how for the loss of so many artists who have left us way to soon. The song gave us reflections on several of the artists we’ve lost in these past years. 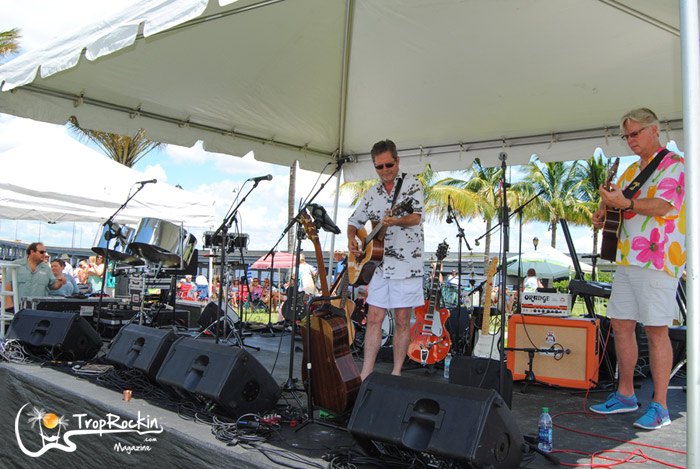 The day continued with more artist sharing their feelings of friendship and respect for Jim.

John Friday, Jerry Diaz, John Frinzi, Jimi Pappas, Charlie DeCosa, Kerri & Gary Harvey, /Dave Lapio and The Big Bamboo Band members all participated in performing Jim Morris originals along with a message and a song from Howard Livingston (while this was played, Sunny Jim and Sharon shared the moment with a slow dance on stage). Still even more Artists attended to show their appreciation and support for Sharon. 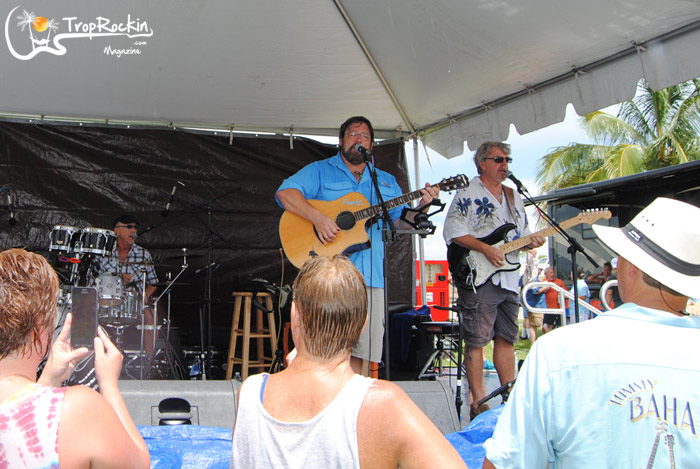 I think my funniest moment of laughter was watching Brent Burns show up old-school cool with his song written out on a piece of paper and Sunny Jim watching him try to prop it up over an electronic device, while the young gun John Patti brings an old fashioned music book stand over to hold Brent’s paper. Classic clean cooperation of trop rock teamwork no matter what age you are. 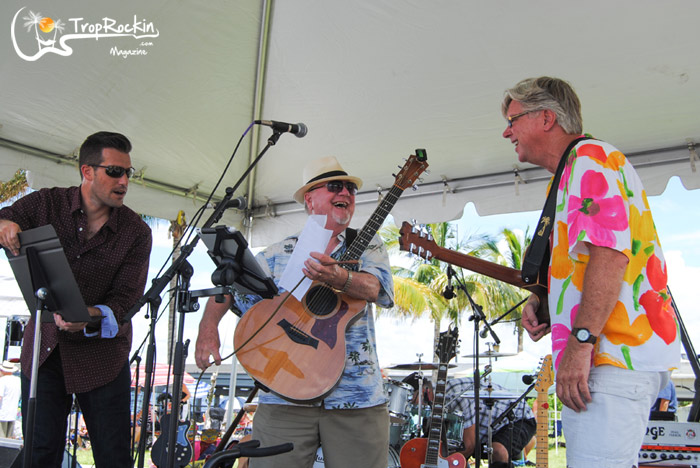 The stories continued with so much inspiration and talent. Friends stepped up on stage and shared stories of Jim Morris teaching himself to play guitar so he could make music with family at his Grandmother’s house when he was just ten years old.

How Jim landed a good job in Human Resources Management after College, but while Jim worked in H.R. Management he dreamed of playing guitar and wrote songs for the 15 years he punched that clock. 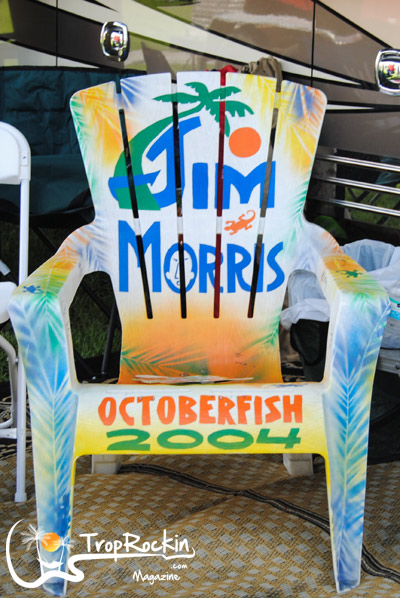 Jim could never seem to turn down a boat ride or a chance to fish. Alex Leist is responsible for helping to kick start the “Jersey Boy” show that started in Key West back in 1998 during the annual Parrot Head Convention, Meeting of the Minds, on the wharf at Turtle Crawls and Jim did for free. So they had passed the hat for Jim and a tradition was formed and grew until 2014. The real story of the story behind the song “Floating Opera” was made on evening boat ride down there in Key West without Alex since he went home to his wife that night while Sunny Jim and Jim Morris had a new song in the making.

Capt. Dennis Kirk explained what a big part of the Nav-A-Gator Grill Jim had been and how his memory will carry on. After Capt. Kirk stepped off stage I met him and his lovely wife Nancy who shared their story. In 1996 Jim Morris showed up at the Nav-A-Gator Grill saying he liked this place and would like to play here sometime…. handing her a cassette tape of his song “Laid Back and Key Wasted.” Nancy said “After I played it, the rest is history.” Jim Morris really helped put the Nav-A-Gator Grill on the map for Trop Rock fans. 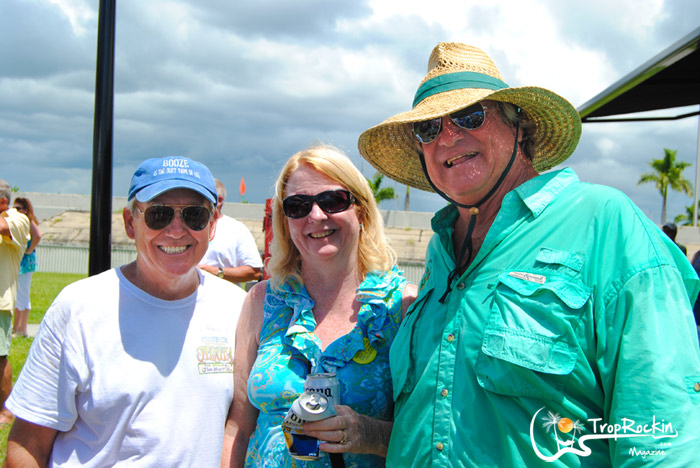 The day brought sunshine, clouds and rain only to end on a sunny note as the stage was loaded and singing “Sangria Wine” while Sharon made sure the band members got a taste from that jug of nectar as it was passed around. So many said it best “Look around at all the friendships that Jim Morris has built.” Jim really did introduce and help create so many great friendships through his musical life. 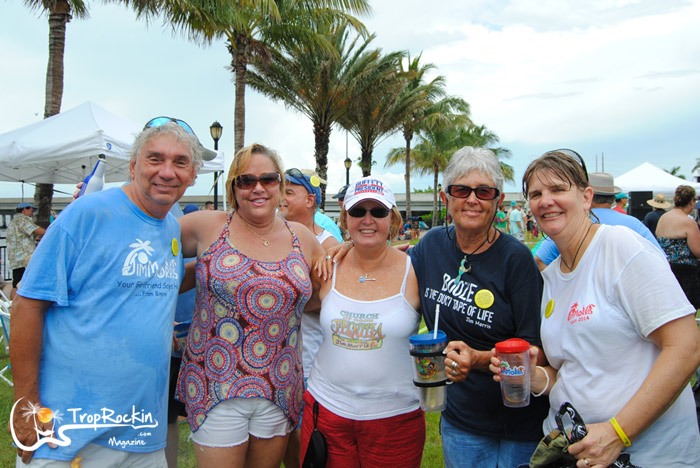 Jim Morris was a wonderfully talented man of music. The stories along with his legendary songs will always be heard around the world. 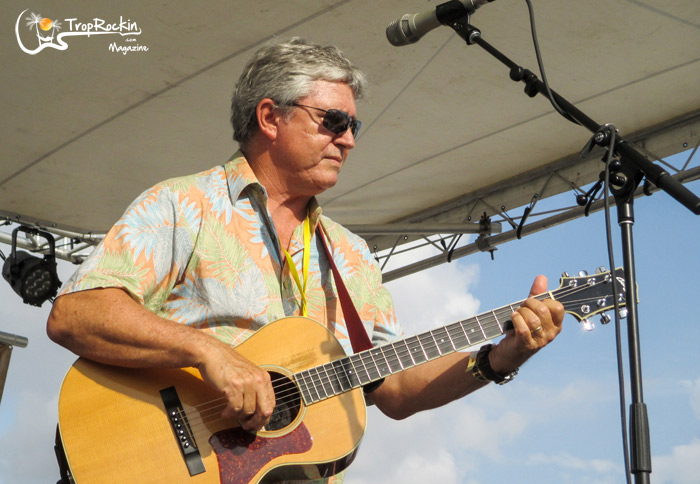 Wouldn't have missed this for the world. I was happy and sad at the same time

Nice article, we were there from Maryland and enjoyed every minute of it. One small correction - Floating Opera was written on and about the Chesapeake Bay, not Key West!

Great article, Millie - I so wanted to be there...... MOTM will not be the same this year without Jim.