The 1976 “Havana Daydreamin'” album cover is an iconic painting of a young Jimmy Buffett sporting long hair, a bushy mustache and a tropical shirt under a white sport coat.

If you’ve attended a current-day Jimmy Buffett concert, you know Jimmy has changed a bit over the last 41 years.

But, at some of the major venues such as Las Vegas, Jones Beach or Frisco, TX you might catch a glimpse of what looks like a reincarnation of this younger Buffett. This, however, would be Jimmy Groovy, a celebrity in his own right. 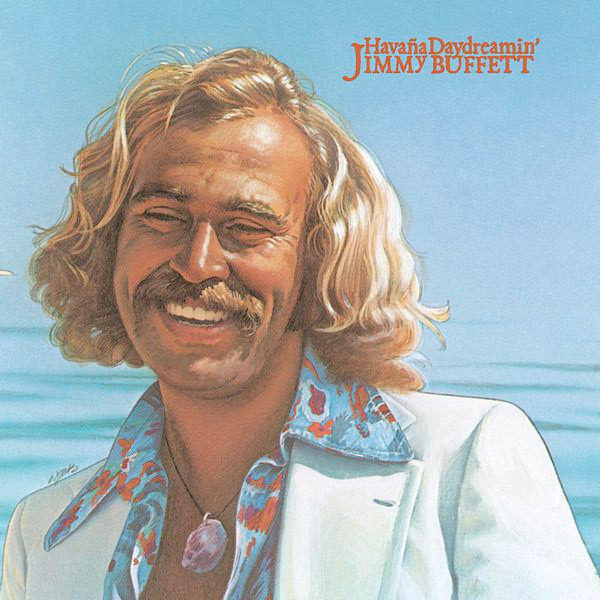 In the photo below, Jimmy Groovy meets up with another famous group of Jimmy Buffett fans, The Fin Men. 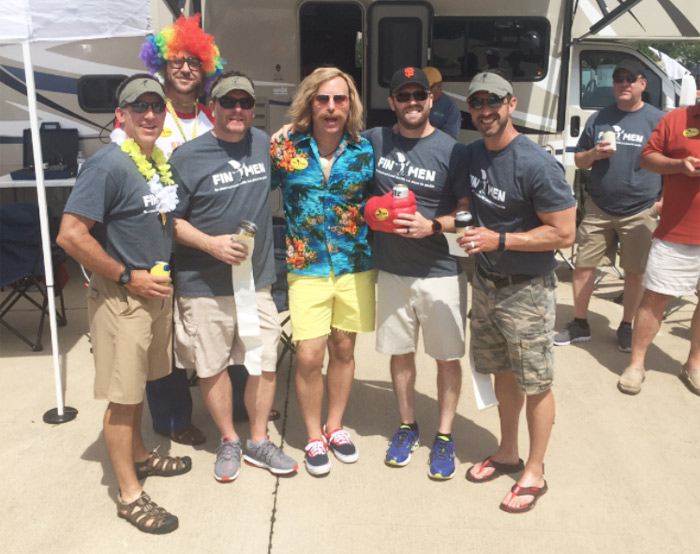 I spied Jimmy Groovy at the famous-for-partying Frisco parking lot this summer when Buffett’s tour came through town. Due to the warm Texas weather, Jimmy Groovy ditched the white sport coat, but still personified the classic Buffett look with a colorful Hawaiian shirt and shorts.

Jimmy Groovy hails from California and try as I might, I couldn’t wheedle his real name and true occupation out of him. He told me he’s in “the business of Hollywood,” so the air of mystery hung heavily in the air-conditioned bus air. 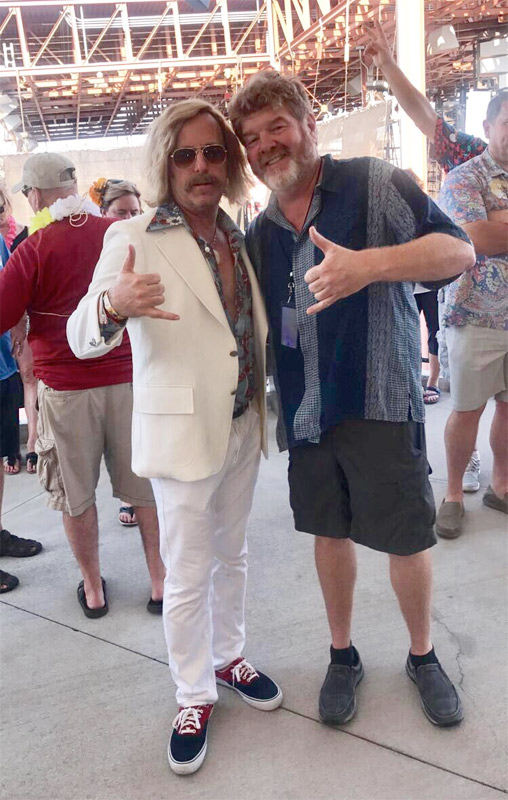 What I did learn was that he began attending Buffett concerts in 1989 and that evening’s Frisco show would be #85 for him. He began the Jimmy Groovy persona back in 2004, learned a little guitar and now performs Buffett cover music.

Groovy loves the performance venues at Alpine Valley, Cincinnati, Las Vegas, all the California sites, and has seen Buffett in Key West. He stated firmly that Frisco is number one, however and this was his third year to perform for the Some Beach Pirates.

When not heading out across the country to a concert, he often plays at a wine bar in Sunset Beach as a young Buffett, playing and singing some of Buffett’s best music.

So the next time you think your eyes are playing tricks on you at a Buffett concert, yell “Groovy!” and you, too, can meet one of the most iconic of Jimmy Buffett fans. 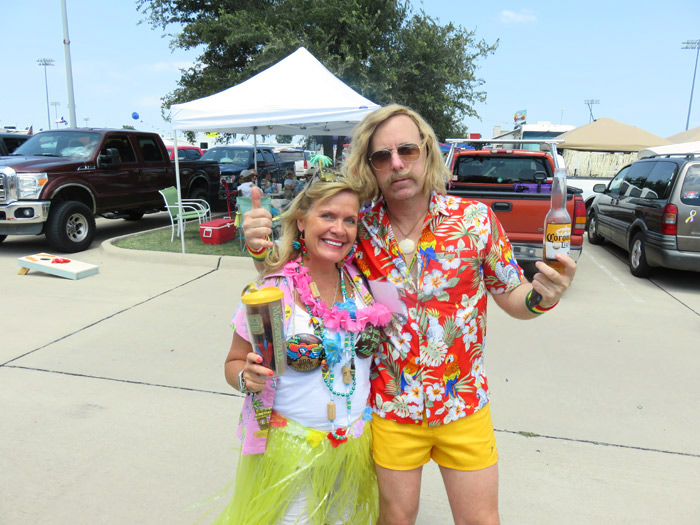