Keith Sykes is a songwriting powerhouse working in the music business for fifty years now and well known in music circles across the country. I know I first took notice of him when I learned he played with Jimmy Buffett as a Coral Reefer, but when I sat down with him in Port Aransas, Texas last month, I learned just how prolific he’s been in his music career.

Keith bought his first guitar in 1965 on Beale Street in Memphis after his sister taught him four guitar chords. His first paying gig was in 1968 and his story of who he played with and where he went is fascinating. He learned the entire “Alice’s Restaurant” album by Arlo Guthrie and played the complete tribute at a Holiday Inn in Charleston, South Carolina which led to more performances.

Who would think a first gig series would be on the “Holiday Inn Circuit?” He soon auditioned for a New York City coffee house gig where Janis Ian, a Grammy award winner singer/songwriter icon of the 1960’s-70’s, was one of the judges, giving him an early musical blessing. This legendary singer was the first of many celebrity names Keith mentions in telling the stories of how his professional life took off. 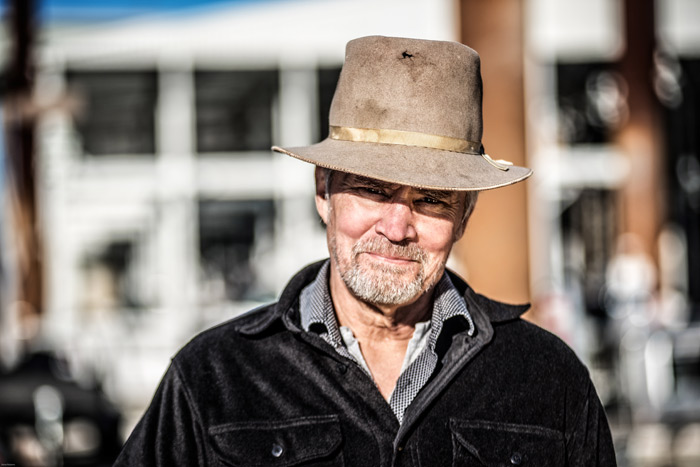 Keith went on to sign with Surefire Publishing, through which he met Jerry Jeff Walker. They played together in New York City, and when Keith decided to drive down to Key West, he asked Jerry Jeff who he should meet. Well, of course, Jimmy Buffett was the one he met! This would lead to Keith performing in Jimmy’s band for a year.

Keith Sykes migrated to Austin in 1973 and lived there until Kris Kristofferson asked him to return to New York City to be a part of the “International Year of the Child.” This was a huge concert sponsored by UNICEF and featured the likes of the BeeGees, Donna Summer, Rod Stewart, John Denver and Earth, Wind and Fire. The celebrity names began to drop again, as he told me he stayed at the Waldorf Astoria with Kris’s entourage, went to Studio 54, met Rodney Dangerfield and played “Saturday Night Live” with Tom Petty. Wow!

His songs have been recorded by a variety of musicians. A short list includes Jerry Jeff Walker, Rodney Crowell, Marcia Ball, Roseanne Cash, and Jimmy Buffett recorded Keith’s wonderful song, “Coast of Marseilles.” Fast-forward to 2002, when Keith teamed up with Texas’s Larry Joe Taylor and began to perform on his annual January cruise. He came to Port Aransas, Texas to do a show with Larry Joe at the tiny Third Coast Theater and decided Port Aransas would be his annual home for songwriting.

Over one hundred songs have been written through the years in “Port A” and Hurricane Harvey didn’t keep Keith away from coming back this past January. Shortly after arriving, he wrote “Harvey,” a song that fired back at the devastation left after the late August storm. He’s enjoying writing what he calls “beach songs” and interacting in the Trop Rock music world.

Other interesting projects include a comedy screenplay he wrote, but as we sat on a bench of the porch of Shorty’s, an old, well-known bar in Port Aransas, Keith’s love of writing music came through almost tangibly. He is truly a gentleman in the music world and we hope he continues to find musical inspiration on the Texas coast.

I am living the life of which Jimmy Buffett can only sing and once again enjoying yet another very concise and informative article by Cindy!

Thanks for the knowledge and keep on troppin'.

Hi Renn! Thanks for reading about Keith and for the nice comment. Hope you and Melinda are doing well in the tropics...I'd like to hear about what took you there and what you're doing in paradise! Tell Melinda hello for me and thanks again for taking the time to comment!