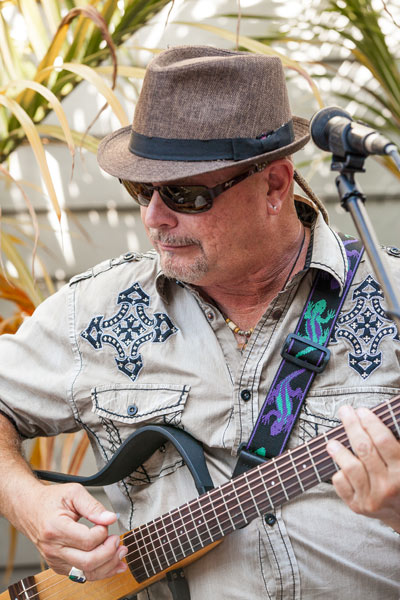 Trop Rock music abounds all over Key West, during Meeting of the Minds annual Parrot Head convention.  These days, there are plenty of Singer / Songwriter showcases through out the week, but none are any more special than Kelly McGuire’s daily event at the Lighthouse Court.

Maybe it’s the intimate and laid back feeling you get inside a courtyard, where fans can relax by the pool, dangle your feet in the cool water shaded by palm trees, while enjoying your favorite beverage.

Most likely, it’s Kelly’s easy going style in hosting this awesome gig.  There are friendship stories shared amongst the artists along with stories of how they were inspired to write their songs.  It doesn’t feel like a big production as the artist are not rushed on and off the stage nor do they have to compete with noises typically found in a bar. During each artist transition, Kelly entertains with his original songs keeping the show seamless.  Plus, you never really know who you’ll see play each day.  It’s always full of pleasant surprises. It’s the ultimate listening venue with an incredible host.

What does Kelly love most about the Lighthouse Court Singer / Songwriter Showcase?

“For 8 years this show has stayed a listening show for fans who enjoy hearing the lyrics and stories behind the songs.  It’s a wonderfully unique chemistry that many times makes for magical musical moments.” 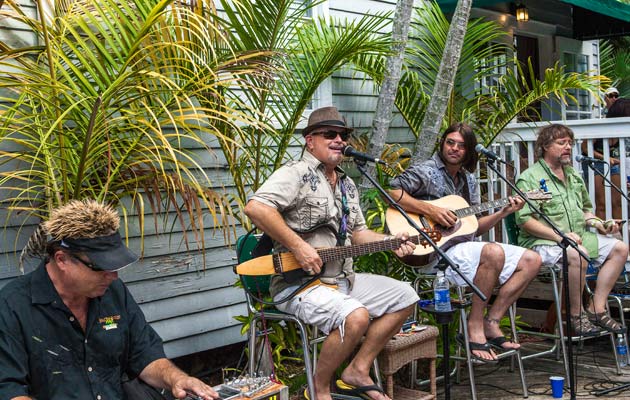 Kelly’s favorite aspect of this gig?

“All my talented songwriter friends and musicians that sit in with me.”

I was delighted to see and enjoy some of those great songwriter friends of Kelly when I stopped in the Lighthouse Court on Friday afternoon for a few hours.  Those in attendance had the opportunity to enjoy songs from from some fantastic entertainers such as Thom Sheperd, Dennis Davis, Freebo, Mike Nash (Southern Drawl Band), and Mark Mulligan. 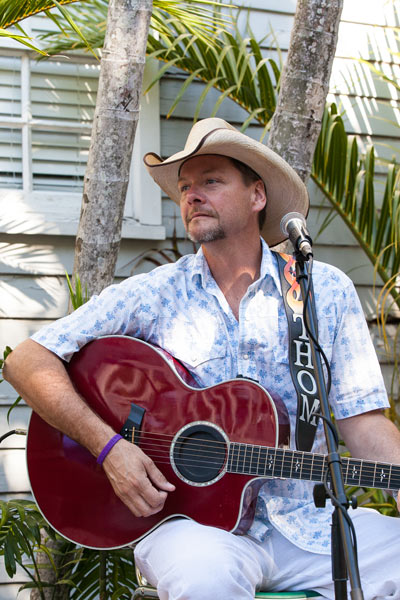 The most touching moment came from Thom Sheperd, singing a song he wrote about his father titled “A Father’s Love”.   Thom describes how his father would check the air in the tires, the oil level and all the little things on Thom’s car before he left home.   Although his father didn’t say the words, it was a dad’s way of saying “I love you”.   This song has been covered by several artists and hit #23 on Billboard.

Have you ever heard of anyone writing a prequel to a song?  Thom has done just that.  His song “Last Letter Home” tells the story of Private Malone and why he didn’t make it home.  Thom has traveled the world entertaining the troops and you can tell he’s really connected with them.

Speaking of “Private Malone”, Thom had the crowd laughing when he sang “Riding With Inmate Jerome”, a parody written by Cledus T. Judd.   He’s even sang this song for inmates in prison.  Brave man. 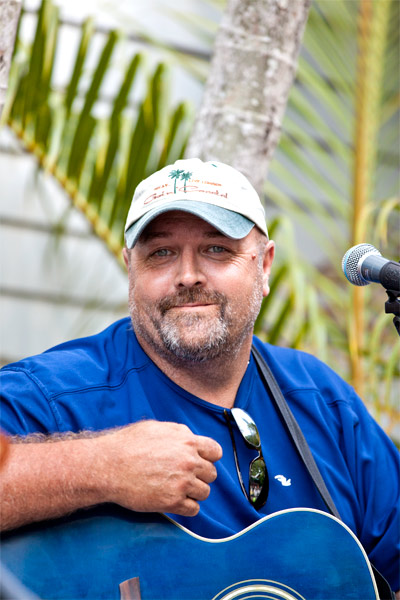 Following the theme about fathers, Dennis Davis entertained us with a sweet song he wrote about his father and then my favorite “Tropic of Texas”.   Perfect for this showcase!  The first verse talks about how songs are written about places far away from Texas, such as the lyric “My buddy Kelly’s got a Boat in Belize”.  Since I’m from Texas,  I particularly enjoyed this song about all the great places to see in Texas. 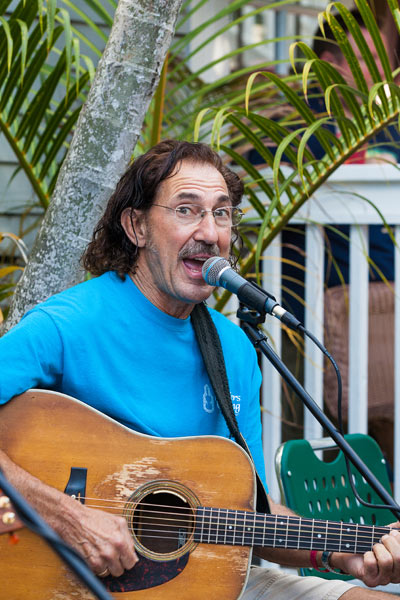 This was my first introduction to Freebo and his music.  He’s toured with some big names, such as Bonnie Raitt and is known for his distinctive bass sound.  He also shines as a singer / songwriter and entertained us with his hilarious song “She Loves My Dog More Than Me”.  We all had fun participating in this sing along song! 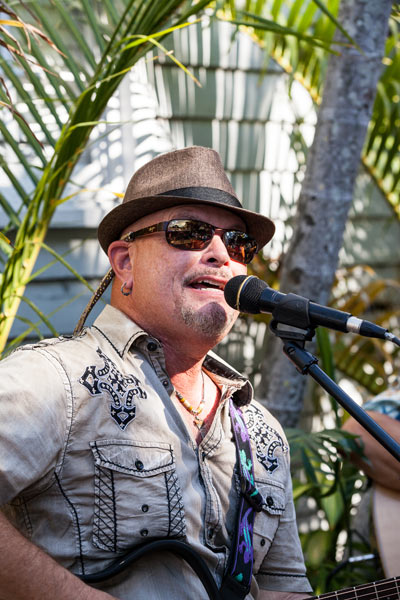 I asked Kelly how he found this perfect venue.  He said “The owner, Julie, was an old friend and she and her staff were so supportive of what I envisioned for this event — not knowing the first year if anyone would even show up!”

“It’s a beautiful, quiet & secluded secret sshh… don’t tell anyone about it…!”

If you haven’t been to this showcase, you need to put this on your MOTM bucket list!  If you’ve attended one of Kelly’s showcases who did you get to see?  Tell us about it in the comments section below!

This is always a must for Bob and I to attend every year now for the past 5 years. Love meeting and hearing all the old and new artist and what a great relaxing way to enjoy it.!