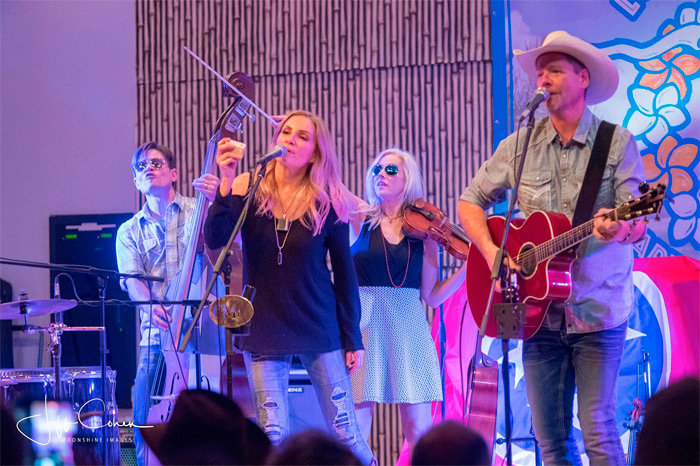 A weekend relaxing in a pavilion over looking the beautiful Colorado river and a flowing stage of talent. Lone Star Luau 2 is hosted by the trop-country duo Thom and Coley Shepherd in Marble Falls, Texas. The large indoor listening hall allowed for acoustic sounds and jam sessions to fill the air. A real Texas style over sized pavilion with inviting seating, VIP table seating and a big line-up. Thom and Coley extracted artists and songwriters from various areas across the country.

Emily Randle showcased her unique abilities for using her violin in many forms of music. Emily brought chills to the skin surface using her haunting violin sounds with songwriter Jesse Rice as they performed “Blackbeard’s Ghost.” Emily also provided the “got to have a fiddle in the band” with Thom and Coley’s country side and a cultivating style with John Patti (steel drums) and Ben Hammond (guitar). Violin, steel drums and a guitar can produce an eloquent sound of serenity. Emily Randle leaves you astounded with her gift of sounds from her violin. 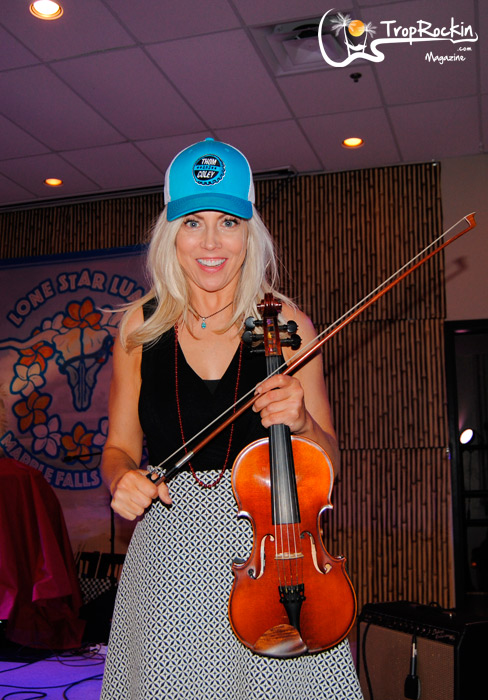 John Patti showcasing his eclectic style with multiple performances and artists. John Patti is famous for playing the steel pans but also gave us bongos and a touch of “Cow” bell sound in about 60% of the event. John’s performances gave an extra element of rhythm to country, jazzy blues and his own original island infusion. Blending in his bongos and steel pans during a memorable set with Nadirah Shakoor. 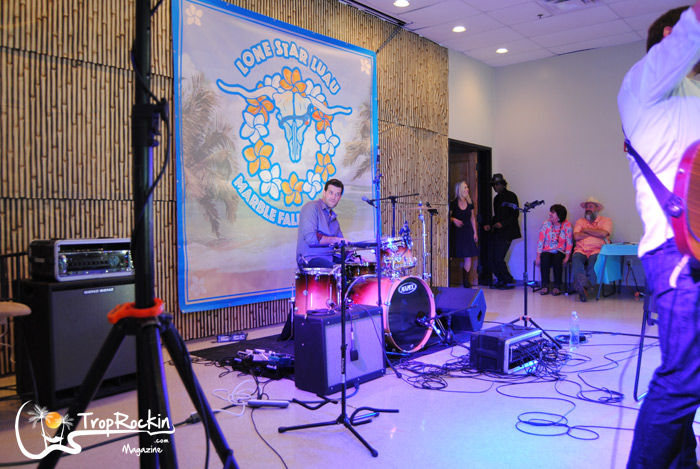 Thom and Coley opened the side doors for a special guest. A longhorn named Texan came strolling in saddled up for Thom and Coley to climb aboard and give all Lone Star Luau 2 attendees a real Texas welcome on a Saturday night. It was truly a large moment for everyone as we gazed upon the vast chocolate chip looking fur with a horn span over 5ft.

A new song by Coley McCabe Shepherd “Forever Home” had the audience by their heart strings as she sang out the lyrics for any homeless animal that has been rescued. The warmth and love for every rescue pet owner in the room was felt by all. We all had a tearful heart moment going as Coley hit the notes with love and a bridge to live by “Forever Home.”

So many original performers and songwriters taking us on a concert tour with southern rock, country, folk, comedy and Americana styles of music. It was a full Donnie and Marie show line-up of entertainment giving the best variety of music on one stage. A Nashville songwriter, James Slater, embraced the warm welcome from parrots heads and gave us an all around music experience. Sharing his parrot head loved song “Key West Address” which led him to receiving the keys to the city. Also known for his song “In My Daughters Eyes” recorded by Martina McBride. James was purely entertaining and enjoyable to listen to. 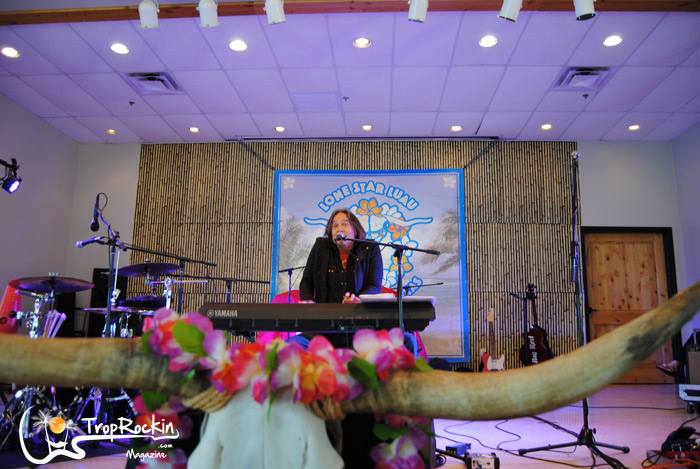 Always so much fun when Texas entertainers, songwriters and personality stars Chris Hiller, Dan Sullivan (The Detentions) and Donny Brewer take over a stage. Donny Brewer is also famous for taking his performance out in the audience. Donny is living proof of the phrase you can’t put baby in the corner. The Detentions bring comedy, comfort and reminiscing moments to their stage. They also bring you home with a love song “Shine”. No doubt these Texas artists open every stage with a big presences.

A memorable crowd favorite was a band that displayed a Tex-Mex Honky Tonk style of music with Dave (lead vocals) playing an accordion and using some humorous stories in his songs. The energy in the sound made you want to dance and the lyrics made you smile. A performance that brought you out of your seat. Culture of Texas and sounds of Mexico come together when you hear “The Tejas Brothers” band perform on stage. They are based out of the Dallas/Ft.Worth area in Texas. They completed this music fest with so much culture. 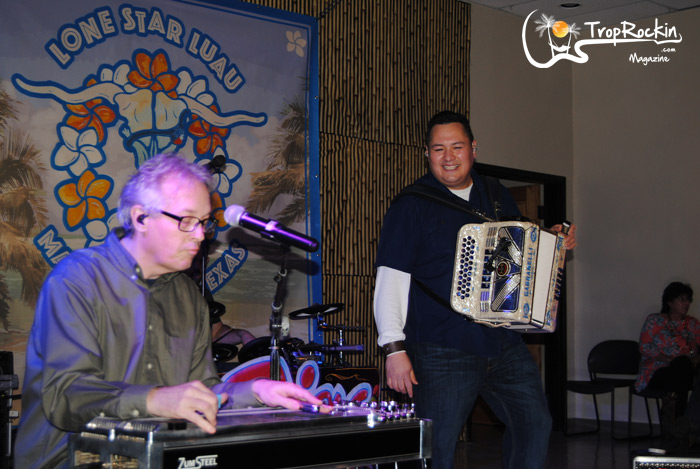 A sunny afternoon at On The Rocks in Cottonwood gave us a spectacular view of the Texas hill country and tropical sounds. Trop Rock West Coaster Rob Hill and East coaster James “Sunny Jim” White are songwriters who pulled the tropics into this lakeside venue. A beach town song by Rob Hill was enjoyed while soaking up some sun rays. Rum Shoes dancing in the hills of Texas as you settled back into Black Beard’s Navy with Sunny Jim was just what this Sunday afternoon called for. John Patti and Sunny Jim together make up a trop rock duo called Tropicool showcasing their calibration of talent.

The Lone Star Luau 2 presented diverse music styles and a talented songwriters listening event. Sharing music from across the country proving that we are not that different at all.