For the third year in a row, major Trop Rock talent descended on the little town of Marble Falls Texas. In keeping with Lone Star Luau tradition, the weather was just fine for the end of January and beginning of February. Inside the Lakeside Pavilion where the event was held, however, the music was hot!

Thom Shepherd and Coley McCabe once again brought in some of the best music around for close to 500 attendees to enjoy. Each year, they have delighted the audience by showcasing new performers …well, new to most of us, but friends of Thom and Coley through their years of song writing. 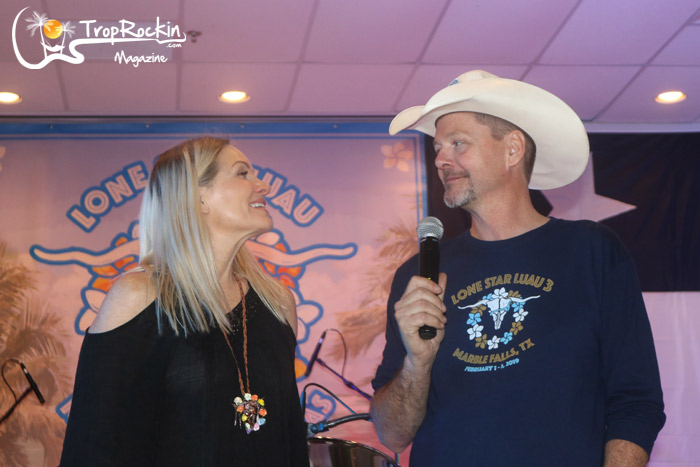 This year’s event was kicked up a notch by providing an opportunity to participate in a Pub Crawl through downtown Marble Falls. There aren’t a great deal of stops for such an activity, but a large number of folks traveled in a day early and enjoyed libations from different establishments and a treat of live music from such favorites such as James “Sunny Jim” White and Donny Brewer at the last bar of the night.

Attendees can elect to be sponsors and VIPS and a special barbecue lunch was served Friday as a treat for these fans. John Patti provided pan music throughout lunch and came down to play in the middle of the audience before this exclusive time ended. 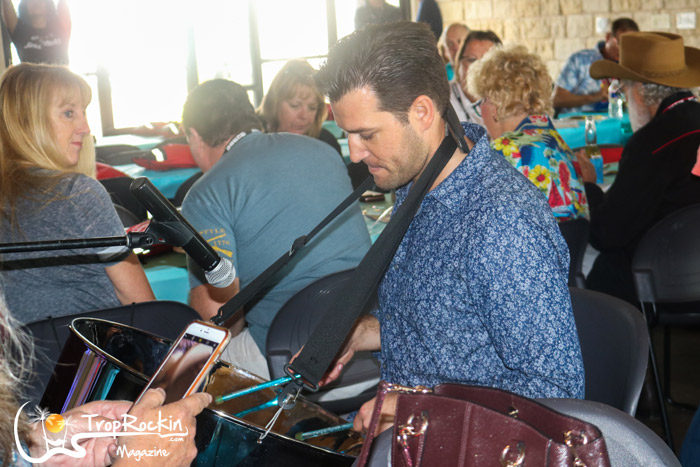 Emceed by JD Spradlin from Radio Margaritaville, when the music started later in the afternoon, so did the listening.

Performers would remark throughout the weekend about how quiet, attentive and responsive the audience was at Lone Star Luau 3. We’ve been conditioned well!

Friday’s music line up consisted of favorites such as James “Sunny Jim” White, Brittany Kingery and Rob Hill, Jerry Diaz and Hanna’s Reef and Donny Brewer and the Dock Rockers.

James Slater from Nashville, who wowed the crowd last year seemed right at home with the audience and Cory Young played a set full of his new tunes.

Saturday, the attendees were greeted with even more engaging music. Thom and Coley always seem to include someone local and unique and we enjoyed Susan Gibson from nearby Wimberly. Susan is a prolific songwriter and has had hits recorded by The Dixie Chicks, among other artists.

A high point, literally of Saturday afternoon was a Nashville-based group called High South. The audience’s average age was such that the wonderful harmonies of this trio took us all back in time to the music of The Eagles and Crosby, Stills and Nash. This group also has wonderful original tunes and they were most definitely a hit of the weekend. 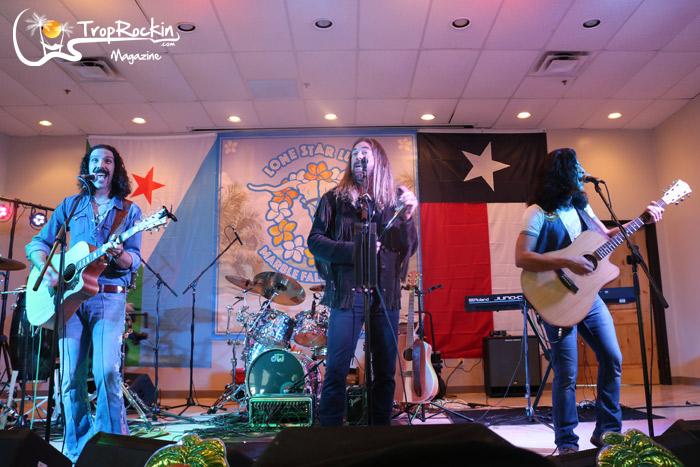 Tex the Longhorn was back again this year for photo opportunities and after a dinner break, it was time for the big finale. Thom recently celebrated his 50th birthday, which puts him born in 1969. What would be more fitting (and fun) than a 1960s party?

Many of us donned bell-bottoms, go-go boots and peace signs preparing to zip back in time through the music. The artists showcased a specific and iconic song from 1969 and the party on the stage increased.

Between big wigs, headbands and colored granny glasses, it became a challenge to determine who was who. There was no doubt, however, that all onstage and all in the audience were having a blast. Don’t forget many of us remember 1969 all too well, and the familiar music became of celebration of that decade!

Sunday morning dawned clear and the talent offering was more befitting of the day of the week. Peter and Brendan Mayer delivered a truly wonderful show and even sang the last several songs from the middle of the audience, totally unplugged. With around 200 listeners there, those were magic moments, as you could practically hear a pin drop. Once again, Peter and Brendan played to an exceedingly quiet and attentive group. 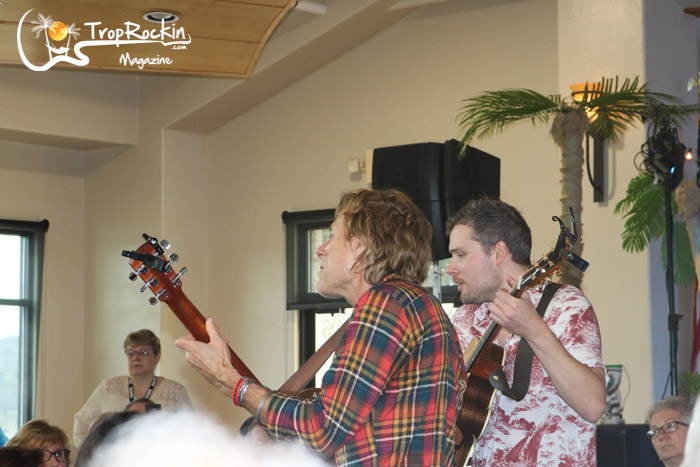 The last activity of the weekend began in the early afternoon, as those of us who persistently stayed were treated to a screening of “Chasing the Sun,”“Chasing the Sun,” which is a film written and directed by Todd Norwood. We all had a super time cheering the hero and enjoyed seeing the many Trop Rock musicians featured in the movie.

Thom and Coley’s hard work in recruiting musicians paid off again this year. A huge debt of gratitude is owed them for a truly memorable and extraordinary weekend. Folks from coast to coast are attending; you should too. See you next year!