I’ve been very fortunate to be able to attend each Lone Star Luau since the first one in 2017. Thom Shepherd and Coley McCabe have been extremely successful in bringing artists into small Marble Falls, Texas and many times the most awe-inspiring talent isn’t from the day-to-day Trop Rock music world.

This year’s Lone Star Luau was again a wonderful success, with many attendees saying “How did they top last year’s show, again??” 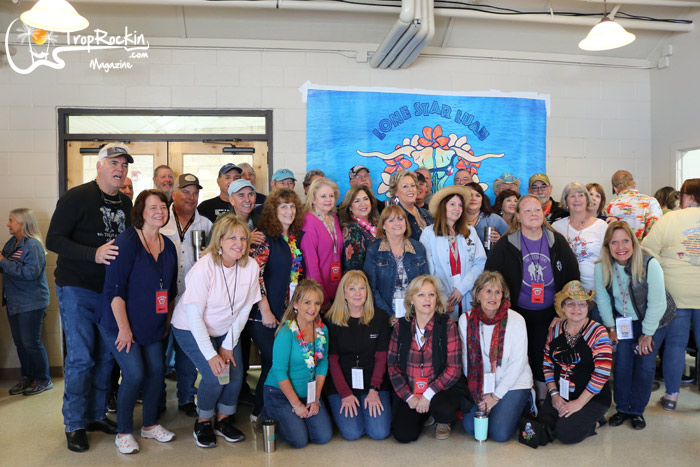 Attendance at Lone Star Luau 4 was a remarkable blend of attendees from coast to coast. It certainly helps to be voted Trop Rock Music Association’s Best Small Event of 2019! Many folks traveled hundreds of miles to little Marble Falls and loved all the great music they heard.

The fun all started on Thursday afternoon with a pub crawl that included several eating and drinking establishments. The final stop was Brass Hall, which quickly became packed with folks ready to hear The Jonas Lorence Band. Jonas and crew put on a terrific, high energy show, but then they never disappoint.

Friday’s festivities began with a special lunch for the Sponsors and VIPs. Soon after that, the music cranked up at the Lakeside Pavilion with Eric Erdman, who always wows the crowd. 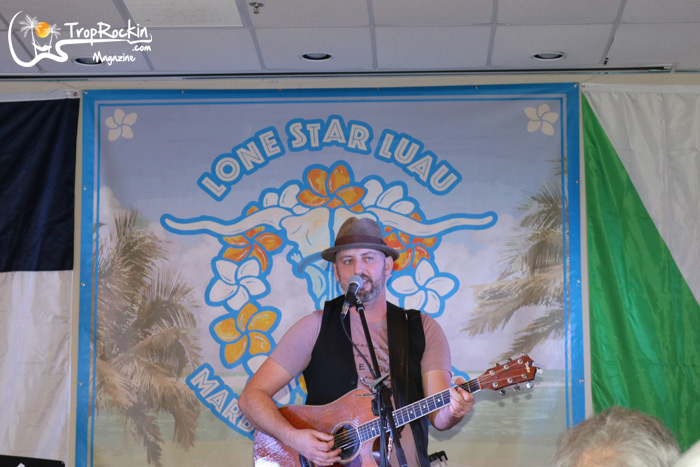 After that came a wonderful Texas surprise, Django Walker. Django is the son of Jerry Jeff Walker and a very talented songwriter and performer. I loved how he tipped his cowboy hat at every round of applause.

Following him was Jesse Rice, who has collaborated with Django on several songs. Jesse always gives a great show. 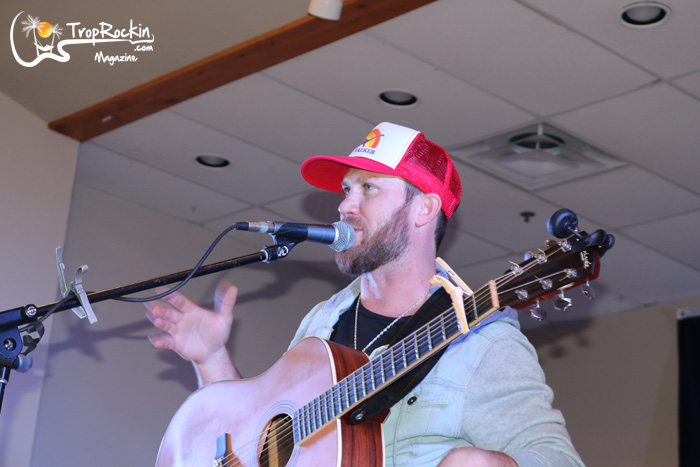 Texas Beach Music had its turn with Jerry Diaz and Hannah’s Reef up next on stage. Many of us had been at Pardi Gras a couple of weeks before and Jerry’s music is always welcome.

Then came a real treat for many in the audience: Nadirah Shakoor. She was accompanied by John Patti on steel pan, Eric Erdman and Claire Finley on bass guitar. 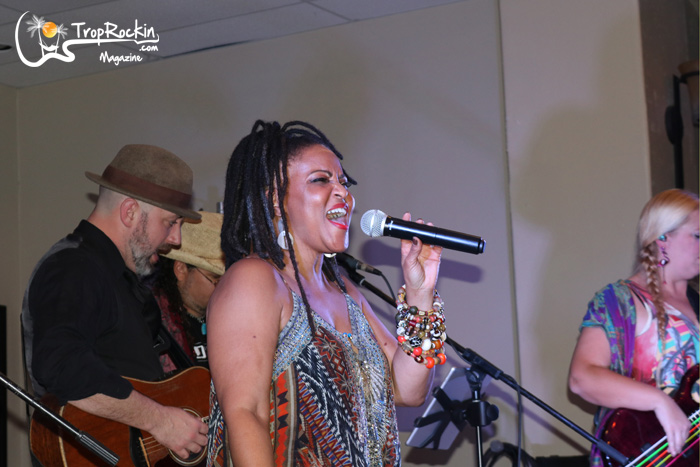 Claire is someone I hadn’t heard before the Trop Rock Music Week in Key West last Fall and I’m so glad she came to Lone Star Luau. She is very talented, gregarious on stage and is also a songwriter. Nadirah sang beautifully and told several humorous stories during her set. It’s always extra special to hear a Coral Reefer! 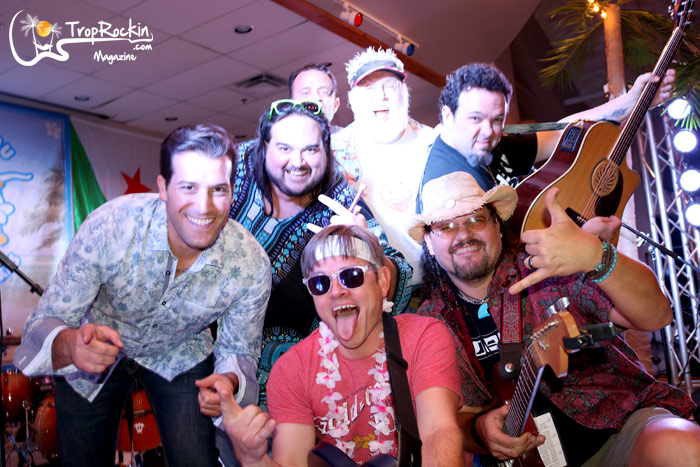 Saturday dawned as being the big music day for Lone Star Luau 4. Danny Rosado started the day with some wonderful tunes, and he was followed by the first comedy act presented in the four years of Lone Star Luau. Eric Erdman’s mother, Juanita Smith, delighted us all with her hysterical tales of growing up and learning the ways of the world. Who knew there was so much talent in the Erdman family?

The next musical act was James “Sunny Jim” White and John Patti, which is always a duo everyone loves. After the Florida boys came Leslie Satcher. Haven’t heard of her? Neither had I, but she has penned a great deal of Country music hits through the years and is a bit of a comedienne in her own right. She is a great example of how Thom and Coley bring someone from Nashville to introduce to Trop Rock fans. Typically, the fans fall in love with the artist and the artist falls in love with Trop Rock fans and how well they listen as an audience. 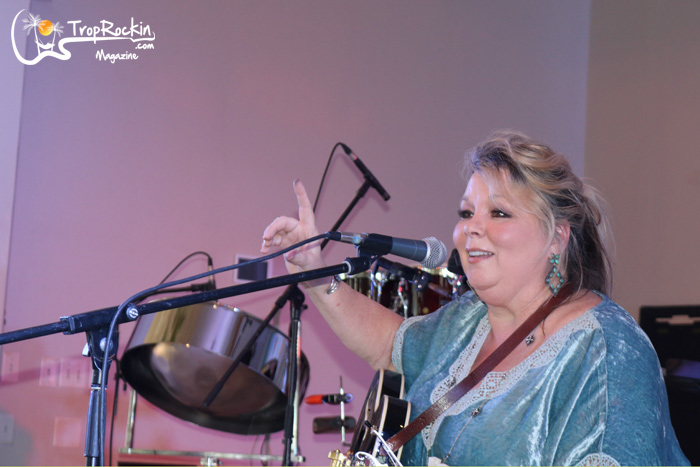 The Detentions were up next, and they always provide great music, along with laughs from Chris Hillier and endearment from Dan Sullivan. The crowd filed out for a dinner break (yes, the Marble Falls restaurants and bars did very well this weekend!) and was back in time to hear High South perform. We all were mesmerized by them last year and everyone enjoyed their harmonies reminiscent of the 1970s again this year.

Many of us returned from our dinner break sporting boots, big belt buckles and cowboy hats. “Tex the Longhorn” wasn’t in attendance this year, but Thom and Coley made a grand entrance with them both atop a horse, which was draped in green grass skirting. Those two keep the surprises coming!

After Thom and Coley performed with their band, we all had a great time being the audience for the “All Star ‘Trop Rock Tips It’s Hat to Texas’ Tribute.” All the festival’s performers took turns singing their renditions of music by Texas songwriters. Jerry Diaz was toward the end, crooning “London Homesick Blues,” when a surprise guest appeared on the stage in the middle of the song. It was Gary P. Nunn, himself, and the crowd went wild. What a great Texas music surprise! Another Lone Star Luau moment that won’t be forgotten! 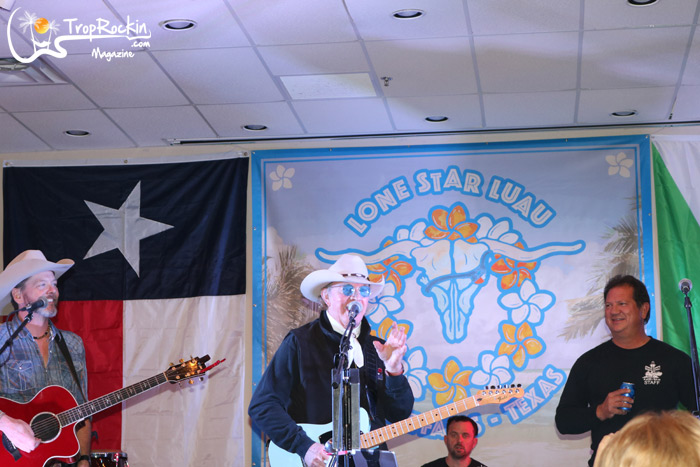 Sunday morning held Rob Hill and his beautiful daughter Emalee Hill performing as the first act. Then came Stoney Gabel, another humorous singer who we would not know of if it weren’t for Lone Star Luau. Stoney is one of my favorites!

The weekend event ended with a live broadcast of Texas Red Dirt Roads with Thom and Coley, Leslie Satcher, Donny Brewer and more singing and performing. 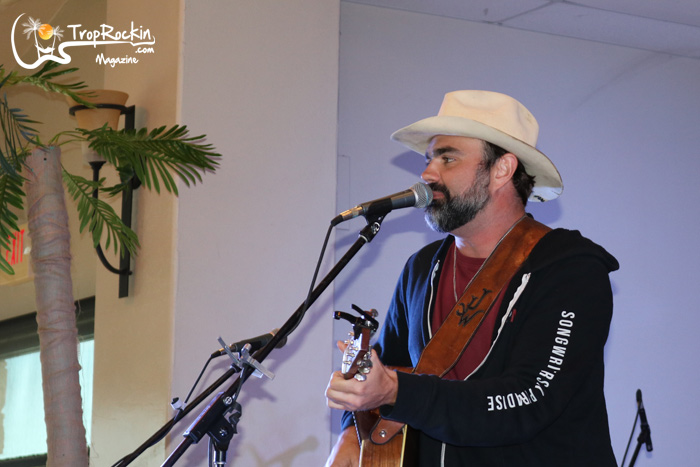 Apparently, Marble Falls won’t be host to next year’s Lone Star Luau 5, but I have no doubt that whatever the locale, we’ll experience another top rate weekend of great music.

Thank you Thom and Coley!

LSL has a lot to do to top this year, again! And always a treat to see you, Cindy!

Great synopsis of the weekend!