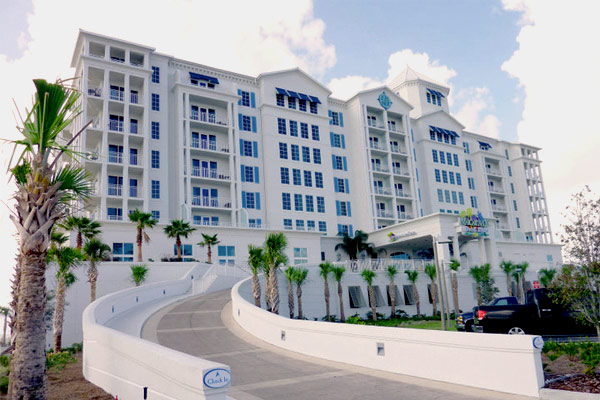 Margaritaville Beach Hotel
On Their Second Honeymoon in Pensacola

I love Jimmy Buffett’s song about Frankie and Lola…. So much, in fact, that I have a Dachshund named Frankie and a cat named Lola. The lyrics to this classic Buffett tune are quirky and fun and I never thought about a honeymoon in Pensacola, be it a first or second time around.

When my recent honeymoon evolved into time spent in the Florida panhandle, the decision was quickly made to spend one night at the Margaritaville Beach Hotel. After a traffic-ridden drive on highway 98, we finally arrived. Check-in was quick and my first glimpse of the interior earned an “ahhhh!” from me.

The Margaritaville Beach Hotel was built to be the first Hotel Indigo (of the chain) erected specifically to be a Hotel Indigo, rather than taking over a previous property. Jimmy Buffett came to see it through a mutual friend before it opened. Something determined a major change and lo and behold! In less than two months, Jimmy had acquired the property and Margaritaville Beach Hotel opened in June of 2010. 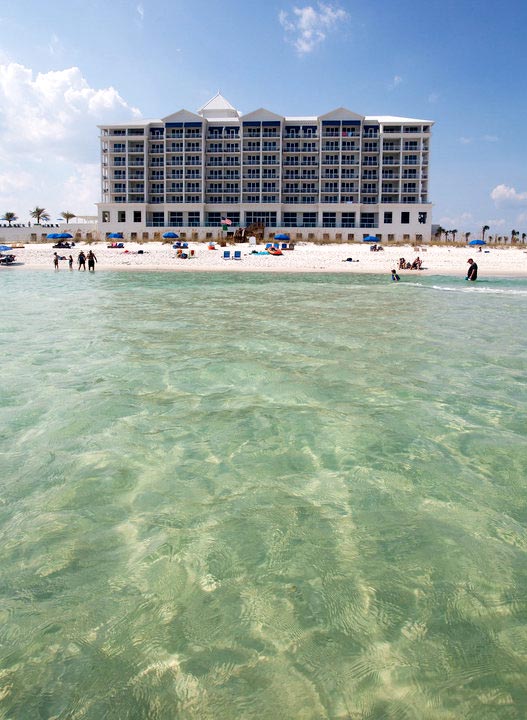 The room and lobby colors are muted tropical and soothing and they seemed very “Hemmingway-esque” to me. There are library alcoves that invite one to select a book from the shelf and curl up for some literature time. 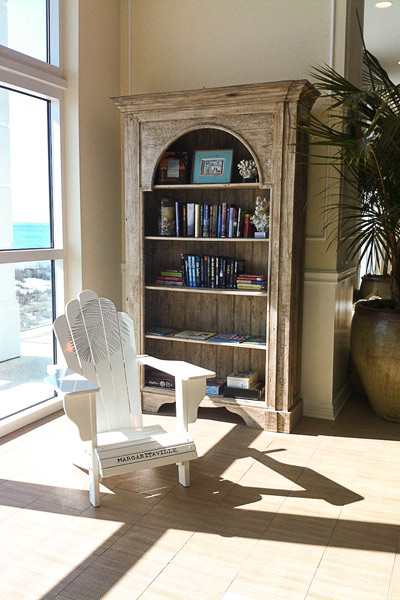 Along a long hallway that faces the Gulf of Mexico are several small groupings of chairs and I enjoyed a relaxing pre-dinner drink there, while enjoying live steel drum music in the lobby.

We had dinner at the restaurant, aptly called “Frank and Lola Love Pensacola” and the food and service were both great. The nearby bar, which depicts a mural of the “Frank and Lola” story via the lyrics, was hopping and had great libations. I shared my favorite margarita recipe with the bartender and he was very gracious. In fact, everyone I encountered, from the desk clerks, to the servers, to the bellmen and housekeeping staff all had generous smiles to give away.

A sanctioned Margaritaville store, called “Everything But Sand,” also occupies a corner of the lobby. The outside pool looked so inviting and the poolside Tiki Bar, plus a large entertainment area, “Landshark Landing,” both open the first weekend in March. 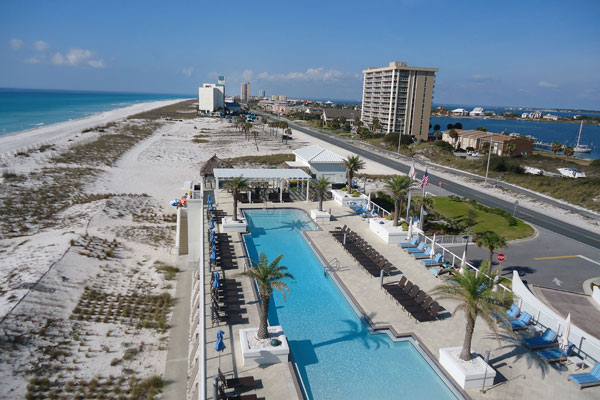 I had to ask if Jimmy comes regularly, and was told that he pops in every so often. The Parrot Heads of Pensacola hold luncheon events here often and the hotel hosts many fun special events throughout the year.

I guarantee you’ll have a great time here!

Editors Note:  Cindy & Don not only had a Parrothead honeymoon, check out their Parrothead wedding in New Orleans at Pardi Gras!