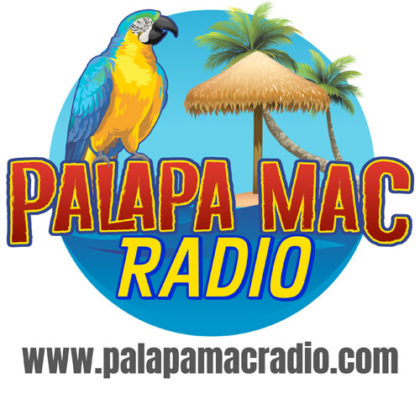 How many of us get a chance to start over or rise from ashes for a new beginning?

What started as a hobby in 2011 is now a viable and growing internet radio station. We spoke recently about the station’s rebirth and about Jeremy’s enthusiasm for Trop Rock music.

Jeremy is a captain with the Houston Fire Department but is also a lover of good music and the idea of escapism.

He started the first online radio station back in 2011 with the Live365 hosting platform. Live365 eventually discontinued their service in 2016 and Palapa Mac Radio wound up on an unexpected hiatus. 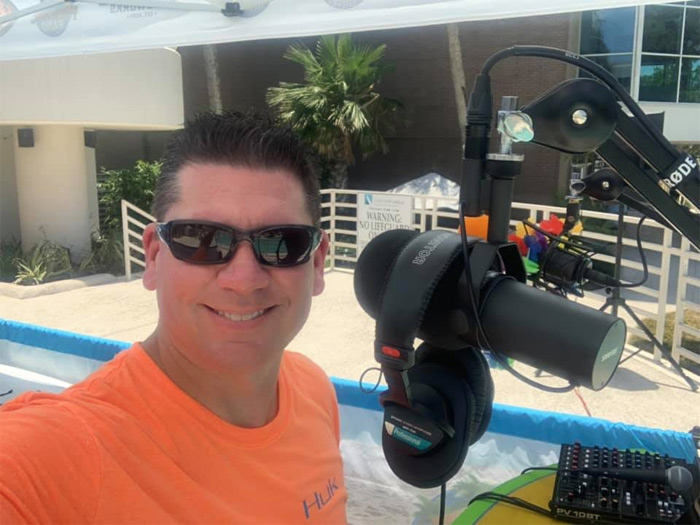 In the 2019, Jeremy brought the station back to life and is working hard to make it bigger and better.

The format not only includes Trop Rock music, but songs from all genres that fit into the escapism theme.

Playlists include music from artists such as Jimmy Buffett, Bob Marley and Kenny Chesney. Plus top hits from Classic Rock favorites such as Journey and the Eagles.

Keeping it fresh, Jeremy actively seeks out artist songs with a Trop Rock style even though they may not know about the Trop Rock genre…. yet.

Palapa Mac Radio has already been a part of several significant events during the first year back, such as a live remote broadcast of the South Region Parrot Heads in Paradise (PHIP) party in Key West this last October.

This was Jeremy’s first time to attend the Trop Rock Music Week in Key West and he had a great time. He’s a very affable fellow and enjoys meeting folks, fitting in perfectly with the Parrot Head / Trop Rock world.

He also stepped up to sponsor the Icon Award at the Trop Rockin’ Magazine People’s Choice Awards. He felt being a sponsor was a great way to extend a hand in the continued quest to support musicians in the Trop Rock world. 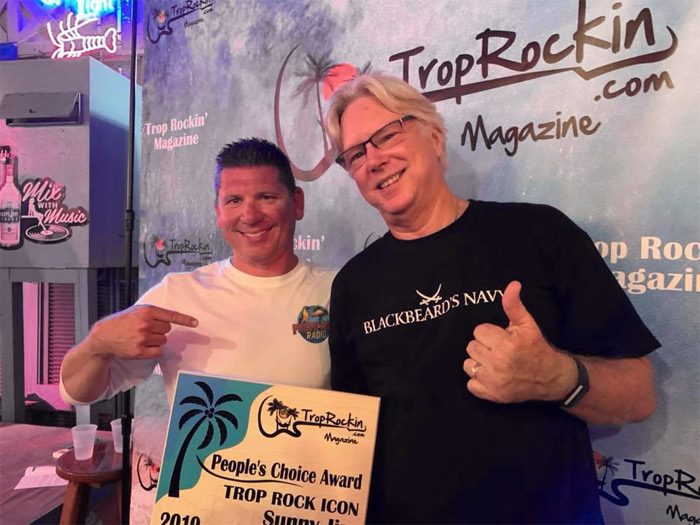 Since Palapa Mac Radio has been back in business, Jeremy has sought out to expand into other events that aren’t necessarily for Parrot Heads. He’s working with festivals and events to introduce and entertain attendees with the Trop Rock / Caribbean Country style music he showcases on the radio.

In Galveston, he worked with the Bon Temps Rouler Cajun Throwdown festival with DJ duties, plus meeting and greeting as well as live broadcasting from the 10th Annual Brewmasters Craft Beer Festival.

He spent a few weekends at the South Shore Harbor Resort last summer at the pool and marina area and also provided music at the parking lot party when Jimmy Buffett played The Woodlands. 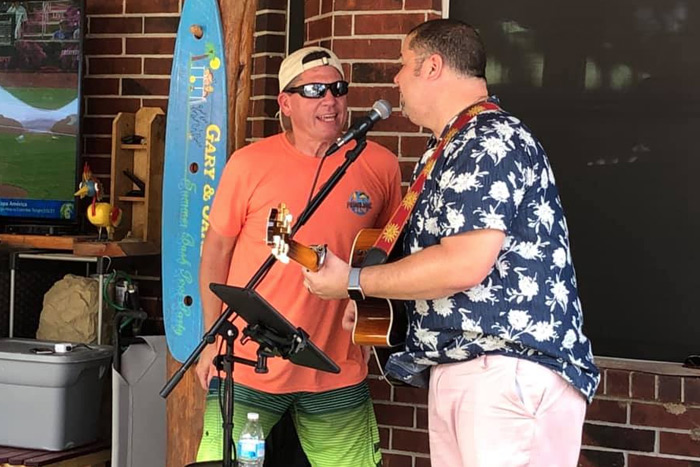 Coming up soon for Palapa Mac Radio is at the Clear Lake Shores Cajun Cook Off.

Jimmy Buffett plays The Woodlands again in May and Jeremy will be there, along with Blue Chair Bay Rum, T Bone Tom’s and singer / songwriter Jason Caraway’s new tropical line of fun products called Limin’.

Jeremy also plans to be back in Key West to help out at the South Region party again this fall. 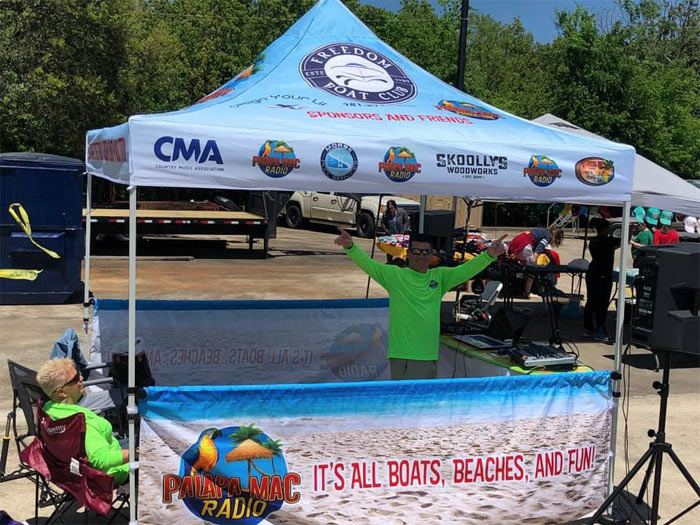 Jeremy is keenly aware that so many people love the “escapism vibe” that Trop Rock music presents and is on an obvious quest to educate as many folks as possible about the genre. He estimates that about 40% of his listeners are actual Parrot Heads and he says, “they embrace the music and want to support it.”

As far as the rest of his listeners, he told me “It’s such an untapped audience. We’re on a mission to educate and that’s why I created the radio station.”

Spreading the word about Trop Rock is a key goal for this radio station, so if you see Jeremy with the bright Palapa Mac logo tent, stop by and say hello. You won’t meet a nicer guy and you’ll be helping to support the spread of Trop Rock music.

I am an enthusiastic listener of Palapa Mac Radio. I have their stickers on my suitcases because I’m a flight attendant and play the station every where I go. It is the best Trop Rock station. ❤️??