If you’ve been to Pardi Gras, chances are you’ve seen Pam Fortner, co-owner with Earl Bernhardt of the Tropical Isle chain famous for their Hand Grenade drink. She also is a fixture at the Grapevine restaurant, which the entrepreneurial duo own, too. But did you know that Pam is also a licensed wedding officiant? That’s right, she can legally perform weddings and she has performed quite a few. I talked with her to discover how she got started.

Pam didn’t dwell on what got her interested, other than tell me that over fifteen years ago, she was visiting Washington, D.C. and someone talked to her about it, encouraging her to look into it. She did and became licensed in the state of Louisiana and with the Universal Life Church. Pointing out that many people love New Orleans and want to be married there, plus the fact that not everyone wants to exchange vows in a church, she said she’s proud to have been part of many unions. 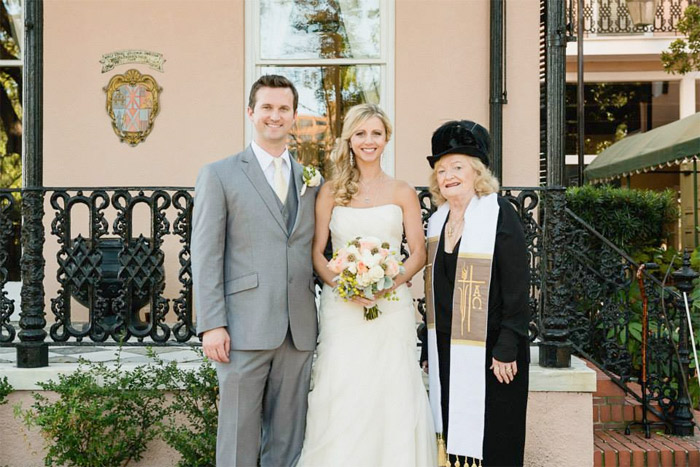 Thinking back in her wedding career, Pam told me that she has performed eight big weddings and some for children and grandchildren of longtime customers. She has known the Foley family since 1985 and performed their granddaughter’s ceremony in Chicago back in August, with almost 300 guests in attendance. Then there was the Wester family from San Francisco. They’ve been Tropical Isle customers for 25 years and their son became engaged and later married in New Orleans with Pam officiating.

Then there are local friends and employees who have tied the knot with Pam. Tammy is a bartender at the Tropical Isle and she married Rick, a popular NOLA buggy driver. This was an especially fun wedding, as their dog was the bridesmaid. Then musician Brandon Giles and his bride got married at the top of the Tropical Isle and his mom decorated the place “to the nines.” 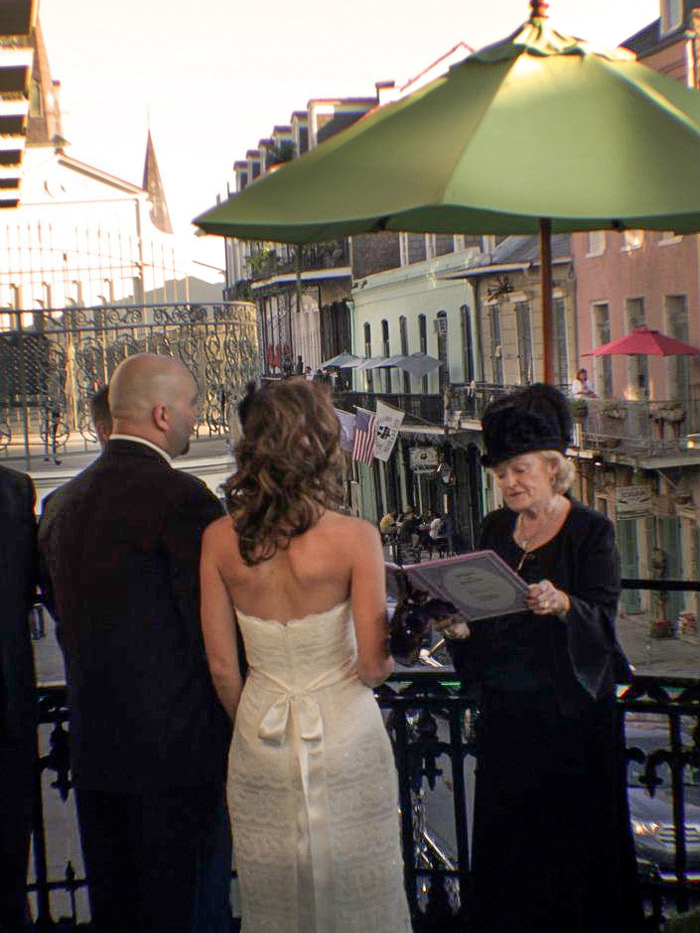 And my favorite wedding story involved a bride who is the sister of Carrie, the Grapevine’s manager. The Jackson Square ceremony was a bit late in starting, but the train that goes by near the Mississippi River was timely. The result was that Pam had to pause in the middle of the vows for the train whistle to end and after that stopped, the St. Louis Cathedral bells decided to chime. Lots of great memories! 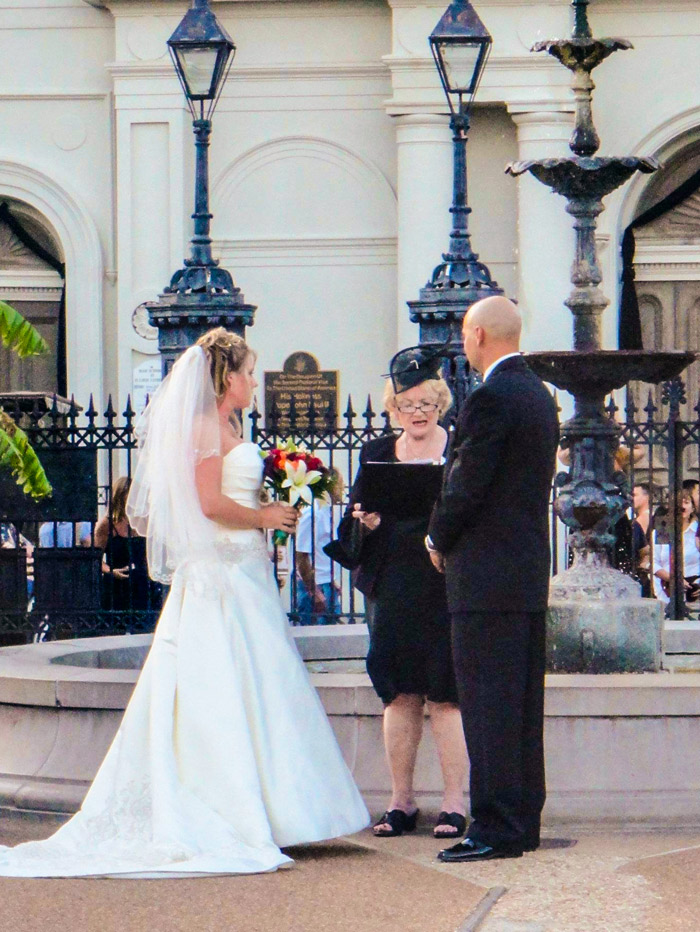 Pam has overseen organized ceremonies and unorganized unions. She officiated at a vow renewal for someone who is now a member of a band that regularly plays the Tropical Isle and told me there have been three proposals in the last two months at the bar. She has performed beach ceremonies in Alabama, too.

Pam doesn’t do it for the money, she does it because “I enjoy making people happy. I’m here if you need me!”