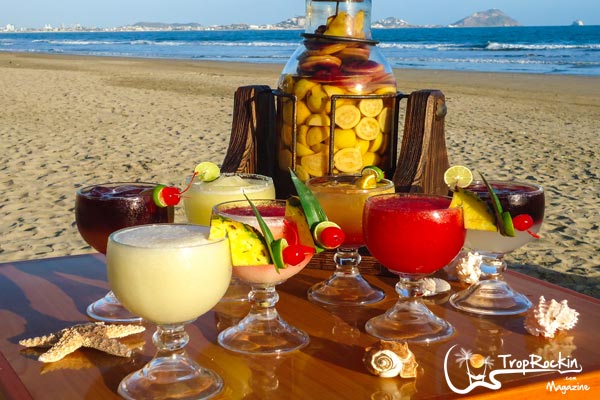 I’ve visited Mazatlan, Mexico many times. The historic city lies on the coast of Mexico across the Sea of Cortez from Cabo San Lucas and has been a resort favorite for decades. I never visit, however, without having at least one meal at Pancho’s restaurant.

Pancho’s is owned by a longtime entrepreneur named Francisco Lizarrago and there are several aspects of his place that set it apart. It’s situated overlooking the beach and every meal comes with a small appetizer and ends with a shot of Kahlua and cream, all gratis. The service is top notch and Francisco is sure to greet all who dine there.

I recently had dinner there and “Pancho,” or rather, Francisco, set up a beautiful photo shoot on the beach to showcase his drinks. Oh, but we first had to start with his private stock, or his “hooch,” as Francisco describes it. 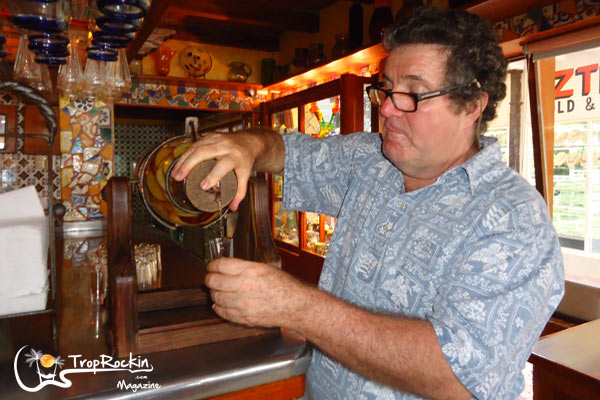 He serves a small shot glass of a tasty libation from a large cask and we toasted the coming sunset over the beach. 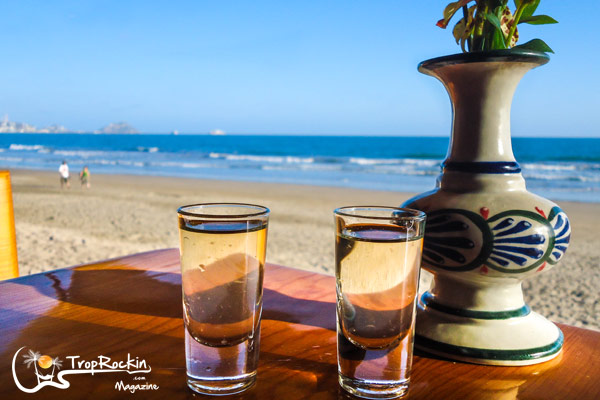 He enjoyed showing off his best-selling drinks, which were “Pancho’s Punch,” sangria with lemonade, strawberry daiquiri, pina colada, and a “Miami Vice,” which is a blend of pina colada and strawberry daiquiri. A margarita and tequilla sunrise rounded out the variety of gorgeous and tasty drinks.

As for the food, a typical Mexican food plate can easily feed two people, but there are great seafood and steak dishes offered on the menu as well. Nightly specials are always good and I actually had a Mexican-styled Osso Buco that night, which was terrific.

We settled in later for a wonderful dinner at a booth overlooking a pretty stretch of beach, active with walkers, fishermen, vendors and folks on horseback. Francisco’s background of being a waiter for years and a jack of all trades has contributed to his colorful personality and he is quick to make you feel like an old friend.

Francisco’s son is now operating a second location of Pancho’s across from the Pueblo Bonito Mazatlan Resort. The atmosphere is different, but very nice and the food is still great.

In Mazatlan, you can’t make a better choice for a great dining experience than Pancho’s!

Cindy what a great article, would love to go there! The food and drinks on that beautiful beach just makes me want to jump on a plane to there!