What a fabulous time 575 of us had in New Orleans recently at Pardi Gras. The food was wonderful, the weather was perfect for mid-January, but the music… that’s what made the weekend!

Jerry and Mary Diaz, along with much help from their daughters, Danielle and Casey, bring a bevy of Trop Rock musicians together from across the country. I can’t forget Jon Burns and Earl Sanders, who fine tune all the logistics of this terrific weekend. The hard work they all contribute makes the event work smoothly. 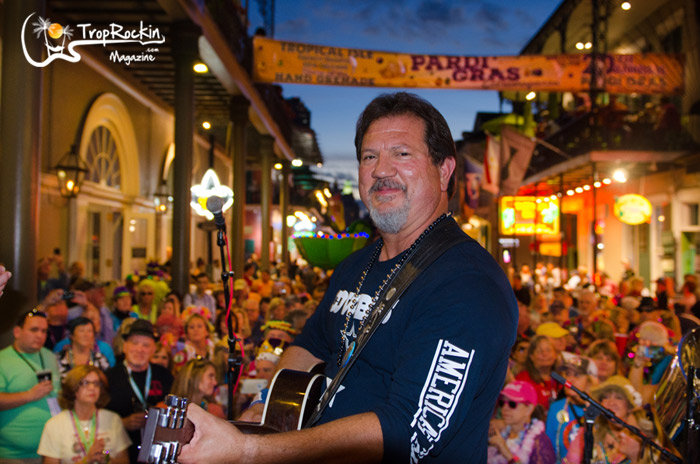 The surprise each year is finding out who will be crowned the King and Queen of Pardi Gras on Thursday evening. This year, Jerry and Mary chose Kelly and Anita Brown from Cedar Creek, TX who are long time friends and supporters of Pardi Gras. Plus, Kelly is a Trop Rock singer / songwriter in the Bad Monkeys band so it was a fun treat to see him perform with his crown on top of his cowboy hat. After the reveal, Trop Rocker Donny Brewer gave us a show to remember with so many fun special guests joining him on stage. 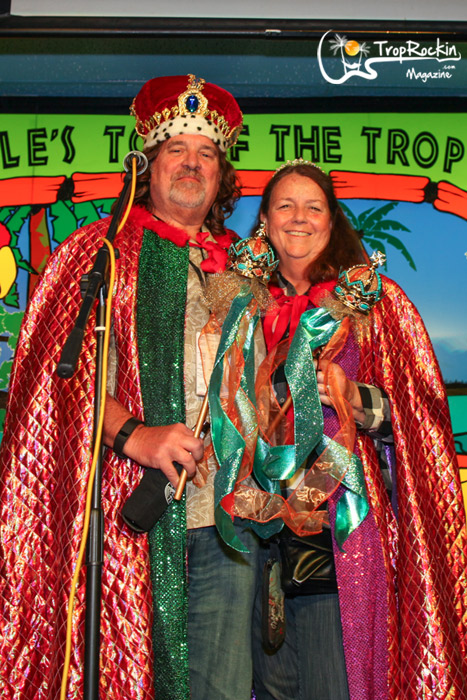 The infamous Bourbon Street Pub Crawl happens on Friday afternoon and in just enough time to catch your breath with a Don Middlebrook show,  it’s time for the parade. Walking in a four block, full-fledged Mardi Gras parade while tossing beads is something everyone should experience. The parade includes four actual Mardi Gras floats and a marching band – so much fun! Topping off the night with Country-Rock fun with Drop Dead Dangerous.

Sunday is a departure day for many, but I always stay another night so that I won’t miss the Sunday afternoon episode of music. Watching the likes of Brent Burns, Donny Brewer and Bob Karwin share songs, stories and lots of laughter is priceless. Pam Fortner and Earl Bernhardt, owners of the Tropical Isle bars, provide incredible support for Pardi Gras, including most of the performing venues. We can’t thank them enough. 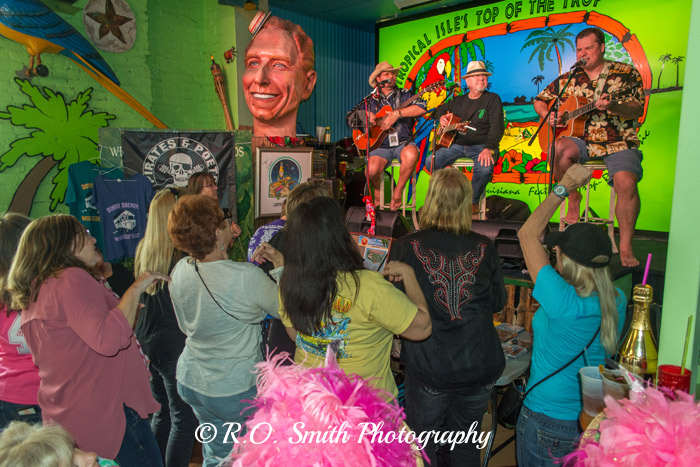 I love to hear about a Pardi Gras newcomer’s opinion of their experience each year. This year, Eric and Gina Babin, of Trop Rock Radio attended and were blown away by the weekend. Eric joins me in stating it’s obvious why Pardi Gras is always nominated for Trop Rock Music Association’s Event of the Year!

Want to see more of the fun at Pardi Gras? Check out the Pardi Gras Photo Albums on Facebook for the rest of the photos!

Thank you to Tammy Camp, Millie Marie Taylor and R.O. Smith for providing the photography.