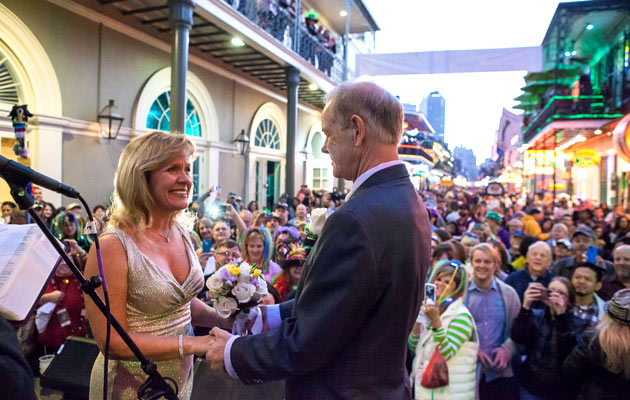 Parrot Heads Say “I Do” at Pardi Gras

At Pardi Gras 2013 in New Orleans, LA, on Saturday, Jan 19th after the end of the street party on Bourbon Street, there was a very special event.

Don Muir and Cindy Bates from San Antonio, TX, surprised everyone with their Pardi Gras wedding!

When Jerry Diaz and Hanna’s Reef finished their final set and left the stage, Don and Cindy along with their minister gathered in front of hundreds of Parrot Heads on Bourbon Street to say their vows. 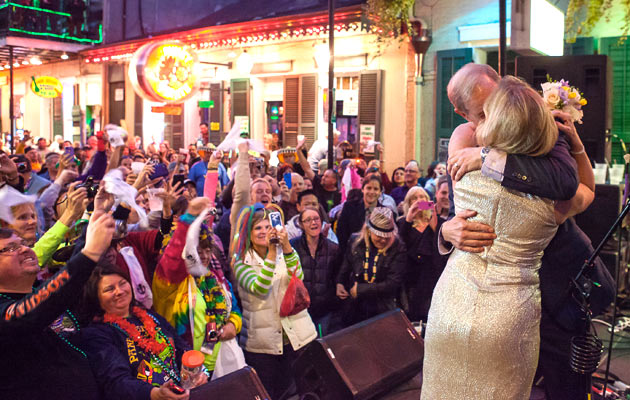 Once they said “I do” and were pronounced “man and wife”, a New Orleans second line jazz band began playing as the newlywed couple left the stage.

True to the “Parrot Head” tradition a “conga line” was formed behind the band, Cindy and Don, family and friends all waving handkerchiefs with a Fleur de Lies motif announcing “Cindy and Don” with the wedding date on them.  Everyone danced in the street and continue to celebrate up to the second story of the Tropical Isle for the reception. 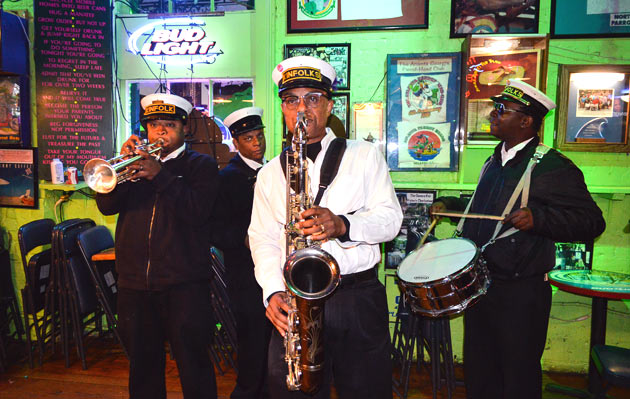 Both Cindy and Don are long-time members of the San Antonio Parrot Head Club and subscribe to the motto “Party with a Purpose”.  Both are great supporters of many social and charity events the SAPHC sponsors. 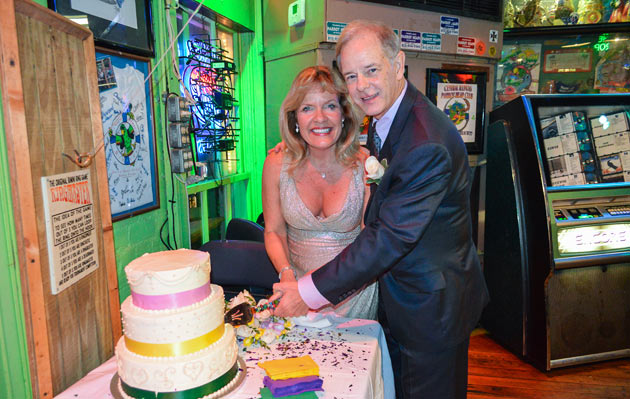 We wish them many years of love and happiness!