These extra creamy Chocolate Pudding Shots are made with Kahlua and Vodka. Serve them in fillo dough shells for extra yum and no wasted plastic shot cups. Your party guests will swoon over them! 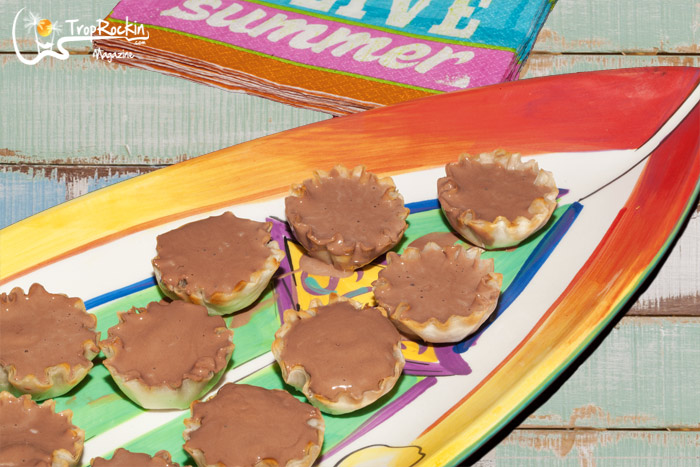 Chocolate pudding shots are always popular with party guests, but even more so when you serve up these super creamy and easy to eat adult treats.

Pudding shots are a great alternative to the traditional jello shots and are way more decadent!

We’ve taken an extra step and spruced up these shots by serving them in fillo shells. Of course, you can always serve these up in the traditional plastic shot cups too, but there are great benefits to using the fillo dough shells.

First, they are easier to eat! You’re guests won’t look a little silly trying to spoon out these chocolate pudding shots with their tongues. The fillo dough shells are quite tasty with chocolate, Kahlua and vodka. And they make an adorable display on the table.

Even better, there’s no plastic waste to add to the landfill with those single-serve plastic cups. I guess that makes these chocolate pudding shots “green.” We can consume alcohol and help save the Earth all at once. Win-win! 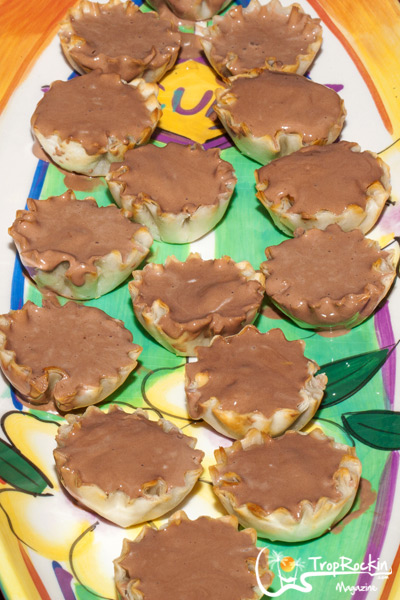 There’s a reason these pudding shots are extra creamy! I always use the Extra Creamy Cool Whip. A little sweeter than regular Cool Whip and the texture is super smooth.

The mini fillo shells (or phyllo shells) are so easy to use. You’ll find them in the frozen food section of the grocery store typically near the pie crusts. They are already baked and ready to use.

The remaining ingredients you’ll need are milk, Kahlua and vodka. 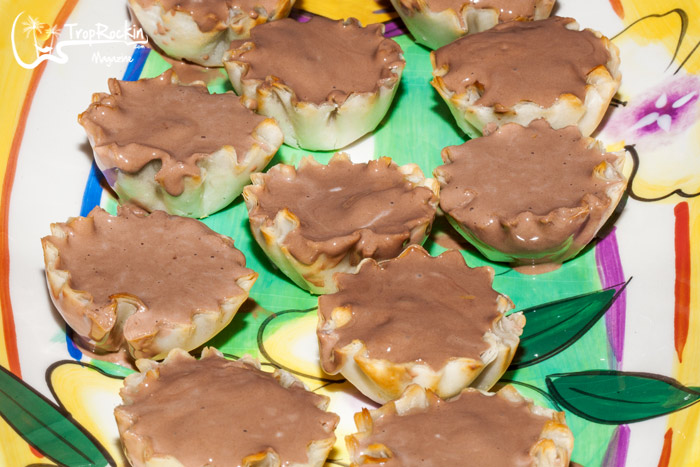 It’s quickest to get out your mixer for this recipe.

Combine the Chocolate Fudge Instant Pudding Mix and milk in your mixing bowl. Beat until smooth, making sure there are no powder lumps.

Stir in the Kahlua and Vodka until thoroughly mixed and then fold in the Extra Creamy Cool Whip.

Use a large flat pan / baking sheet to set your fillo shells on. Spoon the chocolate pudding shot mixture into the individual fillo shells and place the pan in your freezer over night or at least 8 hours to let the alcohol and pudding mix set.

Remove from freezer and serve.

Feel free to print out this recipe below. Your guests are going to ask you for it!

Save it for later and Pin it to your Pinterest Board!

These are awesome, I got to taste them!!