Fireball Apple Cider is the perfect cocktail to get into the spirit of the fall season.

Fireball Whisky and Apple Cider simply go hand-in-hand and together they make a sweet, smooth fall drink. Choose the hot whisky drink recipe or a chilled cocktail to match the occasion. Both apple cider Fireball cocktails are absolutely delectable! 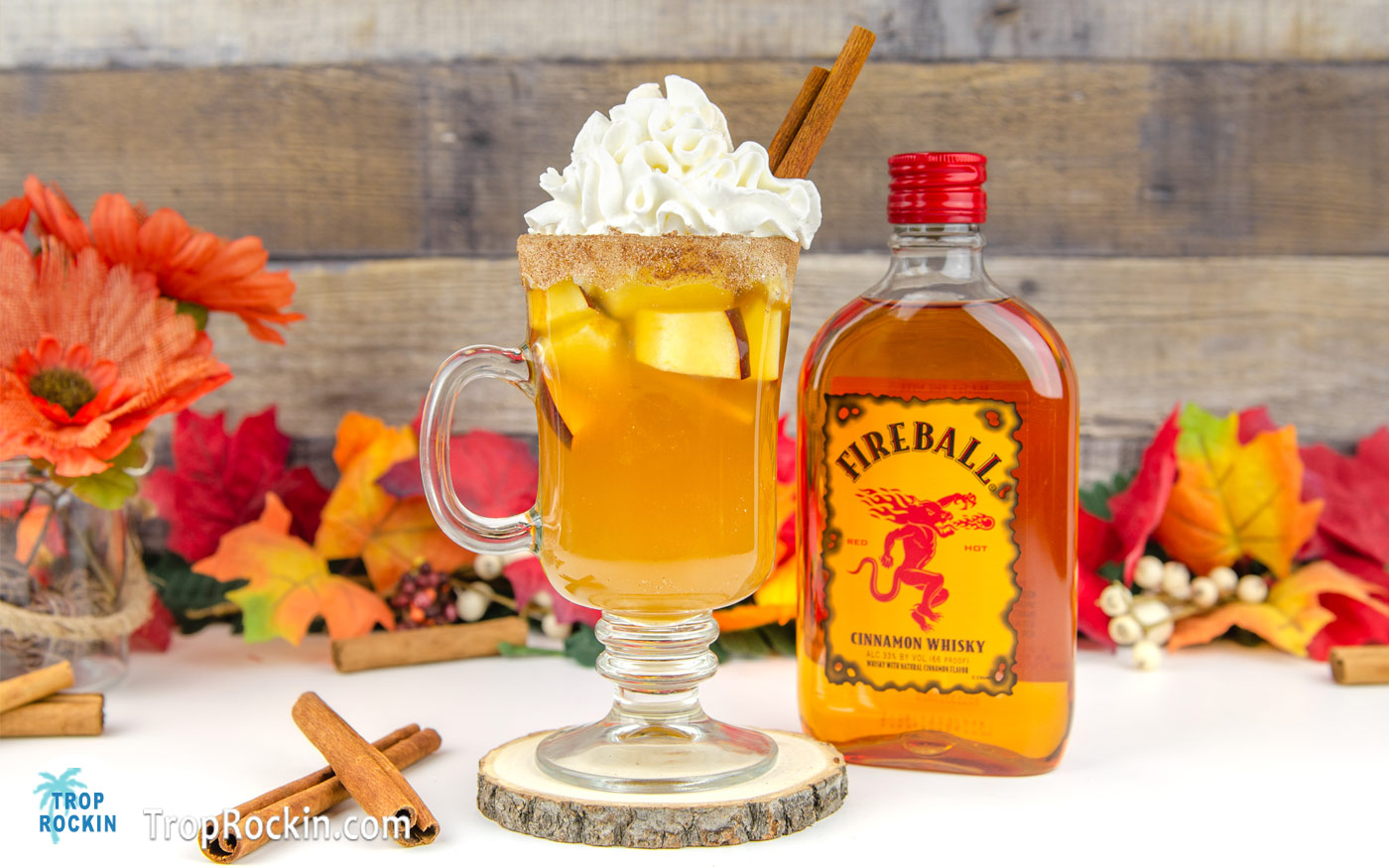 Falling leaves and cooler weather can only mean one thing: it’s the perfect time to enjoy some fall cocktails. These two recipes are made with Fireball Whisky, which seems to be made for fall drinks! It’s easy to sip, cinnamon sweet, and mixes perfectly with fall apple flavors.

Get cozy and warm up with one of these Fireball Apple Cider drinks.

Do You Make Fireball Apple Cider Hot or Chilled?

There are two ways to enjoy this fall cocktail. There’s the hot apple cider cocktail or the cool effervescent cocktail.

I tend to choose the hot Fireball apple cider drink when I’m cozying up by the fire on a cool evening for more of an after-dinner cocktail. For the chilled version, I tend to serve it at fall parties or as a pre-dinner cocktail.

Both recipes are delicious! Choose the one that fits your mood, occasion, time of day or the weather. You can’t go wrong.

What Type of Apple Cider is Best?

You can also use Caramel Apple Cider or regular Apple Cider. And if you only have apple juice, it will work just as well in a hot apple cider cocktail. It’s up to you! 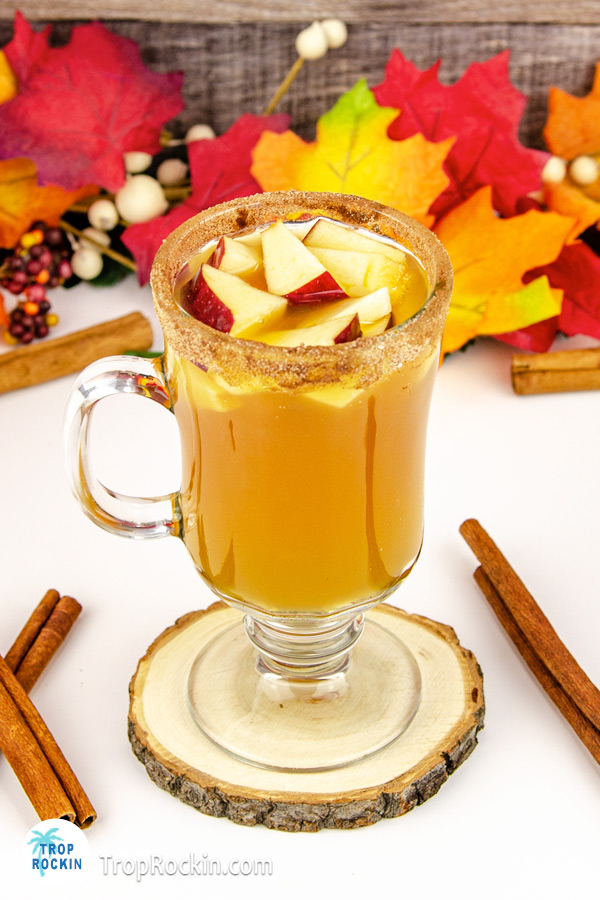 Want to warm up with a soothing hot cinnamon whiskey drink? Then this first recipe for a hot apple cider cocktail is the one for you.

Here’s the list of ingredients you’ll need to make this hot Fireball Apple Cider cocktail. Personally, I love all the “extras” that make this a deluxe cocktail, but you can certainly skip them for a quick nightcap drink. 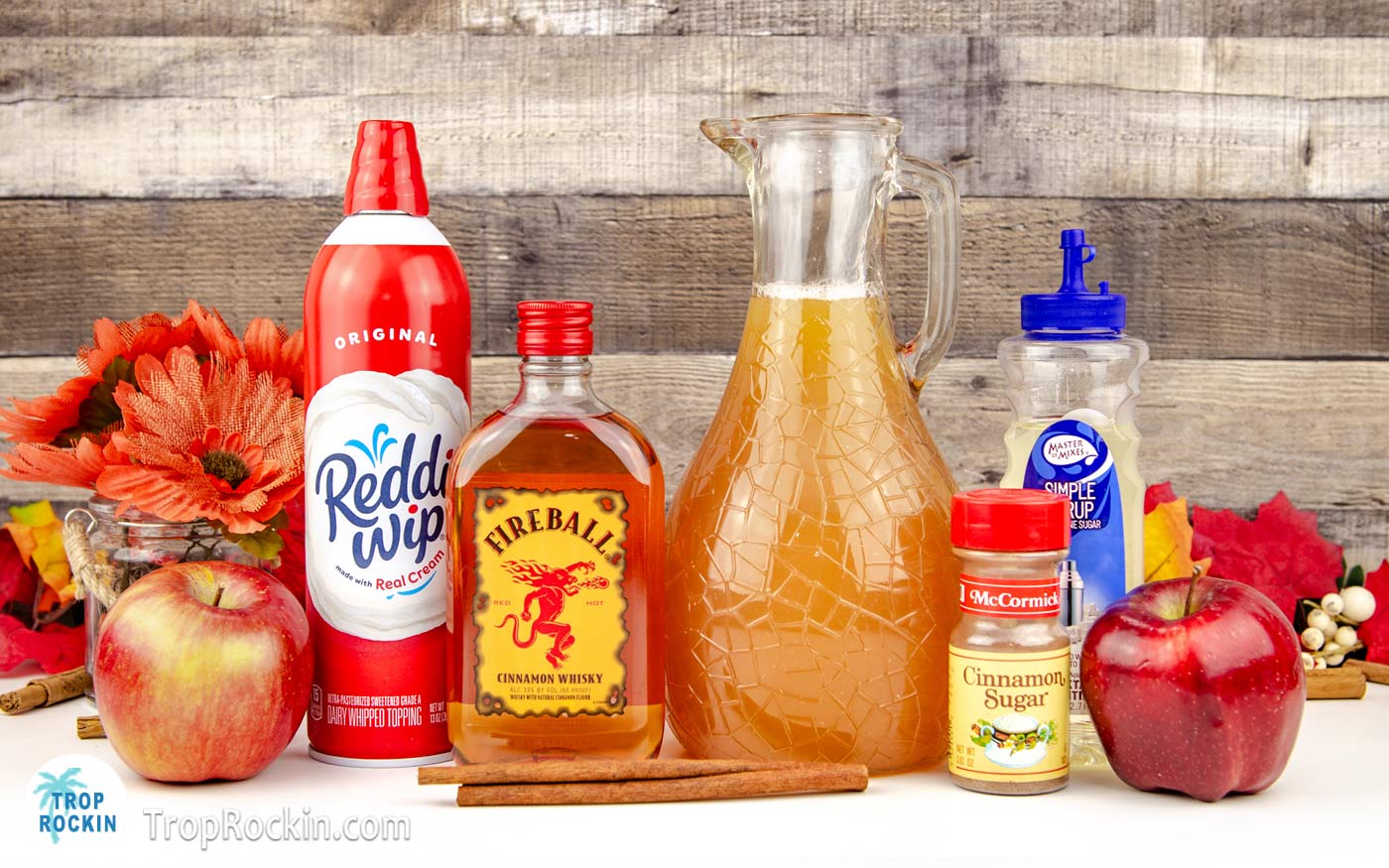 Here are the easy step-by-step directions:

During the fall season, I end up using my apple corer all the time. It makes chopping and slicing apples so much quicker once the core is removed. 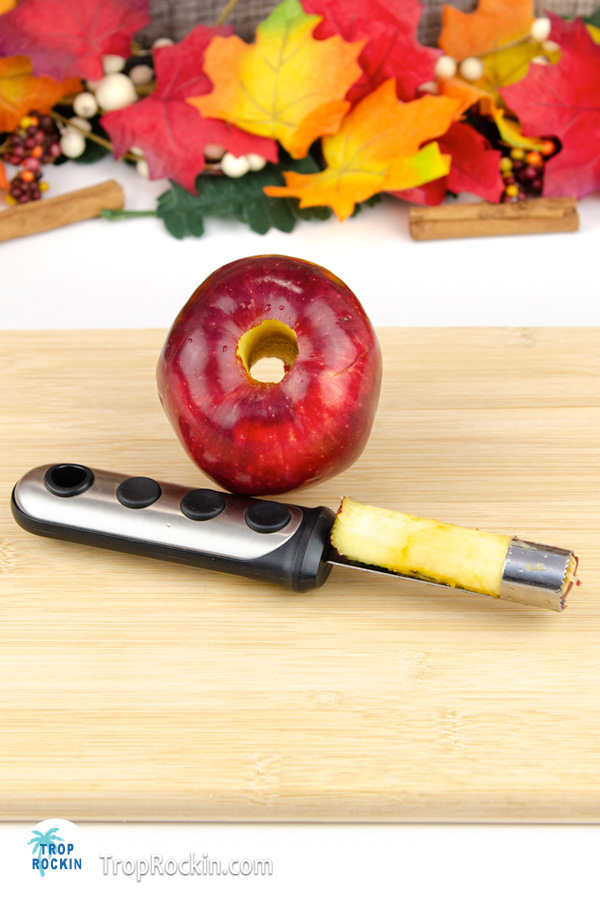 I use one large chopped apple slice for each glass of Fireball Apple Cider. 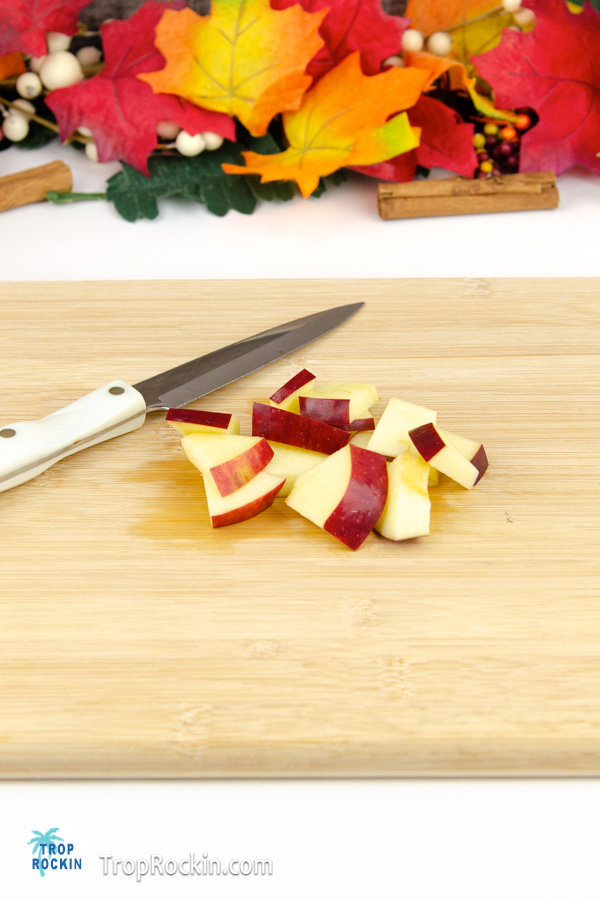 Step 3: Add a cinnamon sugar coating to the rim of your glass.

First, roll the edge of your glass in the simple syrup.

Tip: Hold your glass upside down over the simple syrup saucer and let any excess drip back onto the plate. This will keep it from running down the sides of the glass and becoming sticky.

Next, roll the edges of your glass in the cinnamon sugar until covered. 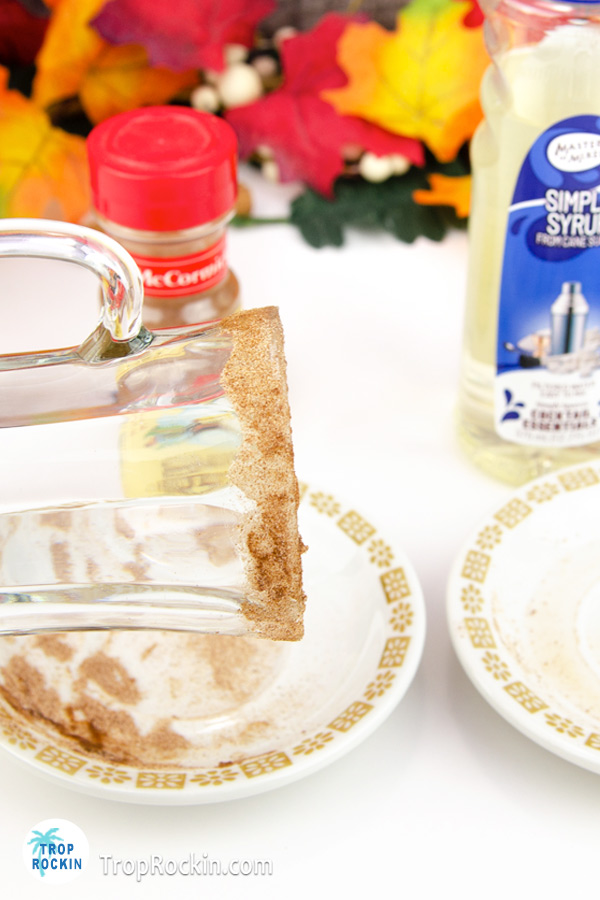 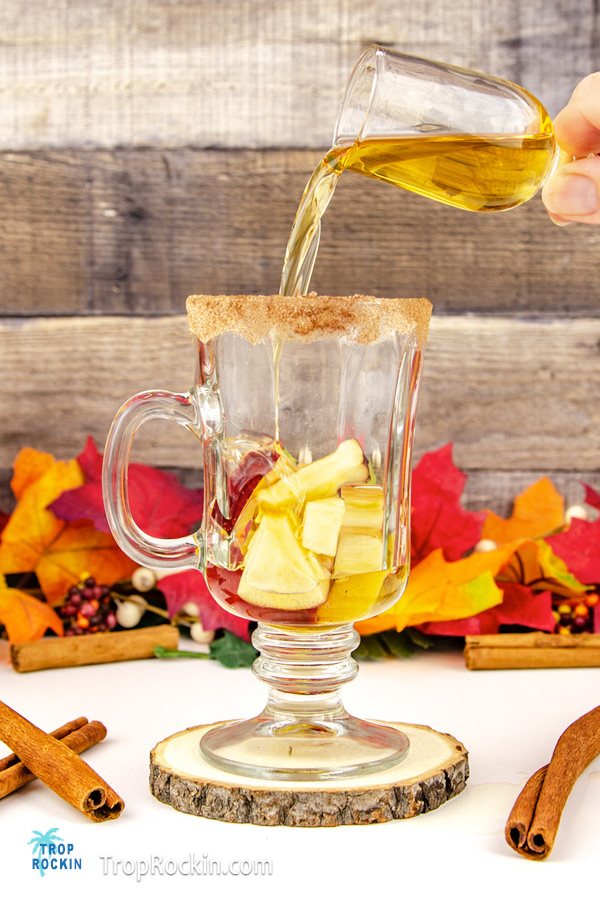 Step 5: Heat up 3 ounces of apple cider in the microwave to your desired temperature and pour into your glass. 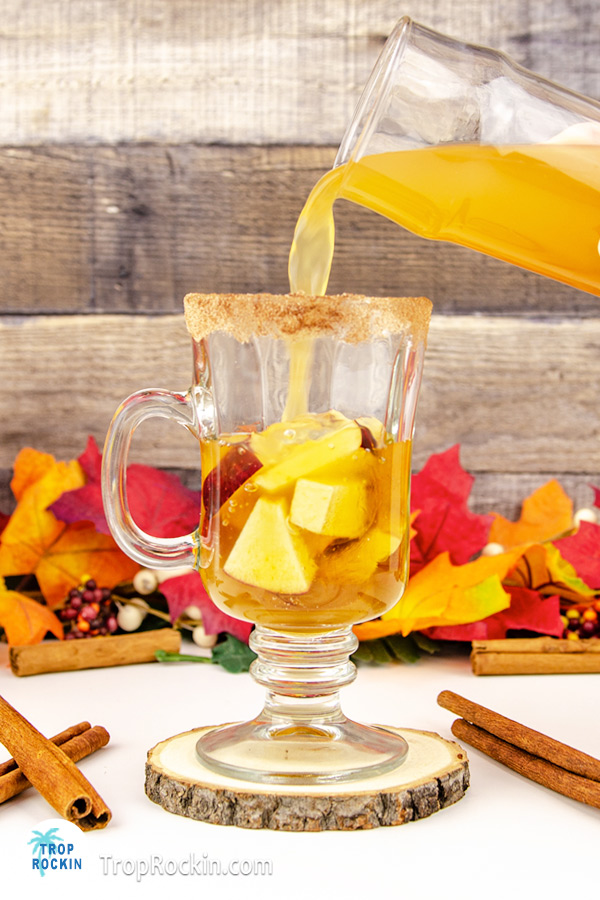 The whipped cream will add another layer of sweetness and use the cinnamon stick to stir your cocktail, which does actually add a little more cinnamon flavor too. 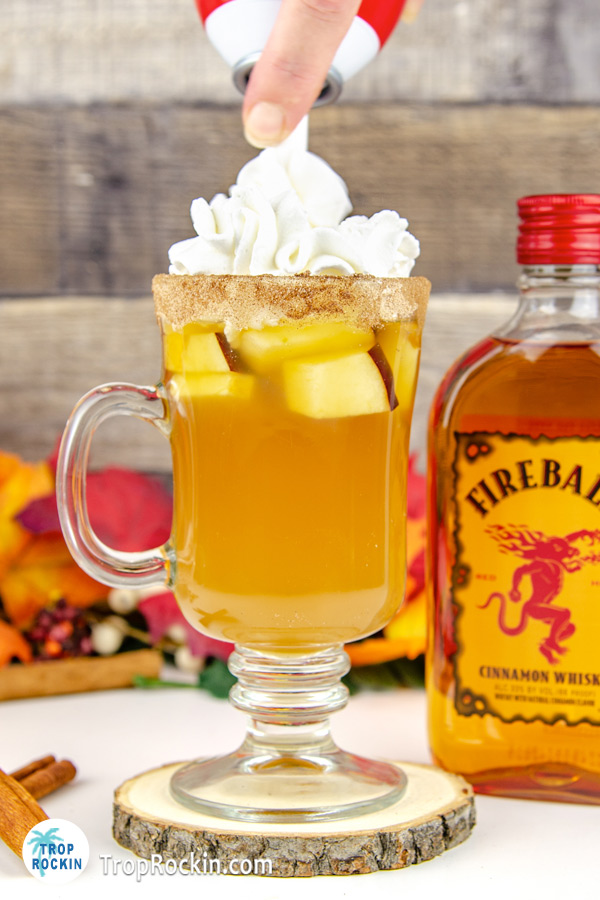 This chilled version of Fireball Apple Cider is perfect for fall parties, game day drinks or a pre-dinner cocktail.

Here are all the ingredients to make the chilled version that adds a little bubbly for a lighter-tasting cocktail than the warm recipe above. 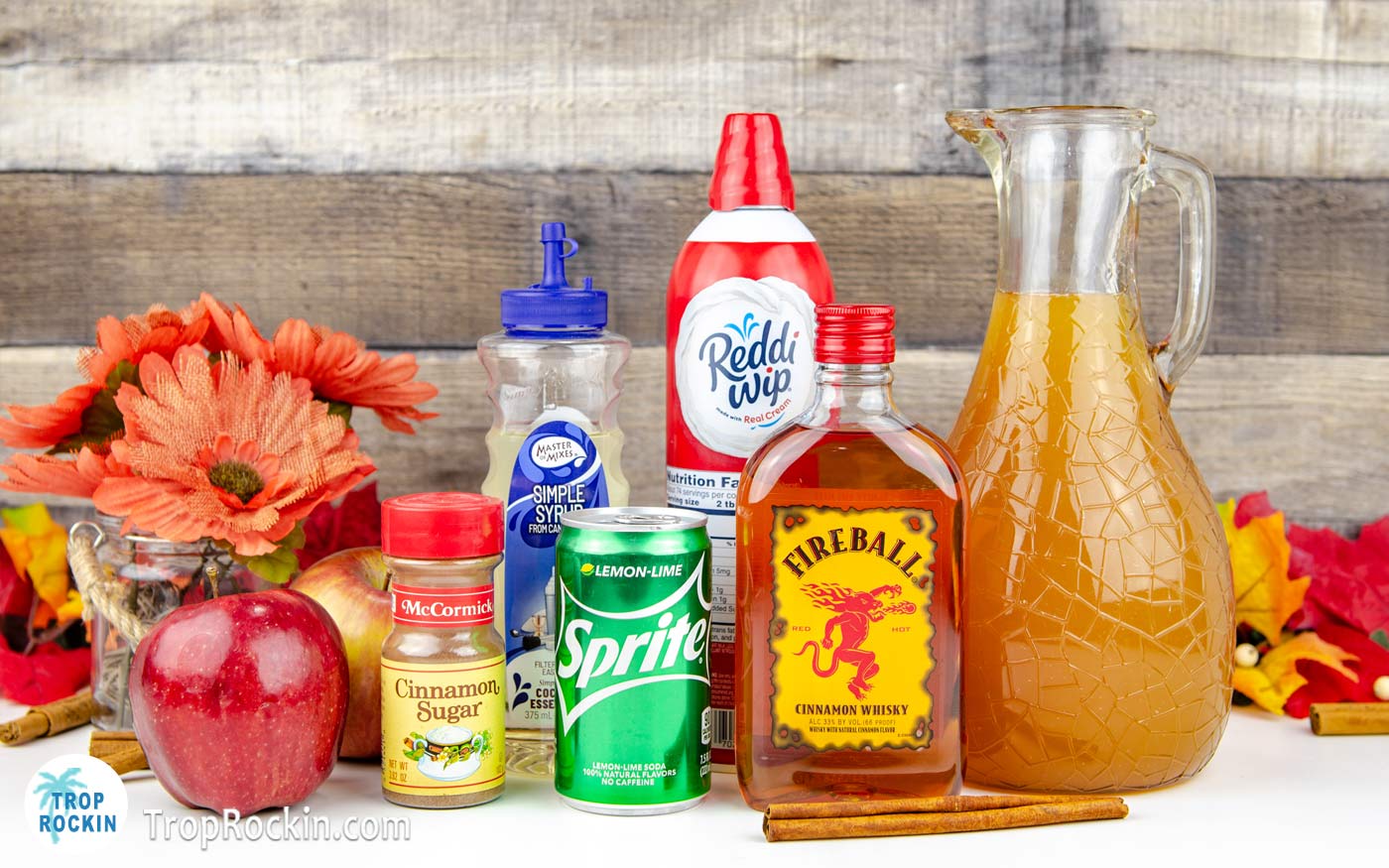 Following many of the same steps above in the hot Fireball Apple Cider drink, here are the easy step-by-step directions:

Step 1:  Wash, core and chop a fresh apple. Use one large slice of chopped apple per drink.

Step 2: Add a cinnamon sugar rim to your glass (see the instructions in the first recipe above).

Step 3: Fill half your glass with ice and then add the chopped apple. 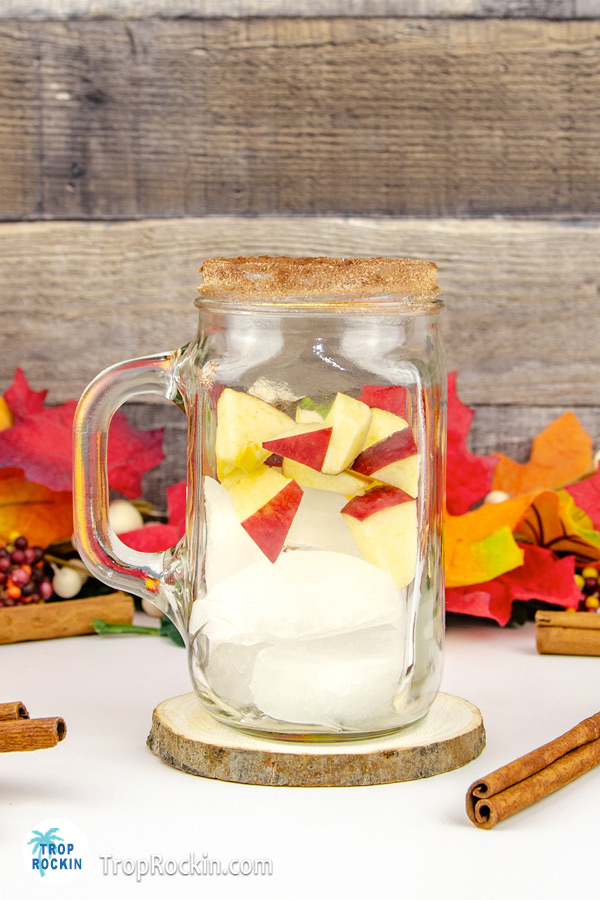 Step 4: Top with 2 ounces of lemon-lime soda or ginger ale.

Tip: Depending on your taste preferences, choose the right soda for your cocktail. Sprite will add additional sweetness as well as delicious bubbly. If you prefer a less sweet soda, use 7up . If you’re a fan of ginger ale, the ginger flavor is delicious with apple cider. 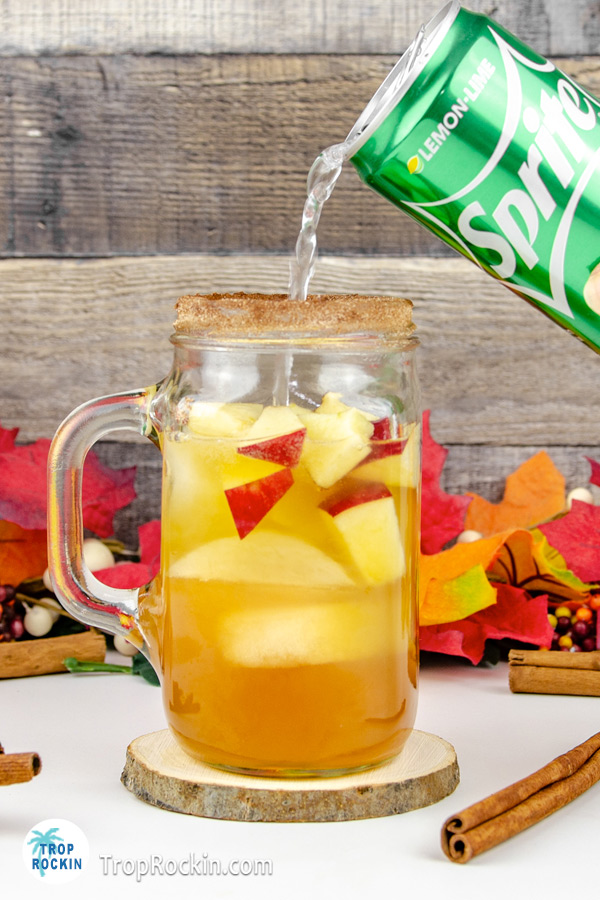 The cinnamon stick is also a great cocktail stirrer and adds a little more cinnamon flavor to the cocktail. 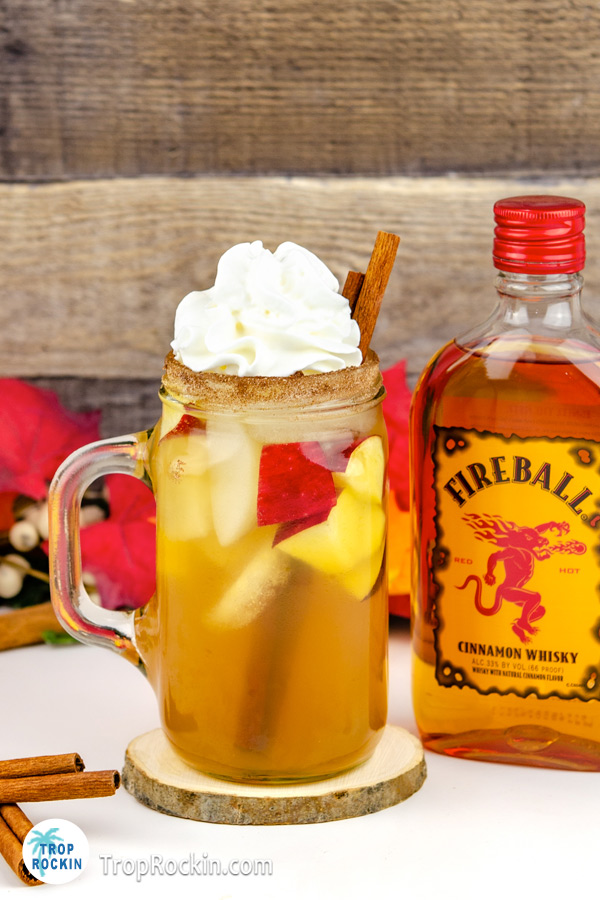 If you’re looking for a cozy, boozy drink to make for a fall party or an after-dinner cocktail, both of these Fireball Apple Cider recipes will hit the spot. Easy to make and simple to customize to suit your tastes. 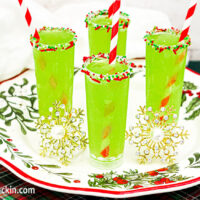 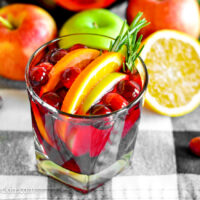 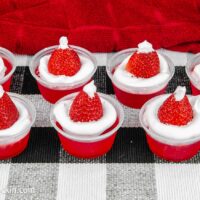