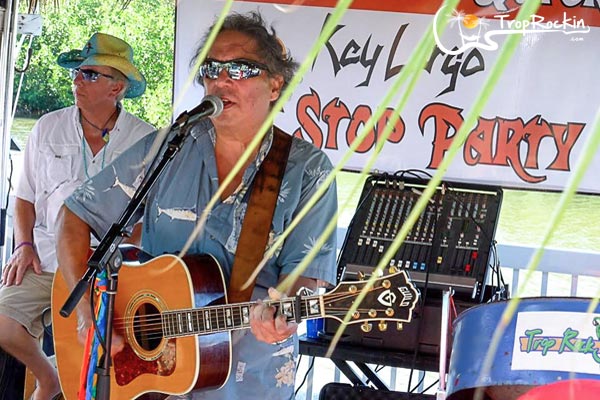 Playing music was Rick West’s passion in life. He started with classical piano as a child then picked up his first guitar at 16 years old.  Living life between the Tavernier and Sarasota, Rick was part of the Florida Keys sound.  It didn’t matter what he was doing, from relaxing on the couch to hanging outside watching manatees gracefully swim by, his guitar was by his side to accompany him for a song or two.

In January, Rick passed away at the age of 55 from a massive heart-attack at a time when Rick was looking forward to so many new adventures.  Less than a month before, Rick was playing a gig at the Ocean Reef Club in Key Largo when during his break, he asked the love of his life, Kathy Kaz, to marry him.

They celebrated that evening quietly at the Pilot House where they stopped in to see Trop Rock musician Capt Josh.  Kathy said, “I was walking on air and wanted to shout from the rooftops and tell everyone, but we had decided to wait and tell our families first.”  Rick played a few songs with Josh that night and they went home talking about where to have the wedding ceremony.  Vegas or Florida? Both options seemed like a wonderful way to start the newest chapter in their lives. 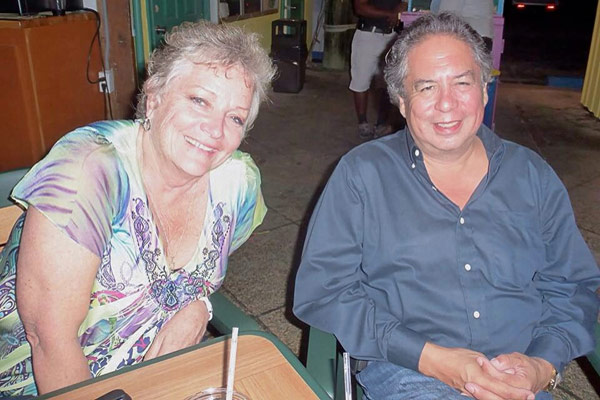 Rick and Kathy on their Engagement Night

Rick was looking forward to being “an awesome grandpa” (his words) for the newest member of their family and setting out on a full summer music tour around Florida.   Once again, he planned to lend a hand to David Kay with the annual Trop Rock music Pit Stop Party in Key Largo. Then on to Meeting of the Minds in Key West for the first time to play a few gigs and enjoy a belated honeymoon. 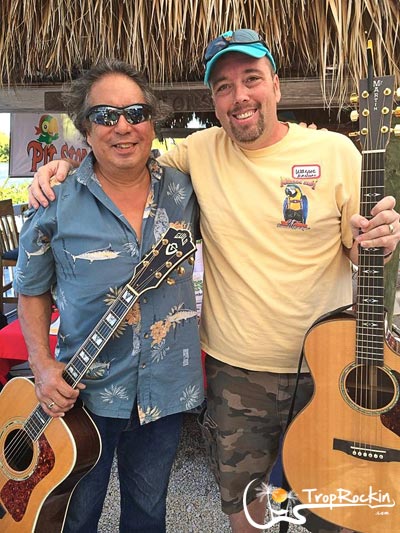 Rick simply loved to play music and entertain fans.  Often sitting in with other musicians for a few songs, Rick jammed with a number of artists along the way in life, creating lasting friendships. 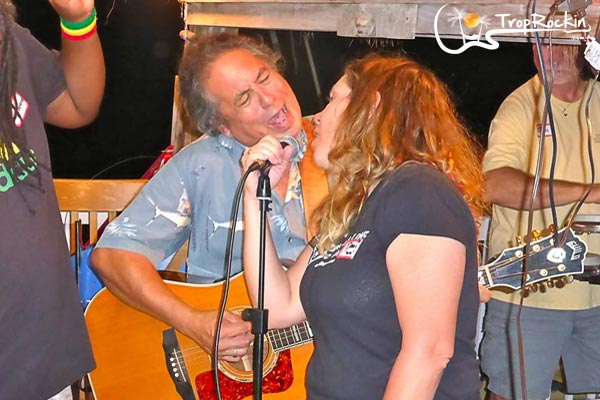 With a big heart, Rick provided entertainment for charitable organizations such as fundraisers for veterans through his affiliation with the Key Largo American Legion.  He often spent six weeks at a time in Sarasota, FL helping to take care of his elderly parents.

While in Sarasota, Rick regularly played around town. One of his favorite gigs was the Tequila Cantina on Main Street and often played at Beef O’Brady’s, JR’s Old Packinghouse Cafe, The Blue Rooster and Snook Haven in Venice.

At home in Tavernier, Florida, Rick regularly played at Tasters, a local restaurant and had fun entertaining visitors for sunset cruises on “Island Time”, a 78 foot paddlewheel boat.

Rick built a carefree life around his love of music and the tropical lifestyle of Florida. His smile and his music will be missed. Rick’s last wish was to return to the ocean, where his ashes will be spread.

Here’s a video of Rick doing what he loved most from a past Key Largo Pit Stop Party (courtesy of David Kay).  We’ll miss him, but his music will always be with us.

Thanks for the great music and memories out at Snook Haven and Sharkys on the Pier Rick!