Rum and Apple Juice is a refreshing cocktail all year round. Once you add spiced rum and a cinnamon stick it becomes a delicious fall apple juice cocktail! An easy mixed drink to satisfy your rum cravings that’s perfect for the fall season. 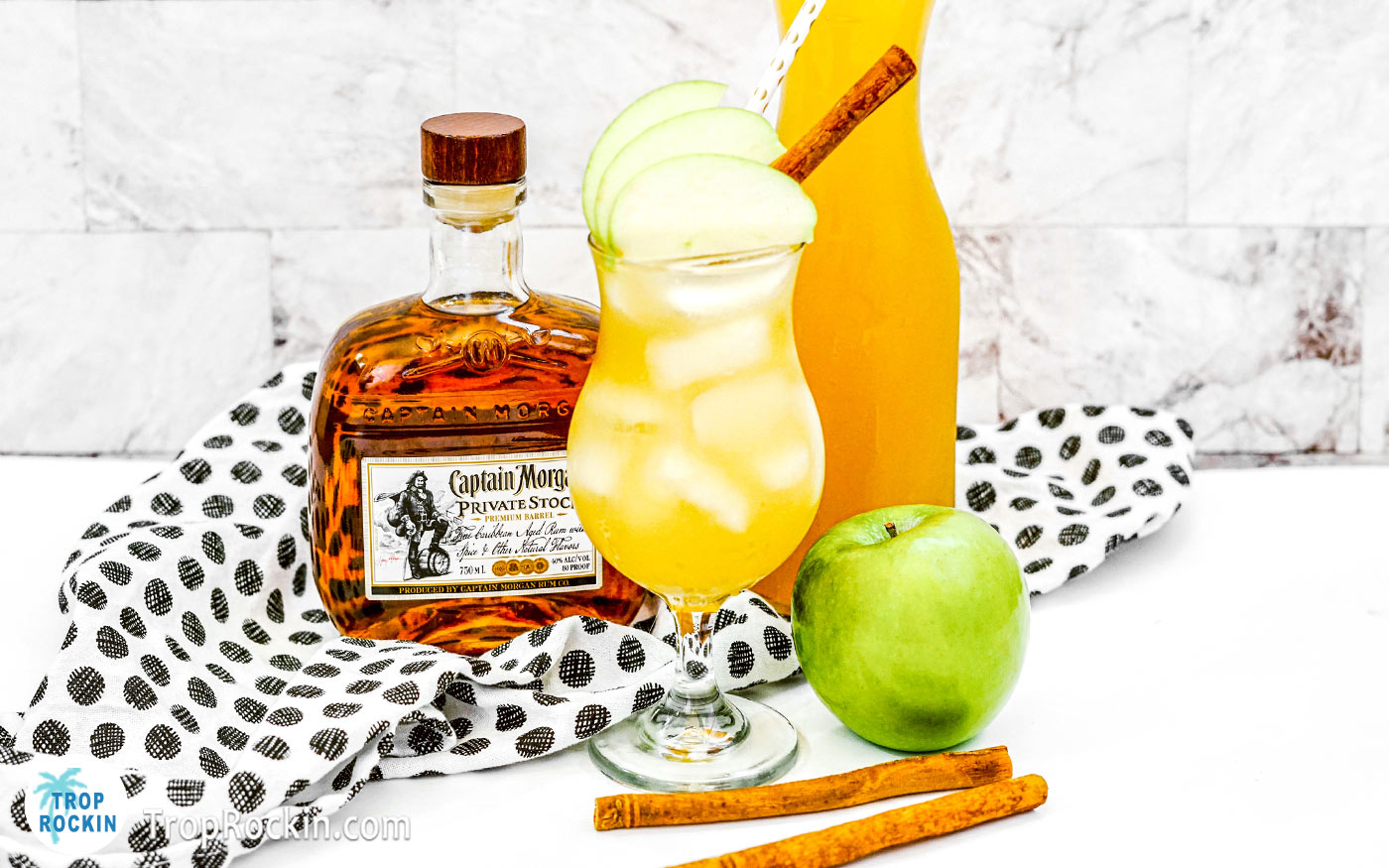 It’s fall! The time of year when we can finally break out of the summer heat with crisp air, colorful leaves, and apple juice cocktails.

Rum and Apple Juice is a blend of fresh apples and sweet rum is a winning combination.  Serve as a pre-dinner drink for Thanksgiving or any autumn party event as a fun way to celebrate the fall season. 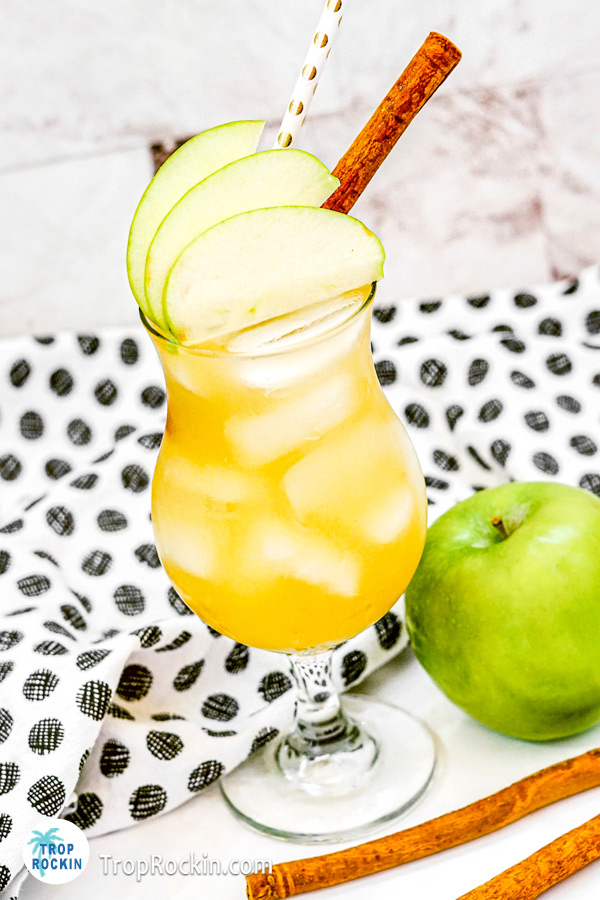 Can I Substitute Apple Juice with Apple Cider?

Yes, absolutely! Apple juice and apple cider are extremely similar. The main difference is Apple Juice is filtered down to just the juice, whereas Apple Cider typically contains some of the apple mash (or pulp).

Use whichever you have at home or prefer. Personally, I love the crisp taste of pure apple juice and rum. It’s a fresh and cool combination for an apple juice cocktail!

What Kind of Rum Goes with Apple Juice or Cider?

The best rum to mix with an apple juice cocktail is spiced rum such as Captian Morgan.

Spiced rum adds the warm flavors of brown sugar, vanilla with hints of cloves and cinnamon spices. Everything you want in a fall apple juice cocktail!

No time to make this rum and apple juice cocktail right now? Save it for later and Pin it to Pinterest! 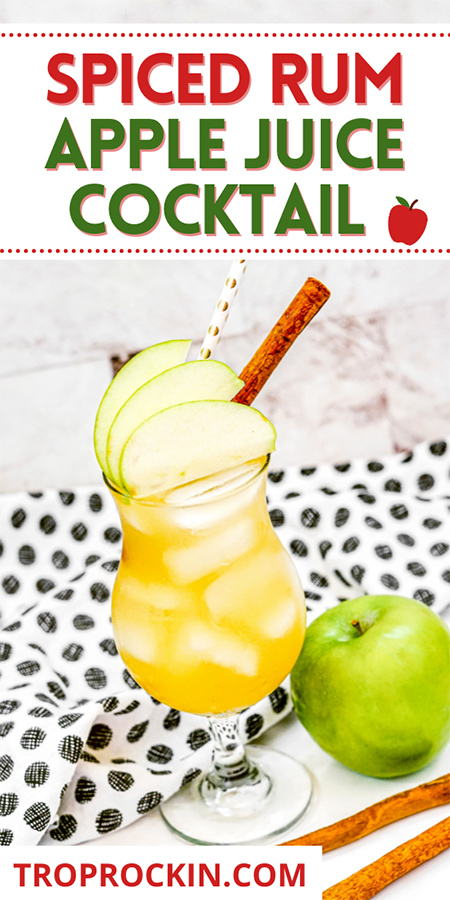 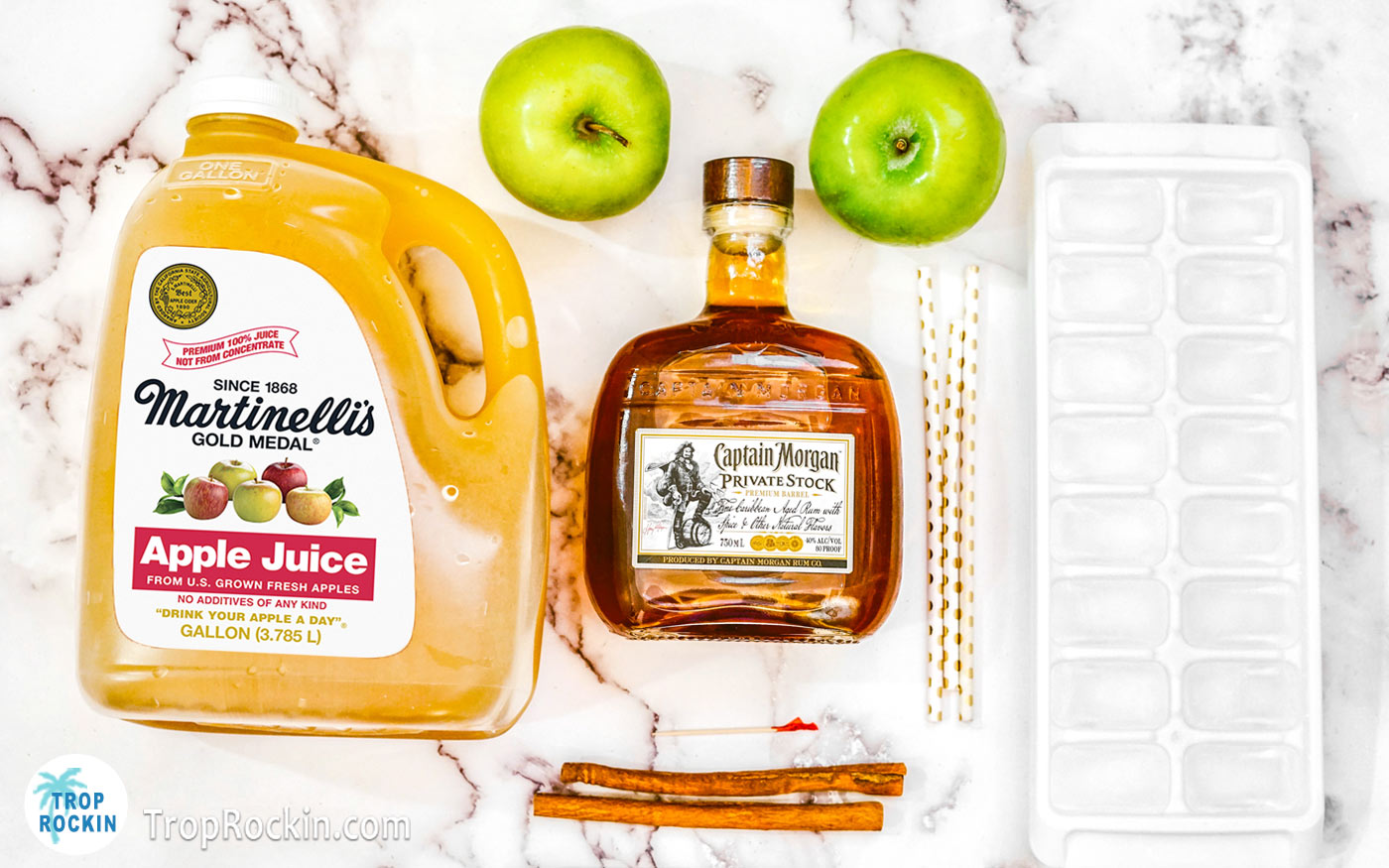 How to Make Rum and Apple Juice 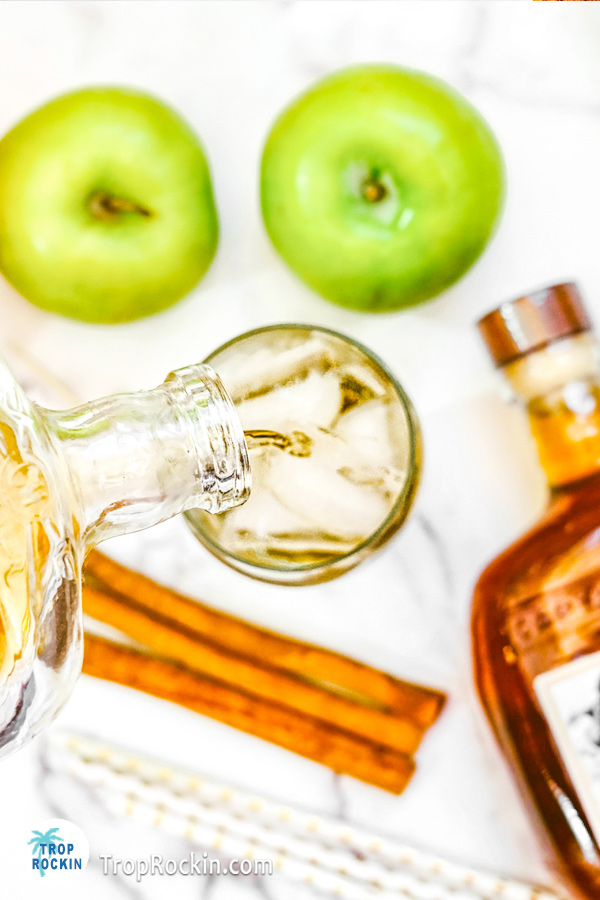 Tip: Using a cinnamon stick to stir your drink will add a light cinnamon touch to your cocktail.

Step 5: Garnish with a fresh slice of apple (or several). 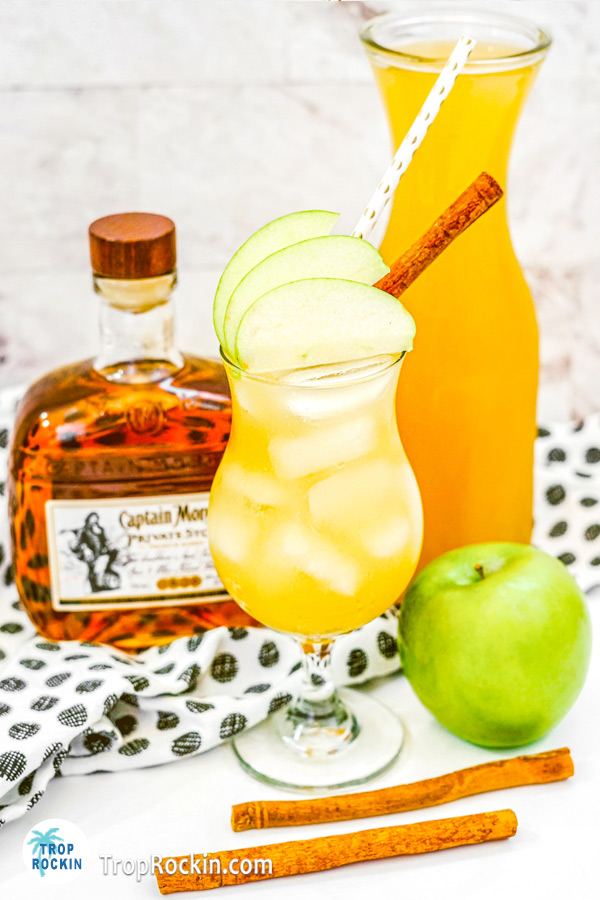 How to Make an Apple Fan Garnish

Garnish makes a cocktail stand out! If you’re serving rum and apple juice drinks to friends or family, dress it up to make it slightly fancier!

If you want to create this gorgeous “apple fan” garnish, here’s how to cut the apple:

Start by cutting the apple in half from the top of the stem to the bottom, but don’t cut it right down the middle. Cut it slightly off to one side so you end up with half an apple that has no part of the core.

Next, take the half without the core and place it flesh side down on the cutting board. Now, cut thin slices long ways (what would be stem to stern of the apple).

Use a skewer (I love these stainless steel cocktail skewers) to hold the apple slices together and prop on top of your cocktail.

There are plenty of easy variations you can make when you’re ready to change up this rum and apple juice cocktail!

Rum and Apple Juice is an ideal choice for the fall season! It’s a simple yet delicious cocktail that everyone loves to say cheers to during this time of year.

See the above post for delicious variations and ideas. Drink Responsibly.