Sam Rainwater is someone you may have heard of, but have you actually heard his music? His fourth CD release is happening on his way to Key West, during Meeting of the Minds and even on his way back home to Arizona after the giant party in Key West. The new CD is called Cheaper Than Ice, and it’s a typical Sam Rainwater winner. 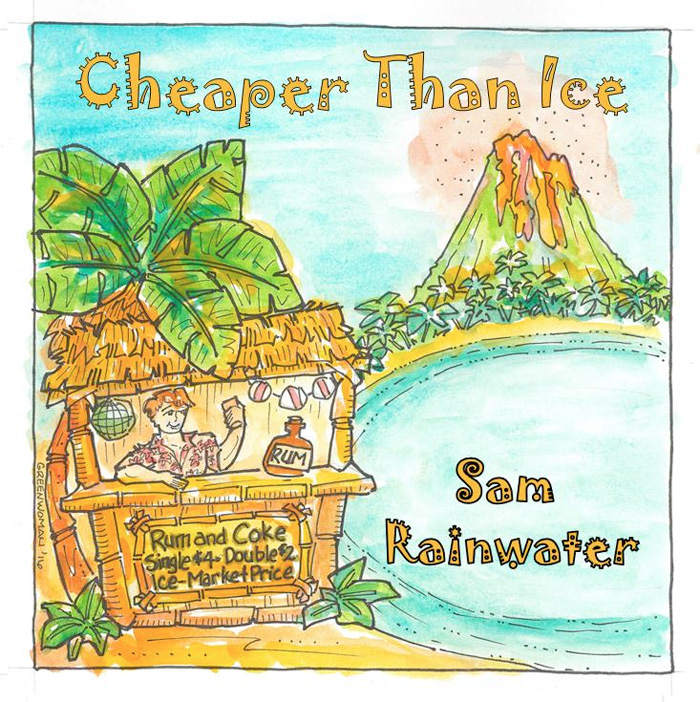 Now, to understand many of these new songs, you have to know a bit of Sam’s background. He and his lovely wife Elizabeth live in Phoenix, Arizona, but spend a great amount of time in the San Carlos area of Mexico (Mark Mulligan territory!), so quite a bit of his music has a Mexican influence. In fact, Sam calls his sound “MexiTropAholic.”

In this new recording, he pays homage to San Carlos with a couple of songs… “Tetawaki in The Moonlight” and “The Perro Social Club.” Tetwaki is a mountain in the San Carlos area and the easy-tempo, plus the sing-a-long in part of the song, make cut this very likeable. I know just a bit of Spanish and automatically knew what “perro” is…. a dog! “The Perro Social Club” is a cute song about all the dogs who go to play at the beach every day – we even learn all their names! 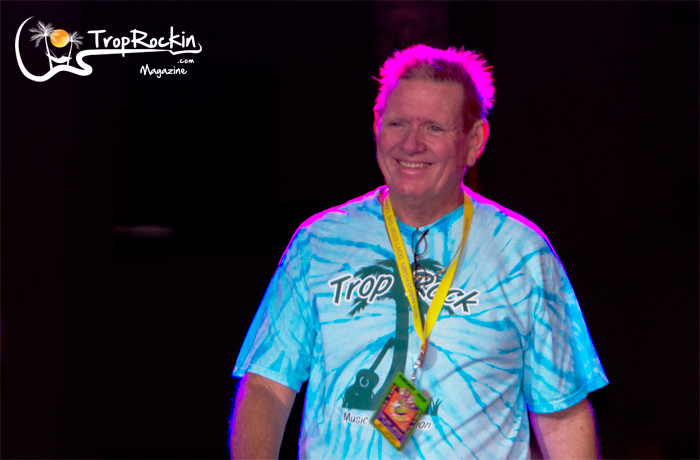 Most of the CD is tropical / Parrot Head-flavored. In fact, several songs have quite the Caribbean feel, starting with the title song. “Cheaper Than Ice” is based on a true story from the 90s on the island of Monserrat and has a great Calypso beat, in addition to catchy lyrics. Sam borrowed “By The Coconuts” from James “Sunny Jim” White and it’s another great use of fun percussion and brass. Pedal steel is used liberally throughout the recording and is heard prominently in the song “In the Islands.” This cut also provides a very nice saxophone solo.

What would a Trop Rock album be without references to alcohol and Key West, each in their own right? “Another First Night in Key West” is a fun one about what can happen to far too many of us there … “start drinking early and the night never ends.” Oops, I can relate! He recalls great times up the Keys in a song written by his friend Sam Masters in “Islamorada Motel.”

And this is the first time I’ve heard a polka tune in Trop Rock. Leave it to Sam Rainwater to be innovative! “Parrot Head Polka” is a fun tune that will make you want to dance. In fact, Wurstfest in New Braunfels, Texas awaits when we return from Meeting of the Minds…. think I could request this one? “40 Minutes til 5 O’Clock” has lots of percussion and focuses on making time to play and hints at alcohol (take a listen!)

“Asshole Jail” has a rollicking rock and roll, boogie beat with great brass and protests against the lack of courtesy. “Trop Rock Cliches” makes fun of the many, well, “not so original” terms and phrases used in many Trop Rock songs. But Sam keeps his fresh! And the CD ends with “Lucky Me,” which is an easy-tempo song and Sam tells how grateful he is that he’s had a super life.

A must-mention is that Sam donates 100% of his recording and house concert profits to charities. So far the amount donated is $160,000 – Wow! Sam will be around several places in Key West during MOTM – go listen for a while to his fun songs and ukulele. You won’t be disappointed!