Port Aransas, Texas is a small former fishing village situated on a Texas barrier island near Corpus Christi. The temporary population swells during the summer, but also at spring break and at another late spring weekend: Sandfest. This is one of the biggest sand sculpting contests in the United States and the three-day event draws an unbelievable 100,000 visitors every year. 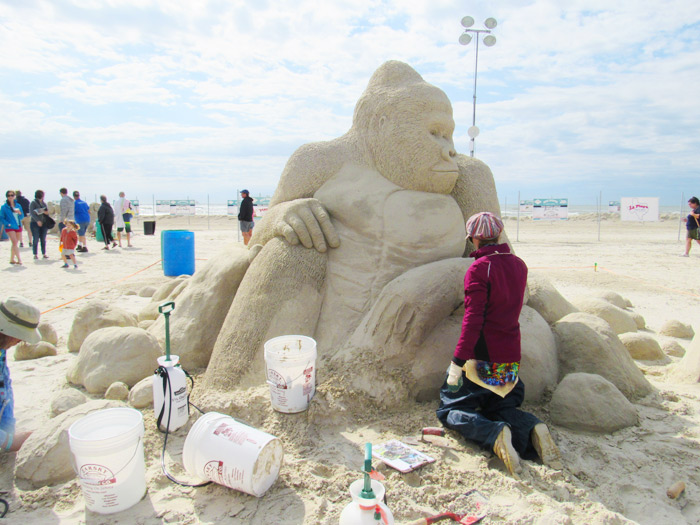 I attended the festival in late April and the weather was picture perfect. In finding out about the history of the event, I discovered that it’s not a terribly old contest. Starting in 1997, it has always been a fundraising weekend. Until a couple of years ago, the admission to the beach area was free. Today, ten dollars gives an attendee a wristband good for all three days. 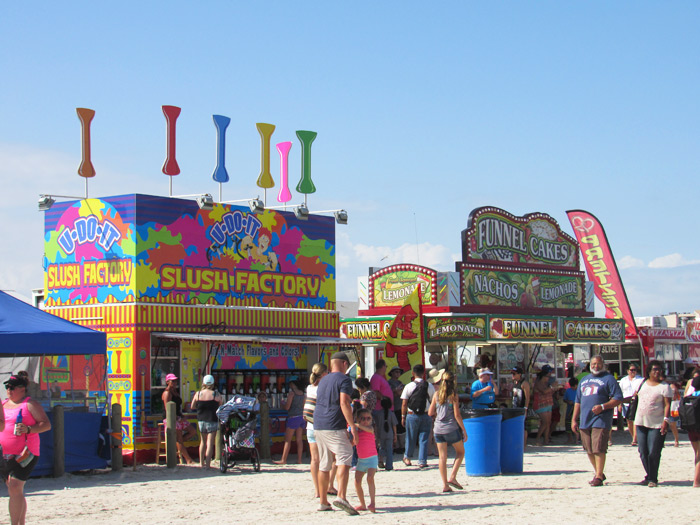 In addition to watching master sculptors work, there is also a contest for amateurs, rows of vendors selling all kinds of arts and crafts, plus plenty of opportunities to buy food and drink. 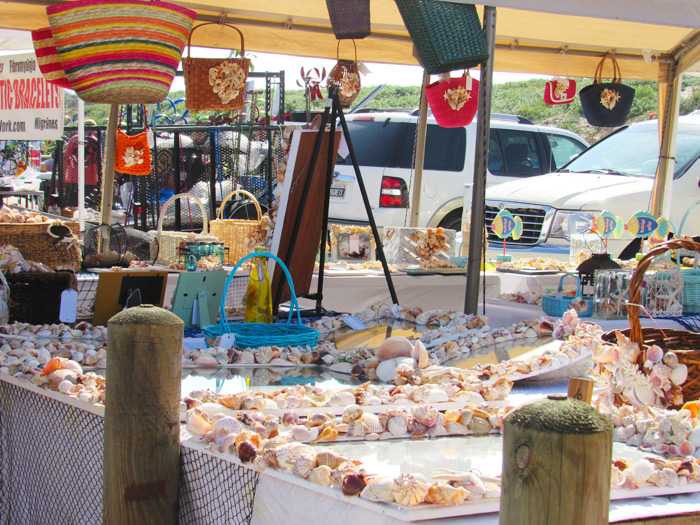 In front of each sculpture is a wooden voting box. Attendees are able to learn more about each sand artist and vote by contributing a monetary donation.

I was amazed at how far the professionals travel to participate in this event. Single artists and duo teams were represented from the U.S., Canada, Italy and the Netherlands. 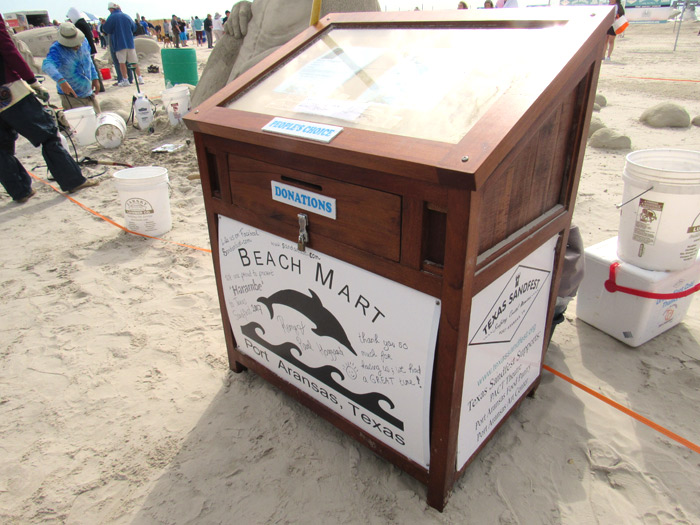 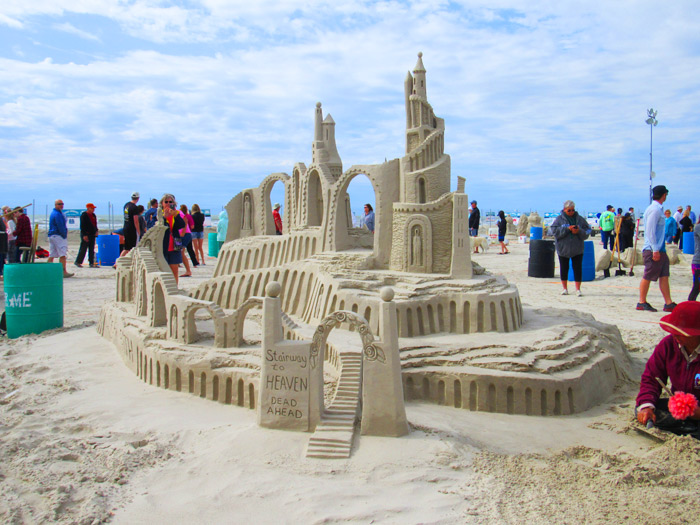 The winners collect nice monetary prizes, but most of the money goes to local Port Aransas charities, such as the Port Aransas Art Center, the Community Theater and the Food Pantry. High school scholarships are also funded by the money raised. I’ve heard the rumor that Jimmy Buffett has even visited, incognito of course.

It’s not uncommon for the ever-present wind to damage a sand creation and the artists are very careful with their construction and finishing touches. Their creativity and artistry are truly amazing. Some sculptors lean toward the familiar and some toward fantasy, but all are wonders of sand construction. Occasionally, there is even a traditional sand castle, although the results are magnificent. 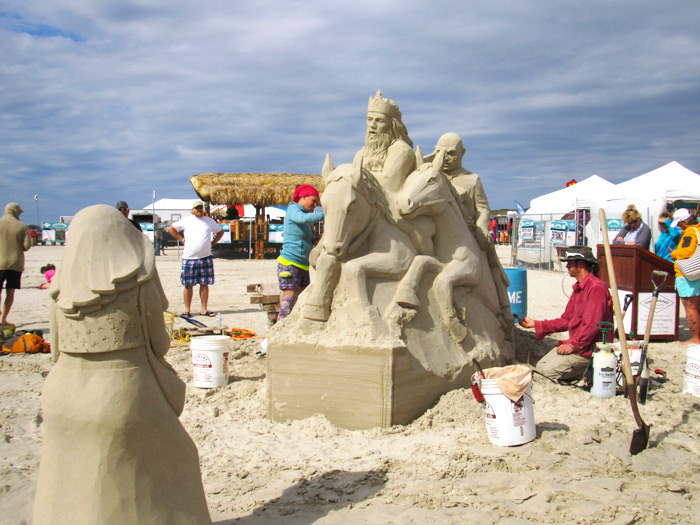 Sandfest is always toward the end of April, although dates vary. If you plan on attending, plan early – the hotel rooms, condos and rental homes in Port Aransas book up quickly. It’s a special weekend to experience if you fancy sand castles and a weekend of fun, no matter what!