Sheree Cade is fairly new to the Trop Rock music scene, releasing her first Trop Rock album in 2014 titled Kiss My A1A. One of a small group of females in the genre, Sheree is making her mark in the southwest Florida area. Her songs are now playing on most Trop Rock internet radio stations and if you’ll be in Key West during Meeting of the Minds, make sure you seek out one of her performances. Here Sheree Cade tells us the story behind her song “This is Gonna Hurt Her:” 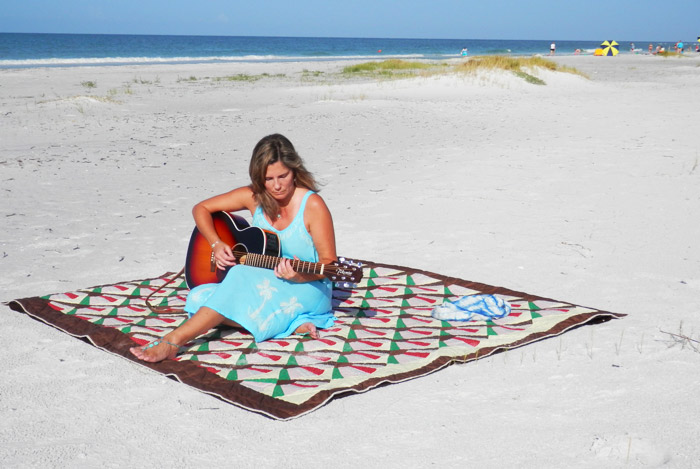 This a true story about the first time my husband and I went to Key West in 2003! It was my first visit to Key West and this song is an exact telling of what happened.

I’ve learned to pace myself while in Key West since then!

What the song does not tell however is that the next morning after that wild Saturday night, I managed to get up very early Sunday morning and Jerry and I spent 12 hours in the water helping take care of some pilot whales that had beached themselves. We helped hold a baby pilot whale in the water, periodically assisting the Vet in administering food and antibiotics via a feeding tube.

So you might say we partied before the purpose! That was something we’ll never forget, and we will also never forget what that bartender said to Jerry as she handed me that first pretty drink “I’ve got a warning for you, this is gonna hurt her!”

Listen to a snipped of the second verse of Sheree Cade’s song “This is Gonna Hurt Her” about her first trip in Key West….  many of us can relate!