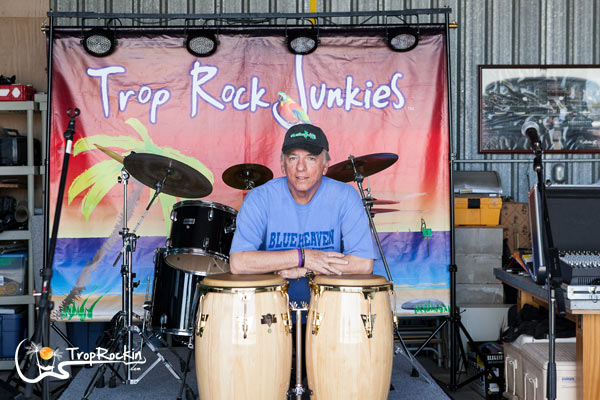 I was enjoying one of Steve’s solo shows at Hog’s Breath, hanging out with other artists, when I heard someone say ”Yeah and he practices in a hangar.”  Well that got my attention so I had to ask Steve if this was so. Yes its true, our only Trop Rock artist with an airplane hangar setup for his band to practice in.  He simply rolls out the plane to make room for the band. Well I received my invite to go hang at the hangar and quiz Steve about this hidden, similar Jimmy Buffett side of him.

This month, March 2014, marks Steve Tolliver’s 20 years of having his pilots license. How did he get into flying?  Steve was a passenger on a small 9-10 person plane for a business trip, sitting behind the pilot he was looking around and thinking “I can do this.”  Thinking it would work well for his job, he got that pilot license and a plane. Unfortunately, not so much, but it did get him around to a lot of islands like Grand Cayman, Grand Bahamas and to Key West for several trips to play solo gigs. 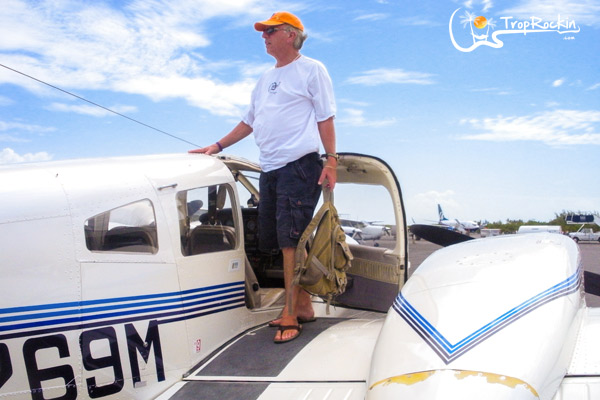 Steve exiting “Caribbean One” on the tarmac in Key West

Steve told me “work flights” were hard to plan too far in advance due to unknown weather conditions, but he has flown to New Orleans, Memphis, Chattanooga, Atlanta, and his home town of Muncie, Indiana.  Steve could go on about where he has flown, but what interested me again was that he loves to fly at night. “That is why I moved up from a single engine to a twin engine.  Its not so easy to tell at night if there’s a good emergency landing spot.  With a second engine, I shouldn’t need an emergency landing.”  Steve enjoys the stars and city lights at night “it is really something else up there.”

Last December he sold “Caribbean One”, a turbocharged, twin engine Piper Seminole.  Even with out a plane, the St. Petersburg, Florida hanger is well used for regular Monday evening band practice.  And he’s not giving up flying.  For now, he plans to rent a plane for any upcoming adventures. 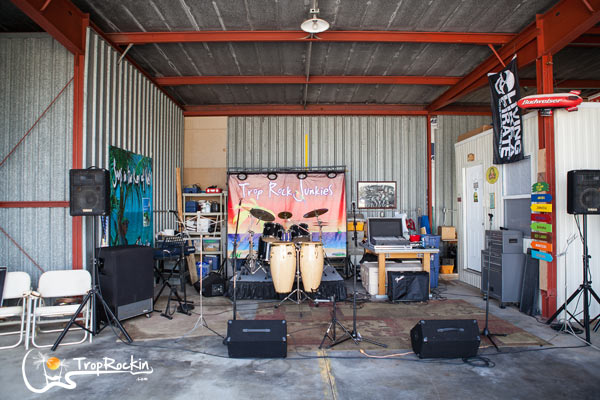 I am pretty sure if you listen to Steve Tolliver and The Trop Rock Junkies you will hear a touch of this part of Steve’s life written throughout the CDs.  His flying adventures to the islands have made for good inspirations.  I have been a fan for a while and enjoy the history of events in his songs.  Since he’s sold the plane, now I have another adventure with Steve to try out and that would be “Top Down (Key West) Kinda Day.”  Hey Steve I will be waiting for that “Down at the End of US1” convertible drive.  And I don’t mean in your golf cart.

Be sure to check out Steve Tolliver and the Trop Rock Junkies for island inspired Trop Rock music.

If you enjoyed our article, please share it with your friends!