Trop Rock singer/songwriter and band leader Mike Miller is keeping his spirits high and his hopes abound to keep performing for fans. A few months ago, Mike learned he needed a bone marrow transplant, the only solution to his medical condition. Undeterred by this recent health crisis, Mike is busy performing, writing and recording a new CD.

In the winter of 2001, Mike Miller co-founded what is now one of the most sought after Trop Rock bands, The Boat Drunks. Their name originates from a play off Jimmy Buffett’s song “Boat Drinks” and their most avid followers come from the Parrot Head community. Performing at Trop Rock festivals, Community festivals and Parrot Head events, The Boat Drunks have a busy schedule for the remainder of 2017 including multiple performances during the annual Parrot Head convention in Key West.

And Mike is looking forward to performing at all these upcoming gigs. He explains “As long as I am able, I’m going to be out there playing with the guys. I’d rather be doing that than anything else.”

When Mike let his friends and fans know more about his condition, fundraisers were quickly organized all across the country. Mike has been apart of the Parrot Head world for 17 years and says “nothing they do surprises me when it comes to their generosity and willingness to help people.” Mike himself has been involved in raising funds for other musicians and Parrot Heads over the years. “I’ve just never been on the receiving end of it. Although it doesn’t surprise me, their generosity is overwhelming.” 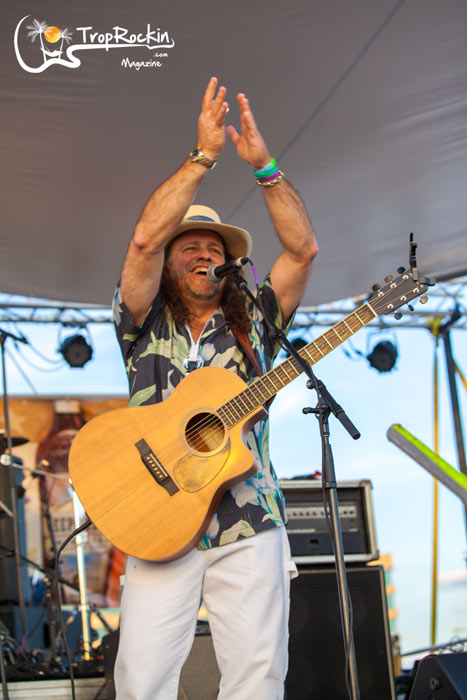 In 2009, Mike was diagnosed with a rare blood disorder. He received low-dose chemo therapy to keep this health issue under control. In April this year, he learned his condition had become much more complicated and was diagnosed with MDS, a disease where bone marrow doesn’t create enough healthy blood cells.

Mike shared with me his current prognosis “According to both of my doctors, a bone marrow transplant is the only opportunity for long-term survival. It’s a pretty serious situation.”

Thus far, Mike has been turned away from any possibility of a bone marrow transplant due to a lack of health insurance. After he retired from the police force, he was turned down for individual health insurance policies because of pre-existing conditions. Subsequently, hospital stays and costly treatments have caused him to incur hefty medical debts. When he looked into a policy from the AffordableCare Act (ObamaCare), adding a $750 a month medical insurance premium plus a $9,000 deductible wasn’t feasible for his personal finances.

Mike’s doctors are exploring every possible avenue to receive the much needed bone marrow transplant. His hematologist submitted Mike’s medical case to two clinical trials at the National Institute of Health in Bethesda, MD in hopes of a medical study providing the transplant. He has not yet heard back from either one.

Another opportunity is coming up soon. Mike has a pre-paid medical evaluation at the Mayo Clinic where they will render their determination on his condition and (hopefully) look into possible financial assistance or payment plan options for treatment.

Right now, these are the only options on the table, but Mike declares “If there’s any opportunity out there, I will pursue it.”

In a little bit of reflection, Mike expressed that he’s had a good life. He’s cherished watching his daughter grow up and start a family of her own and he’s so very grateful to be doing what he loves – playing music. And he hopes he gets to do it for quite awhile longer but adds “No matter how it works out, it’s been a really good run.” 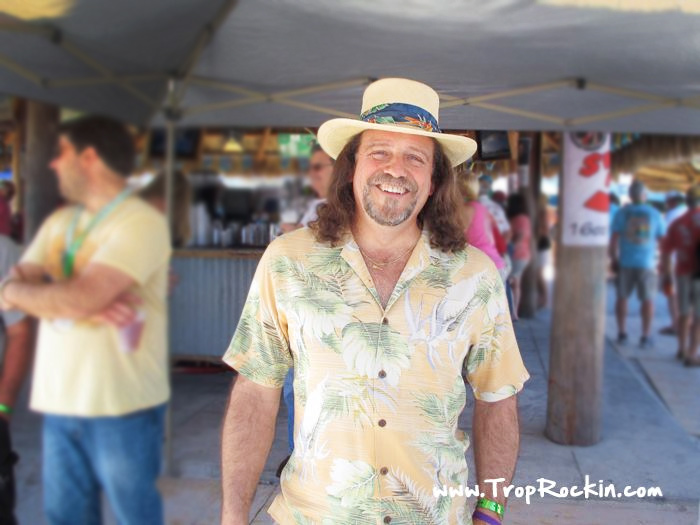 How You Can Help

For all of us who love Mike Miller’s music and his wonderfully infections smile, there are many ways to chip in and help him fight this battle.

One of the questions Mike receives is about bone marrow donor matching. At this time, Mike has not been tested to determine the exact type of bone marrow donor he would need (this is a costly procedure that won’t be done until he is approved for a transplant). According to DKMS, only 30% of patients are a bone marrow match to someone in their own family. So, Mike encourages anyone who would like to help, sign up on the international bone marrow donor list at DKMS.org. Mike points out that you may not be a match for him, but you could be saving someone’s life and that’s worth it.

Plus, there are numerous fundraisers and look for plenty more to occur in late October and early November before and during the annual Parrot Head Convention.

Here’s how you can help Mike Miller TODAY:

Praying for a miracle. Momma DJ