Thom Shepherd is one of the most prolific “commercial” songwriters I know. He’s had so many other musicians record his songs, but my favorite version of all of his songs stems from hearing Thom deliver the melody and lyrics. Here he tells us about two of his best-known songs that were originally (and successfully) recorded by other artists. We all love “Redneck Yacht Club” and the poignant “Riding with Private Malone.” 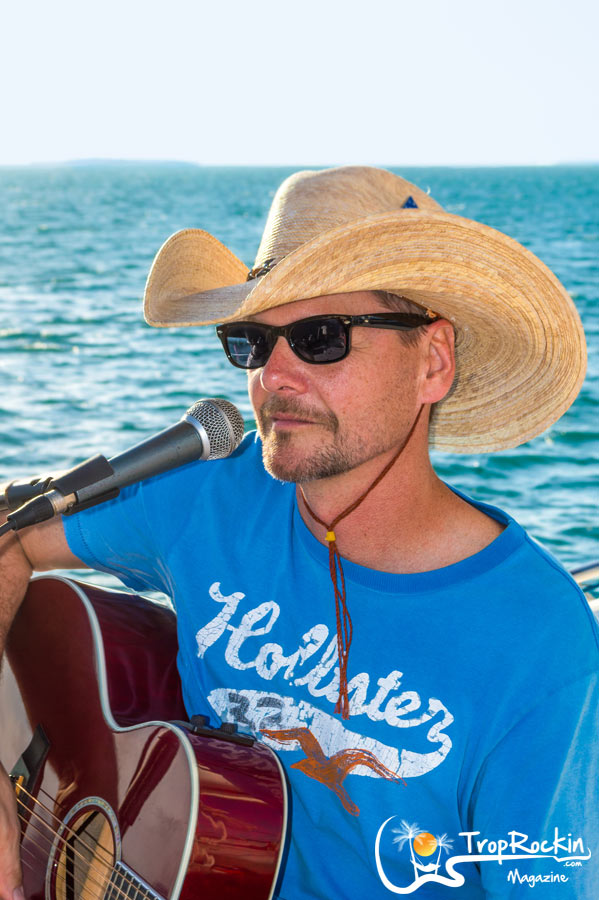 I have been lucky enough to write two national #1 country hits – “Riding with Private Malone” and “Redneck Yacht Club.”

The great thing about these songs is that they serve such different purposes. Yacht Club is a fun party song and Private Malone is a deep story song that has touched so many people in the military and their families. It is great to have both songs in the set to balance each other out, along with all the other songs I’ve written that should have or will someday be future number ones. In total I have had over 100 songs recorded by other artists.

So, “Riding with Private Malone”: I always wanted to write a car song, and one day I was thinking about multiple stories I’d heard about people finding amazing classic cars for sale in someone’s barn and getting a heck of a deal. Then I remembered a story I’d heard about a guy who bought a used car and thought it was haunted. I thought, guy buys used awesome classic car found in a barn and turns out it’s haunted. But then I didn’t know where to go with the story.

Many months later, I went back to Virginia and visited the final resting place of my first car, a 1964 Chevrolet Biscayne station wagon. The guy I sold it to still had it but it was down behind his barn, abandoned and sinking into the ground. I thought “I wonder if I left anything in the glove box?” It was my dad’s car first, and he had left in it two little notebooks where he kept track of his maintenance and mileage. They were still in the glove box.

I thought, what if this was a diary from the guy who owned this car in ’64? And what if it wasn’t a dorky station wagon, but a cool car like a Corvette? What if the guy left a note in the car, because he had a feeling he might not make it back home from the war? The wheels started turning and when I ran the idea by Wood Newton, we were off and running. It was my first number one hit.

For “Redneck Yacht Club,” my co-writer Steve Williams told me how he had taken his old pontoon boat out for a cruise one day and just after passing the no wake zone the thing died on him. He was stranded with no phone and no paddle or anything, just drifting. He said the sun was baking down into his brain and as he looked back at the marina he thought, “you know from out here, our marina looks pretty nice, like a Yacht Club or something.” But then he thought to himself, “yeah but if you take a closer look you’ll quickly see it’s more of a Redneck Yacht Club.”

He came over to my house one day and said “What do you think about a song called Redneck Yacht Club?” My first reaction was “Nah, we gotta write more of that pop sounding country if we want to keep our publishing deals.” But then I said “You know, you could say this, and say that” and the funny lines starting coming and we said, “Let’s just write this for ourselves and the crazy cast of characters down at Elm Hill Marina.”

I have found when I just write what I like, and don’t aim for any particular market, those are the ones that really take off. I have been so blessed to have recognizable hit songs. And I am continued to be blessed when I get to share those songs and the other aforementioned future and should-have-been hits.