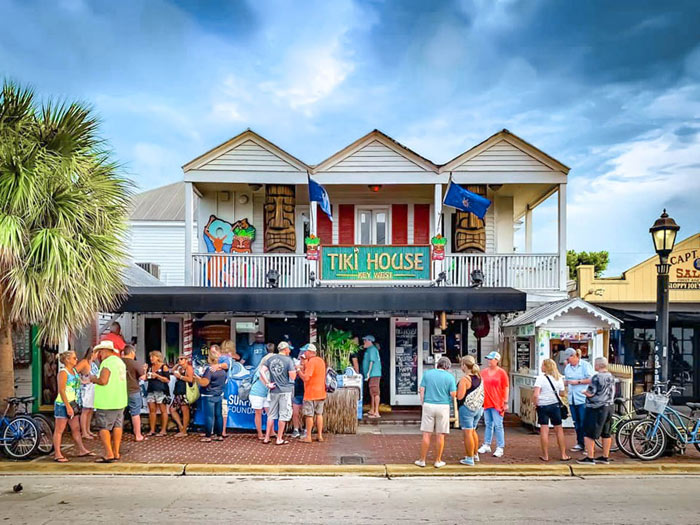 If you were in Key West for Meeting of the Minds recently, chances are you passed by The Tiki House Bar on Greene Street, almost next door to Captain Tony’s. Did you see the crowds milling around outside? Did you hear music coming from the dark, exotic interior and recognize a song or two?

It was the second annual “Tiki Man Radio Songwriters’ Showcase – Key West Bound” and it was pretty spectacular. 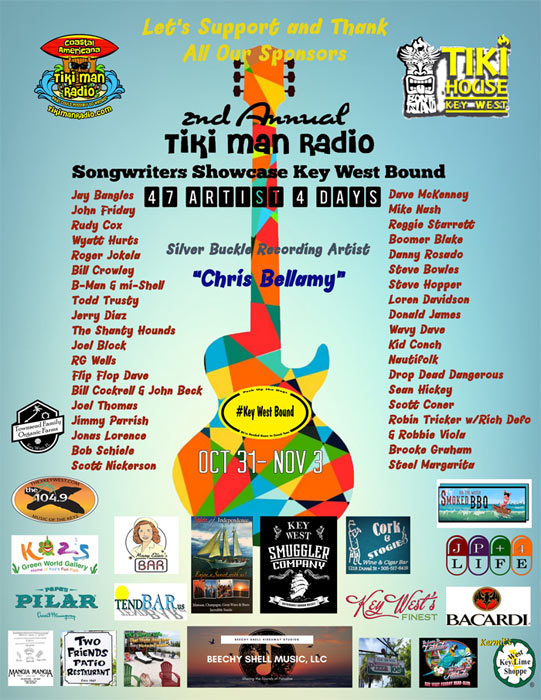 I spoke with Brian Fields, a local Trop Rock musician who performs with his wife, Michelle Tafoya (aka B-Man & mi-Shell), about what it took to organize four days of music that included 48 musical performances.

Planning for the event started as early as January. There was much to do: get sponsors, line up artists, set schedules and advertise. On top of this, Brian said many businesses have collapsed since last year’s Hurricane Irma and The Tiki House’s future looked a bit precarious at times through the year.

The planning takes a team and this was a great collaboration between Brian Fields in Key West and Danny Lynn of Tiki Man Radio. Brian did the local legwork and lined up artists while Danny provided radio advertising, in addition to suggesting various artists. They spoke on the telephone 2-3 times a week throughout the year, making sure all plans were coming along before the event happened in late October. 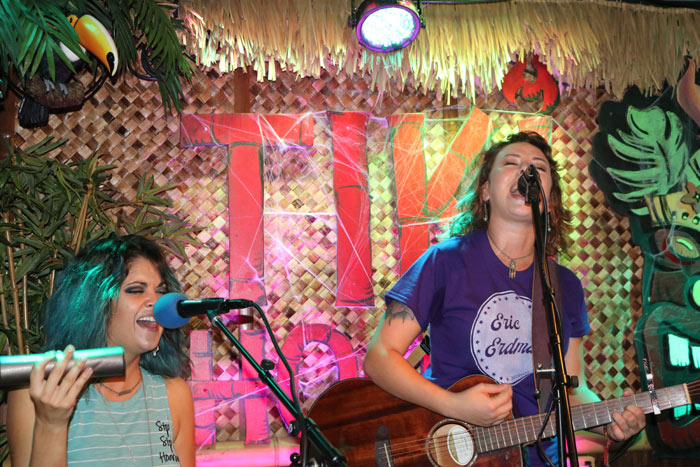 I enjoyed a few hours of this event on Saturday afternoon. Drop Dead Dangerous packed the Tiki House with everyone excited to watch this dynamic duo.

Next up was a talented local artist named Sean Hickey and then came Robin Tricker, Erica Sunshine Lee and Brooke Graham from Texas. Even the part-owner of the Tiki House, Jared, was an excellent sound person. 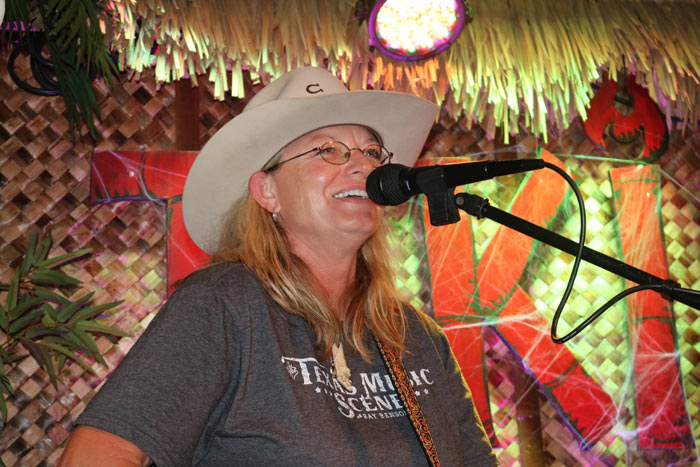 Raffles and free food were in abundance. Brian was very successful in getting local donations. Raffle tickets were $15 each and some fantastic prizes were won, such as a Sunset Sail for 2 on the Spirit of Independence boat, artwork, dinner certificates, Pilar rum and an all-inclusive fishing charter.

Regarding the fishing charter, the story behind it is a glimpse into the locals believing in their island motto “One Human Family.” The owner of Restless Native Charters was having lunch across the street from the Tiki House and said, “what we saw was fantastic and we wanted to be a part of it.” He donated four more charters for next year’s event!

The money raised went to a different charity every day. Five hundred dollars was donated to the Panama City Parrot Head Club to help victims of Hurricane Michael. Other groups receiving funds were KeysStrong, Reef Relief and SurfRiders. The total raised for charity was close to $1,600, an impressive amount for an event that is primarily a musicians’ showcase. 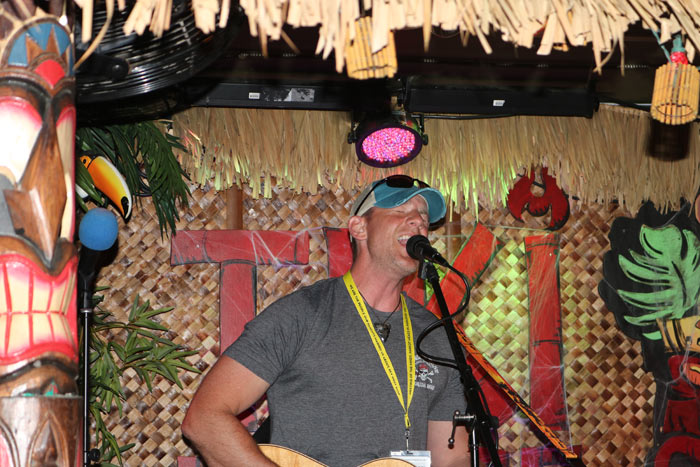 Donations of food from local restaurants fed the crowd with barbecue pork, pizza and Kermit’s cookies were in abundance, all for free. The “Conchfish Nation,” a group of local fans, provided invaluable help with food pickup and delivery, supplying paper goods, and helping in any way needed.

Musicians were treated like stars as they were invited for live radio interviews on Tiki Man Radio after their performances. Plus each were given goodie bags filled with hats, stickers, koozies, food and drink vouchers and a handmade commemorative bracelet created by Michelle. 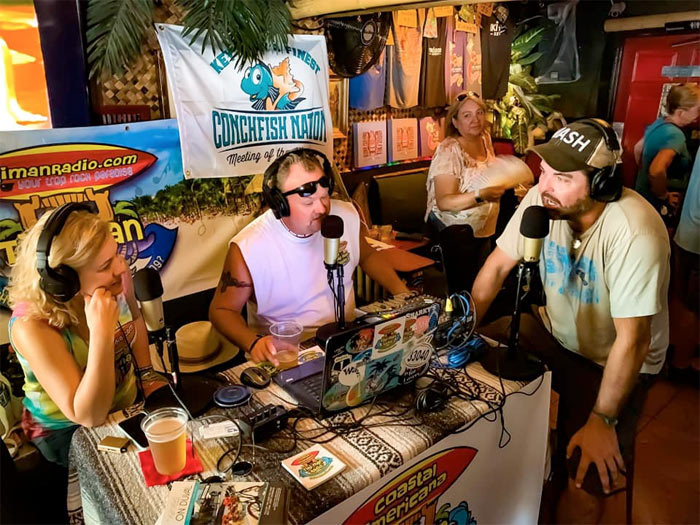 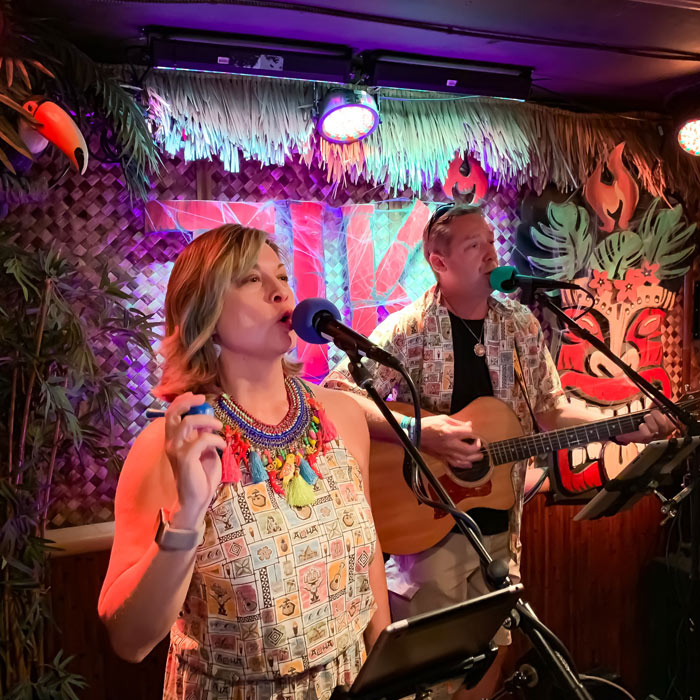 Danny Lynn felt the 2018 showcase really shined the spotlight on the music. He said “One of the best compliments I received this year was from someone who was sitting in The Tiki House one particular morning. ‘Remember when we used to invite people over to our house and listen to good music? That is what you guys are doing here.’ I thought that was a fantastic description of the week.”

Bringing artists, live radio coverage and all the perks that went into the event made it a successful endeavor, thanks to the hard work and collaboration of Brian, Michelle, Danny Lynn, and Heather O’Shields of Tiki Man Radio. 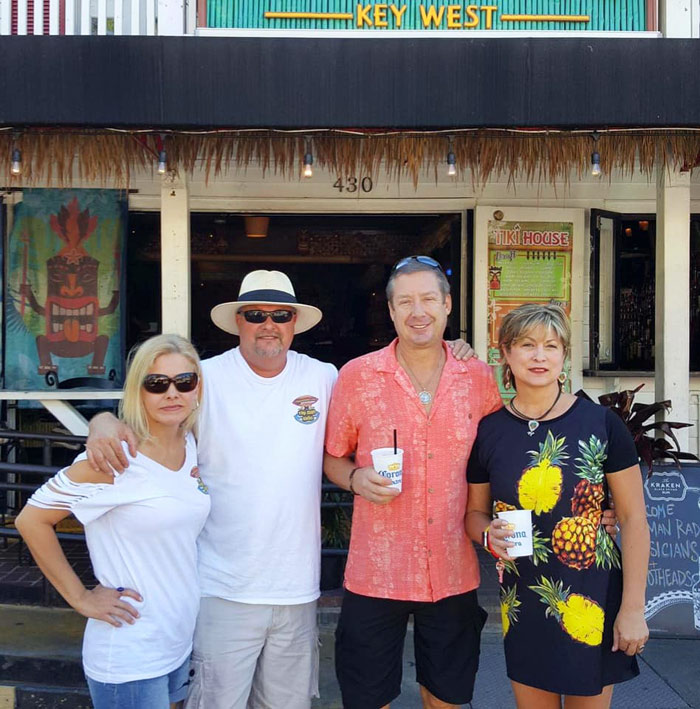 Brian reiterated, “This was and is a team effort. There is no “I” in team.” Danny chimed in, “the Tiki Man Radio Songwriters Showcase is one of the most fun events I’ve ever been involved with in radio and I can’t wait for 2019.”

There are already almost 30 musicians signed up for next year, so put it on your Key West schedule for 2019!