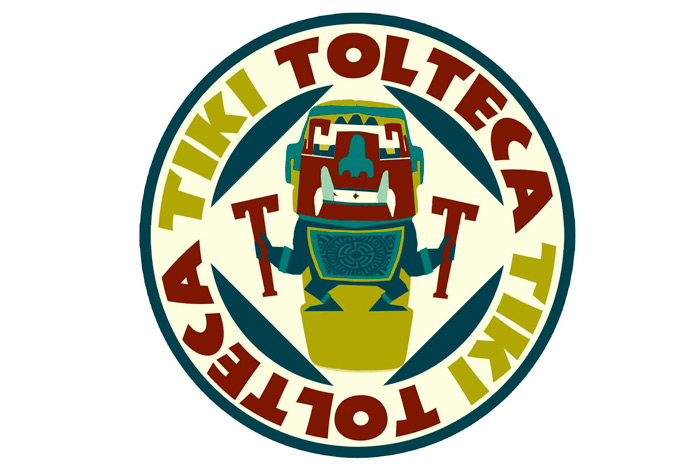 When we’re in New Orleans, it just seems right to indulge in a Hurricane or a Hand Grenade while strolling down Bourbon Street. But are you in the mood for something a bit more exotic and off the beaten path? Tiki Tolteca is a find you need to experience. 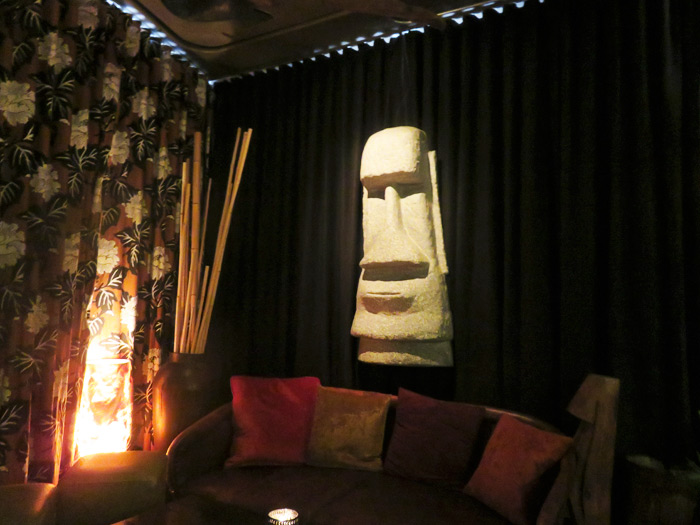 This tiki bar, which began operation in 2013, is a hidden gem and I mean it can be a challenge to find. The address reads 301 N. Peters, but I entered off Bienville Street through a bright red door.

Making my way up a metal staircase, I soon entered a world of exotic drinks and decor. Tiki Tolteca is located upstairs from sister establishment Felipe’s Taqueria and the blend of Polynesian and Latin abounds in the libations and the atmosphere. 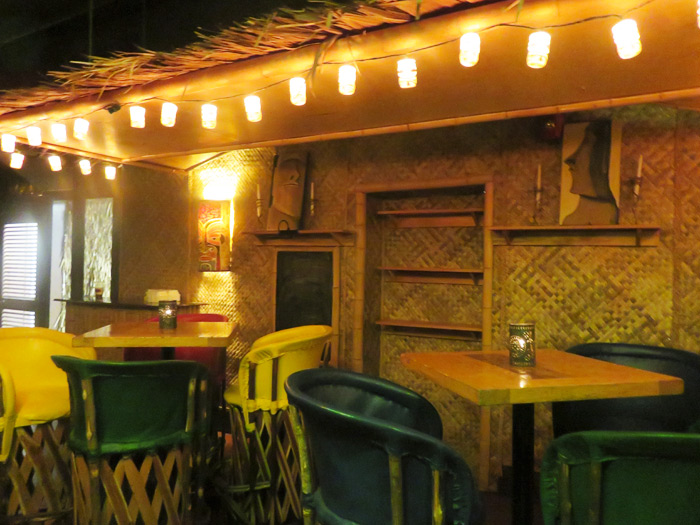 At the time Tiki Tolteca was born, there were no other tiki bars in New Orleans and early origins came from a tiki tasting menu at Felipe’s.

The bartenders were asked to come up with original drinks and the tasting event sold out immediately. The owners blended the myths of the Polynesian islands with Peruvian influence and Tiki Tolteca was created. 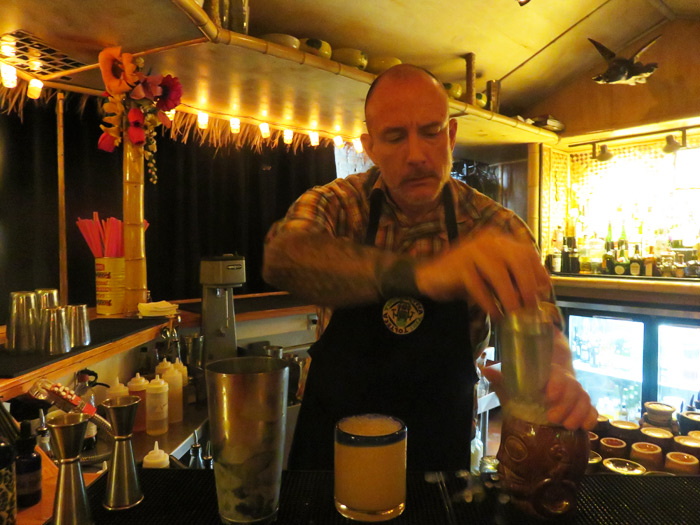 Many of their drinks have a Latin influence, but some of their standards include decades old recipes. Their Hurricane is their own creation, but based heavily on the original 1942 Pat O’Brien’s recipe. Their Mai Tai is a solid standard, but they also make a mean Painkiller, based on the original Pusser’s Rum formula.

Many of the drinks are served in vintage tiki barware and the low lights and fun music blend to make one think he or she was in the islands, instead of the French Quarter. 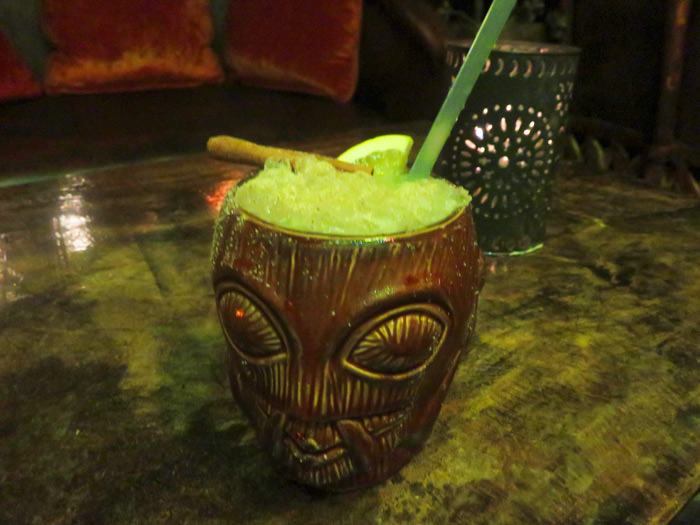 When I visited, they were in the early staged of bringing in a tiki food menu. I also watched the bartender prepare 30-40 servings of Mai Tais, in preparation for a cocktail tour to begin at Tiki Tolteca.

Happy hour is from 3-7, Monday through Friday, so head on over if you crave a little off the Bourbon-path adventure!