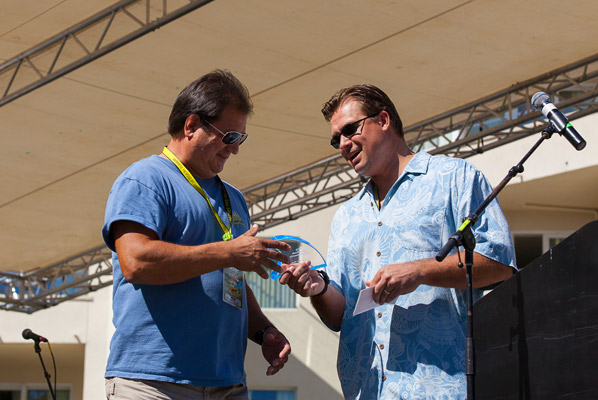 The 2012 Trop Music Awards show at Meeting of the Minds celebrated the artists and their music who keep defining the Trop Rock genre.  Two fantastic hours filled with incredible music, a few tear jerking stories and funny quips kept the show entertaining.

Congrats to the Trop Rock Music Association for once again putting together an outstanding awards show. 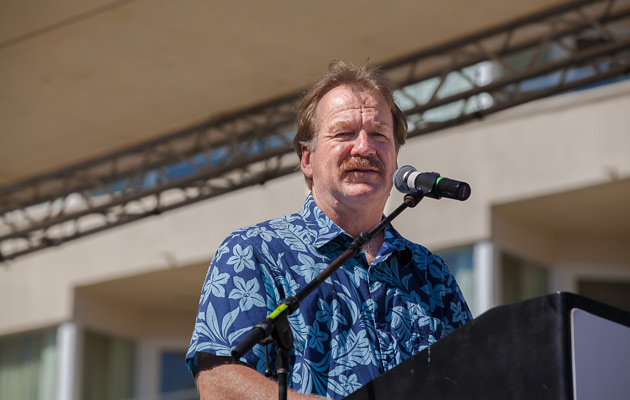 Other presenters included Doyle Grisham, Mark Mulligan, Bob Karwin, Howard Livingston, Jerry Diaz, Paul Roush and the list goes on!  All presenters were assisted by the the lovely Lisa Herman. 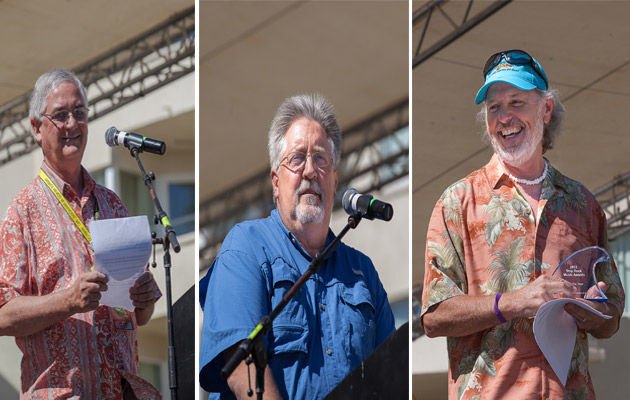 James (Sunny Jim) White brought home the Male Vocalist and the Musician of the Year awards.  James wasn’t able to attend the awards show, but Shady Floyd stepped in to accept the awards for his son.  The behind the scenes announcer (Tom Becker) was having fun with Shady by announcing how many awards Shady had won.  Just looking at Shady, you could see how very proud he was of his son. 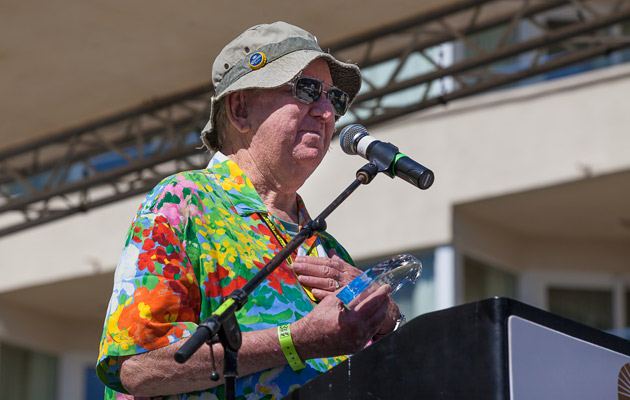 Jerry Diaz was also recognized with two awards this year!

It was an eventful MOTM for Jerry’s band Hanna’s Reef! They debuted their latest CD – On a Beach in Mexico  – and they were awarded Band of the Year!

Pardi Gras won Event of the Year for the 3rd time.  It’s a must attend event!  Pardi Gras is the event that Jerry, Mary & Danielle Diaz throw each year in New Orleans.  Over 20 Trop Rock artists descend on Duval Street and provide entertainment over four crazy days including a street fest and a night parade where crowds flock out of the bars to catch beads thrown by Pardi Gras attendees. 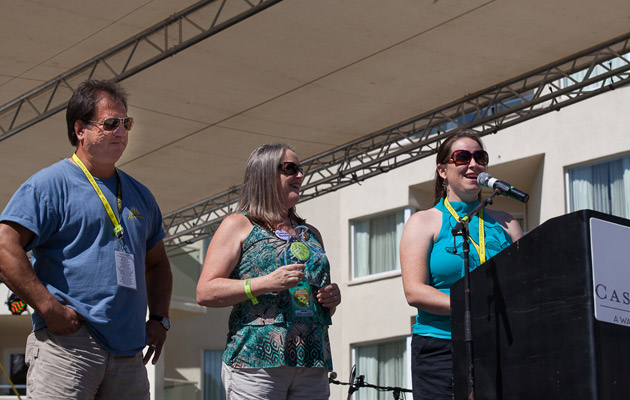 Jerry, Mary and Danielle Diaz Accepting Event of the Year for Pardi Gras

Latitude (Michelle Becker and Tom Becker) won the Best Duo / Trio award and Michelle Becker won the Best Female Vocalist.  Michelle’s acceptance speech was touching as she teared up thanking everyone for remembering her and Tom even though they had not been able to perform as often in the last year due to taking time off for recovery from surgery.  She was also excited to see new female Trop Rock artists coming on to the scene and hoped to see more female singer / songwriters in the Trop Rock movement.

Brent Burns won Album of the Year and Song of the Year with Don’t Come Knockin’ if the Tiki Hut’s Rockin’ (album and song).  Brent was unable to attend the award show and for a very good reason.  Brent was celebrating another big win in California where his horse, Groupie Doll,  won the Filly & Mare Breeders Cup race.  What an incredible day for Brent!  Winning on the East and West coasts!  Mark Mulligan presented and accepted both awards for Brent, joking that he was really enjoying being Brent for the day! 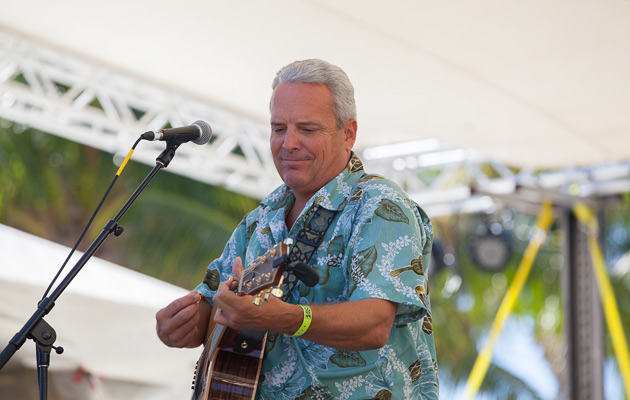 Speaking of Mark Mulligan, not only did he present and entertain, he was awarded the “I Can” award for his generous donations of time and money to his founding charity Castaway Kids.

Susan Schauf, a Castaway Kids volunteer and Parrot Head, told one of many stories about Mark’s efforts in Mexico to help children receive the housing and education they deserved.  The story was heartbreaking in hearing of the desperate needs of the children and at the same time we all had tears in our eyes and chills to learn of all that Mark and the volunteers have done to help so many families.  Please check out the Castaway Kids website at www.castawaykidsmx.org to learn more about their efforts. 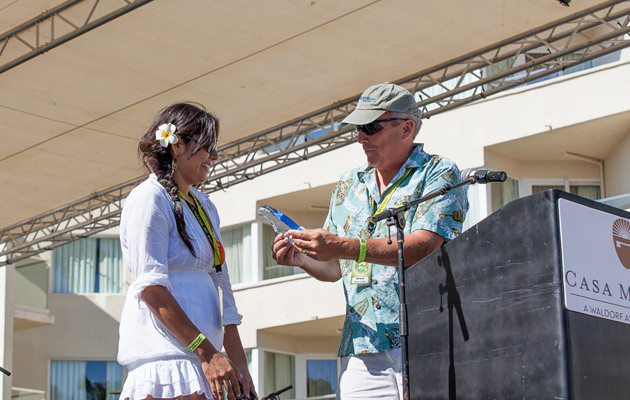 Mark Shares the “I Can” Award with his Wife, Elsa

Recognizing Trop Rock venues, Smokin’ Tuna Saloon won the Trop Rock Live Music Venue of the Year.  All week during MOTM this was the happening spot!

Fred & Sara Guerrero were honored with the House Concert Venue of the Year!  Fred and Sara didn’t think they would win against all the great house concert venues and were a little stunned when the award was announced.  After a few seconds, Sara finally exclaimed to Fred “Oh, that’s us!”.  Read about Fred & Sara’s house concert in our story Isla Bella, A Musical Oasis. 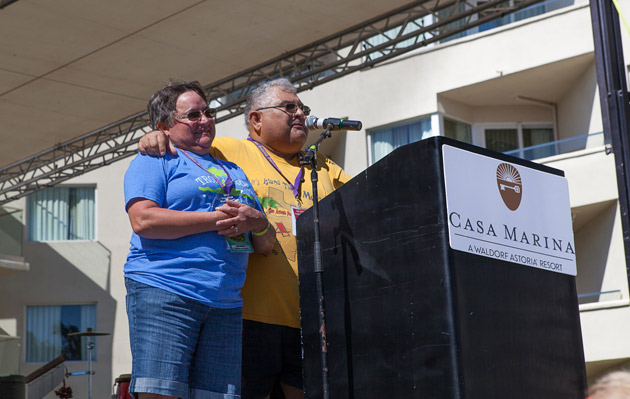 Songwriter of the Year went to the well deserving Kelly McGuire.  Kelly was unable to attend the awards because he was hosting his annual Singer / Songwriter show at the Lighthouse Court.  One of the most intimate venues at MOTM.

Jimi Pappas won the Horizon award, recognizing him as a rising star in the Trop Rock genre. 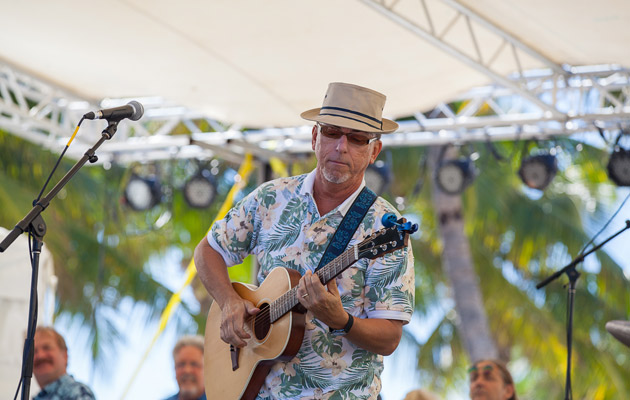 Jimmy & The Parrots won the Entertainer of the Year award.  If you’ve ever seen a show by them, you know why!  High energy and fun describe them perfectly. 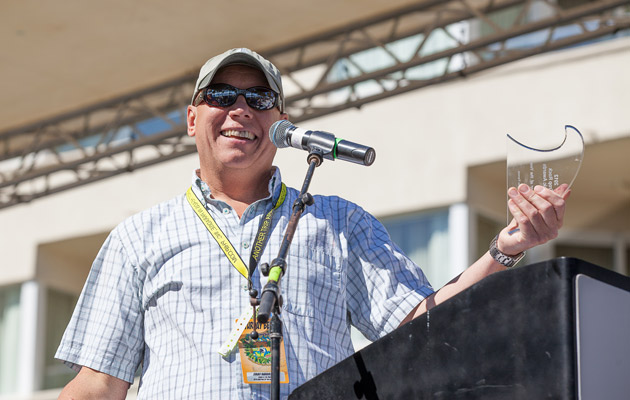 Congrats to all the winners and nominees!

What a privilege to be included in the event. Nice story ,nice photos Tammy. Very cool.

Congratulations to James (Sunny Jim) White and Jimmy & The Parrots won the Entertainer of the Year award!! Also to all the other winners that I hope to hear and meet in person, someday in my travels.