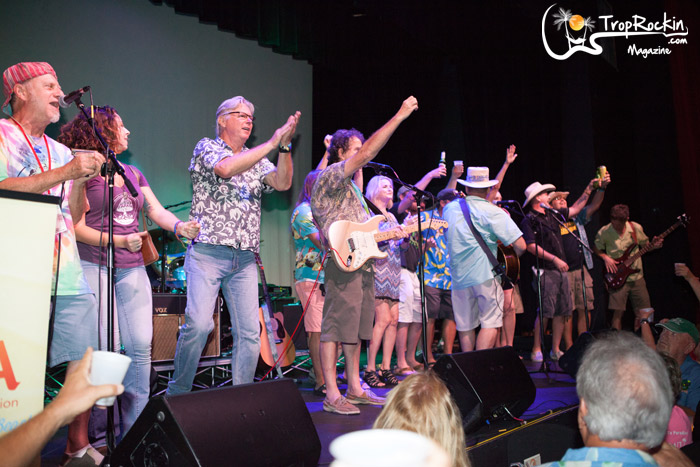 This acclaimed event has been held at the Key West Margaritaville and for the most part, at the Casa Marina Hotel. This year, however, the show debuted at the intimate Key West Theater. 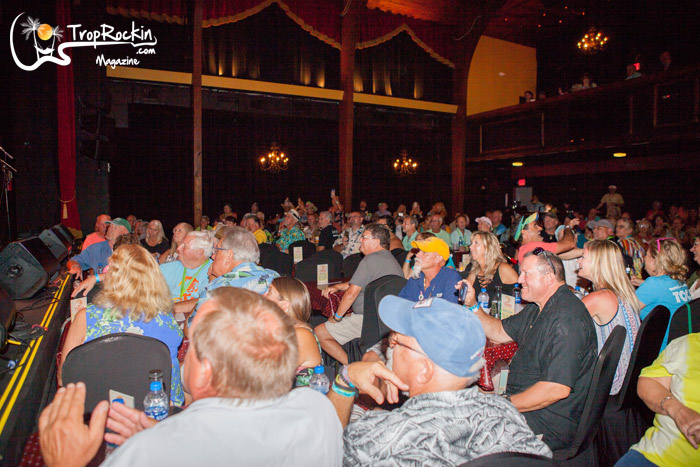 The Twelfth Annual awards were altered slightly this year, to promote new areas of Trop Rock, and the show was a sell-out. Yes, this was the first year that an admission charge (for general seating and VIP tables) occurred, but there was no complaining. The theater itself is a retro gem and the cocktail service tableside was a treat for all.

What about the show itself? Surely all those in attendance would agree that it was a cavalcade of the best in Trop Rock musical talent. TRMA president, Mark Friedman masterminded the event and Donny Brewer, Rob Hill, Eric Babin, Jon Burns and Tom Becker worked hard to produce a great script, hugely entertaining musical numbers and a smooth technical show. A truly all-star band backed up almost every song played, and the musical gamut stretched across age generations and seasoned TRMA musicians to newbies. 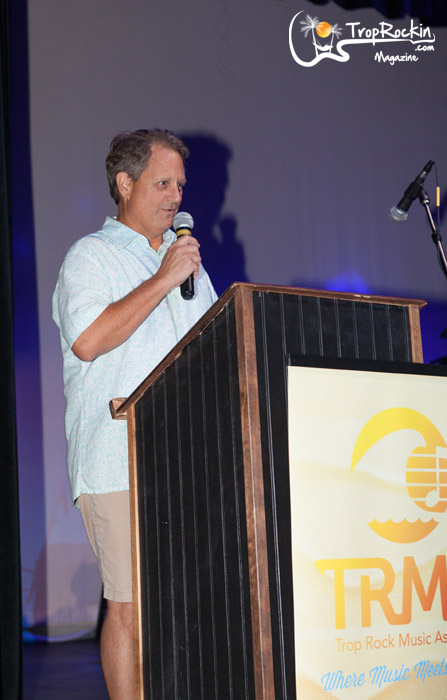 Here is a list of the categories and winners, in case you missed out on the news from the musicians themselves. Congratulations to all the winners and the nominees! 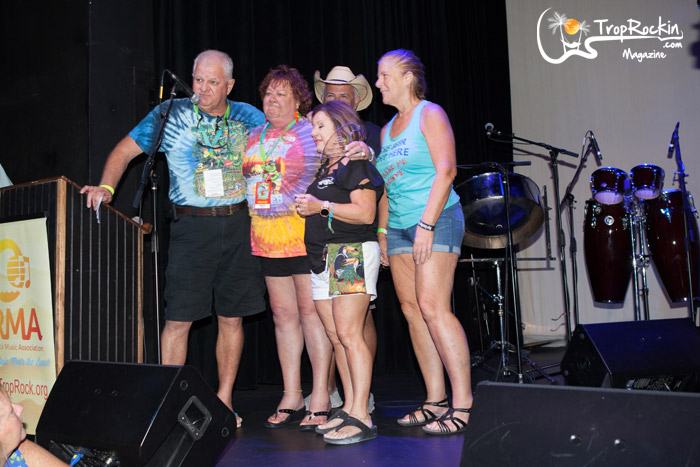 As you peruse the list, you’ll notice some new additions to the awards list. As the Trop Rock genre changes and expands, the need for more recognition arises and the new awards were very well received. TRMA is anything but a stagnant organization and careful thought and planning was put into all of these wonderful awards.

As someone who was backstage during the entire Awards show, I can testify that these awards are not taken lightly by the musicians. I saw more than one instance of tears of joy and gratitude from the winners. There seemed to be a pervasive theme among many of the musicians this year that the Trop Rock genre has possibly turned a corner in a very positive direction. The music is always improving, the production is better, and the sense of “family” continues to be significant. 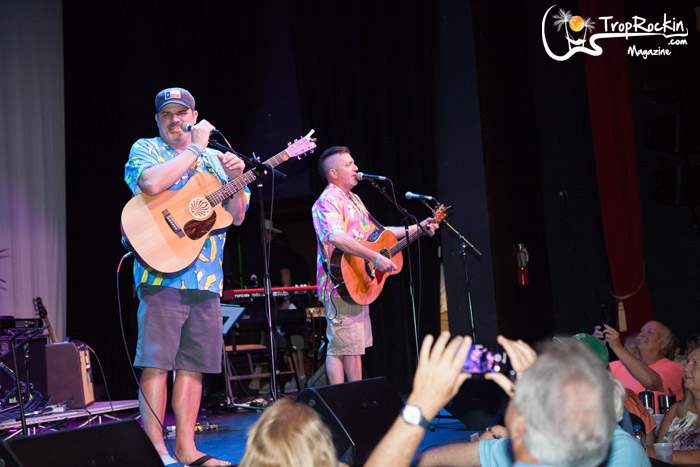 The Awards show was up against some stiff entertainment competition at the Casa Marina Hotel, but TRMA Awards Show attendees were able to see the true heart of the music genre that night. And that is priceless.

Mike, your post very soon after the Trop Rock week made me realize that something really significant hD happened in the world of Trop Rock. Thank you for your insightful input & I saw & heard your support backstage at the Awards. It’s so exciting that this fabulous genre is gaining major momentum!!!!

That wasn’t crying, I had a feather in my eye! Lol Beautifully written account of an even more beautiful night! I actually got to sit with friends and watch the whole show this year..it was superb! What a pleasure to have seen the growth in Trop Rock in my 8 years here...I’m reminded of a song: There’s something happening here, what it is aint exactly clear.