Six awards. Count them:  Male Vocalist, Entertainer, Songwriter, Album, Song of the Year (with Reggie Starrett) and the I Can award.

Donny graciously accepted his first award trying hard to hold back his emotions while thanking his family, friends and fans. If you’ve ever seen Donny perform, you know he inevitably sends out his love to his wife, Michelle, whom he adamantly credits for his success. Everyone in the audience knew exactly what to say when Donny repeated his now famous tag line about Michelle: “Without whom I would be…” and the crowd yelled back “nekkid in a gutter!” By the way, you can buy the bumper sticker next time you see Donny perform. 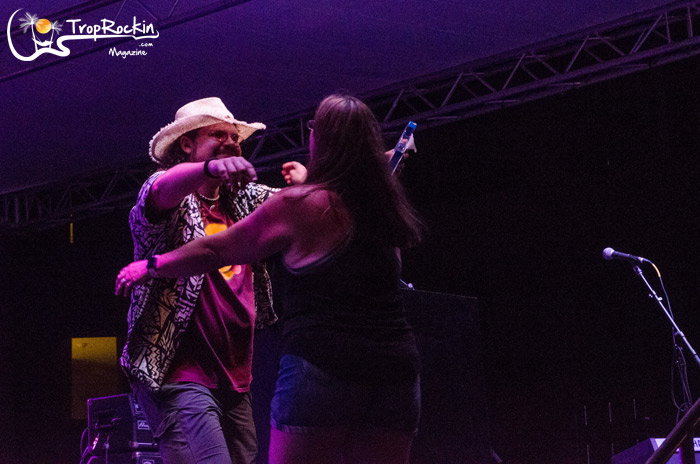 When Donny won Male Vocalist, he treated us to an a capella “thank you” lyrical moment. Another, he simply said “thank you” and retreated quickly from stage as if he felt a little embarrassed to be at the podium most of the night. About midway through the awards, presenters started slipping in a few jokes and having fun with the obvious Donny Brewer award sweep. 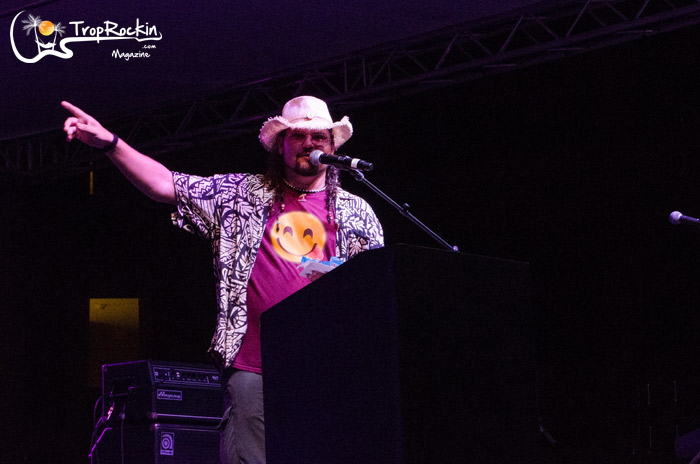 Donny shares the Song of the Year award with co-writer and singer/songwriter Reggie Starrett. Luckily, they were also slated to perform the winning song “Rum and Somethin'” and the crowd loved it. 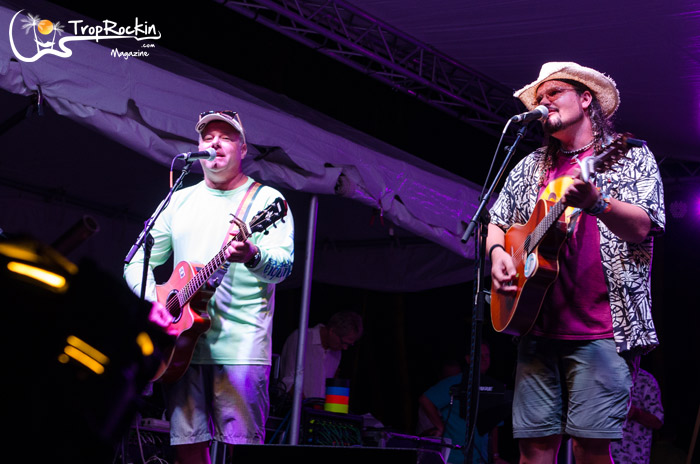 Donny Brewer records, writes songs, collaborates with artists and tours year round. He’s unrelenting in his musical pursuits and at the same time the most generous to others. Six awards is probably a record and it couldn’t happen to a better musician, singer, songwriter and person.

Eric and Gina sold their home, bought an RV and have been broadcasting from the road attending everything Trop Rock from festivals to house concerts. Eric thanked the artists and event coordinators for taking a chance on a new small station. He also sent out a heartfelt thanks to Radio Trop Rock listeners who are dubbed “Assistant Program Directors” because Eric and Gina greatly care about listeners feedback.

When Eric and Gina returned to the podium to accept the award for Radio Show of the Year they talked about their amazing adventure. Thus far, they’ve traveled 30,000 miles to 23 states and 5 countries. They’ve been to 70 Parrot Head and Trop Rock events and have aired over 100 live broadcasts. That’s a lot miles and airwaves. Eric beamed “who knew you could win an award for having so much fun.” Holding on to their new trophies, they expressed that the real “award” was making thousands of friends along the way. 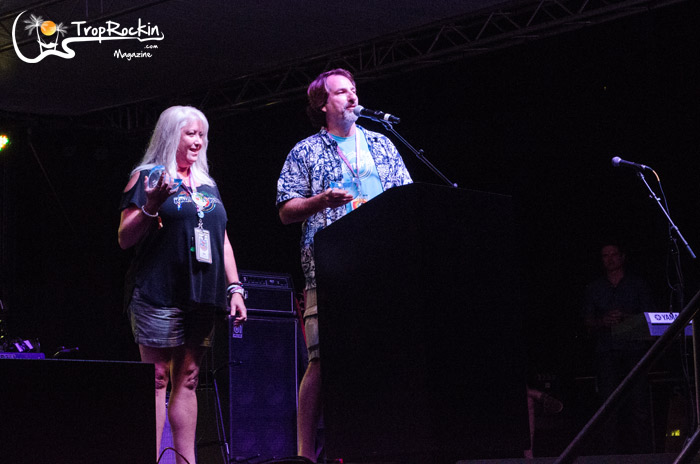 Jesse Rice is the Horizon Winner

The Horizon award went to the exceptionally talented singer/songwriter Jesse Rice. It’s hard to think of Jesse as an “up and comer” because he’s been a star for years. Well established in the songwriting community, Jesse co-wrote the Florida Georgia Line hit “Cruise,” winning numerous awards.

Jesse’s first album Pirate Sessions 1 & 2 was released over 5 years ago and it’s always been one of my favorites. Luckily for the Trop Rock community, Jesse released a new CD in 2017 (here’s a great interview about the new Pirate Sessions 3 CD) and began touring in the Trop Rock circle. For many genre fans, this was their first time hearing his music.

Jesse, always so humble, eloquently expressed his appreciation for being so well received by the fans and artists into the Trop Rock world where he can follow his musical passions. 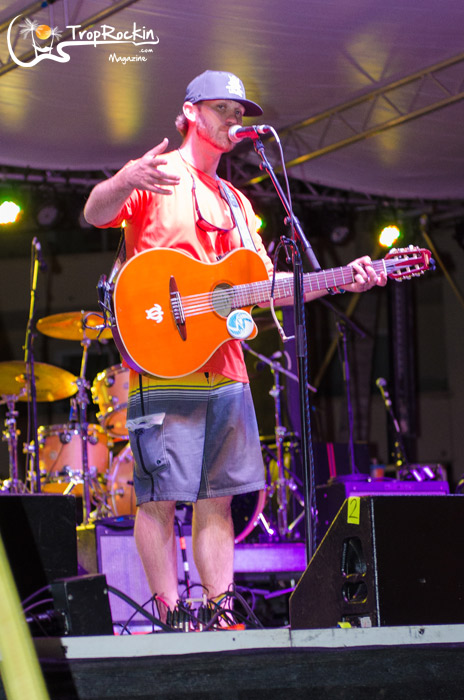 Earl and Pam are best known for their popular establishments in New Orleans, most notably the Tropical Isle (read about how Tropical Isle and their world famous Hand Grenade drink came about)

Earl and Pam were hiring Trop Rock musicians well before it was called Trop Rock. When Jerry Diaz planned the first Meeting of the Minds (MOTM) Parrot Head convention, it was Pam and Earl who opened their establishment, giving like minded music fans a place to gather. Once MOTM outgrew the New Orleans venue and moved to Key West, Earl and Pam have continued supporting the Trop Rock genre and are the hub for Pardi Gras, the annual Trop Rock music festival hosted by Jerry and Mary Diaz. 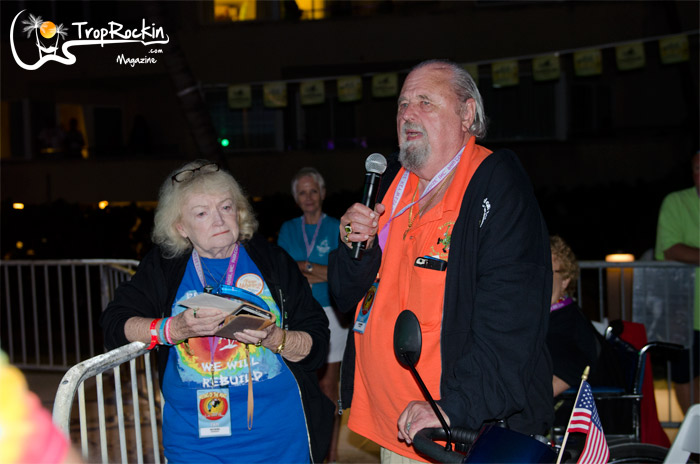 Music on the Bay – Event of the Year

Once again, Music on the Bay (MOTB) wins the award for Event of the Year. A well deserved honor, this makes 5 years in a row that TRMA members have voted MOTB into the top spot. Several of the amazing folks behind this event were on hand to accept this award.

Dorothy Bedlin, Tampa Bay Parrot Head Club President, gave a quick acceptance through tears of joy, thanking all involved. Bill Connolly, the Chief Officer of Parties & Events for the Tampa Bay PHC and a key organizer of Music on the Bay, went on to talk more about the impact of this event in raising money for the Shriners Hospitals for Children. In 2017, MOTB raised $52,000, making their 6 year event total come to $212,000 for Shirners (see our recap + picts of the all the fun at this award winning event).

MOTB keeps evolving and now includes two pre-party events. The main event is hosted on the perfect slice of private beach with a huge Tiki Bar and over 25 acts are scheduled to fill the two stages this March. It looks like they have their sights on winning Event of the Year in 2018. 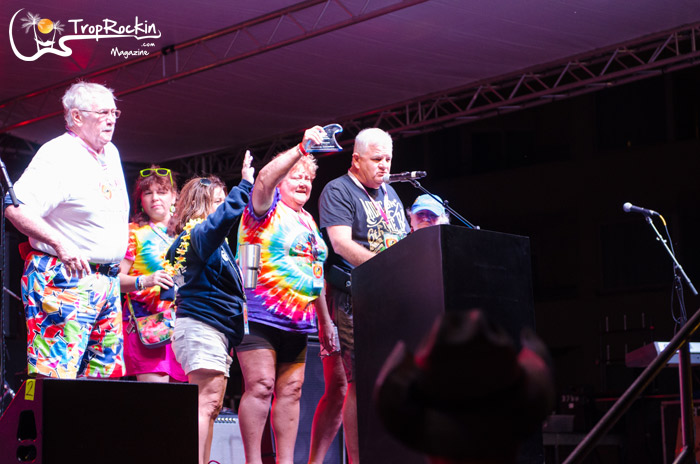 Throughout the entire Parrot Head week, fundraising efforts around Key West focused on the “Keys Strong” theme. So many moments were about helping the Florida Keys recover from hurricane Irma and this catch phrase has morphed into a positive mantra with people creating stickers, decals, a charity organization and one Trop Rock singer writing a song. Cory Young penned his song just after the hurricane devastated his home town, the Florida Keys. A fitting end to the show, Cory led a group of Trop Rock artists in performing his song “Keys Strong.”

Enjoy the slide show below then head over to the Trop Rock Music Association for the full list of 2017 award winners.