The last time I had an interview with Matt Hoggatt, he had just released “Workaholic in Recovery” and I was asking about a few of the songs. I asked about the song “Ballad of Buck Reilly”….who was this Buck Reilly character?

Matt told me he was the fictional hero of a great author named John Cunningham and I decided then to start reading his books. A few months ago, I was able to sit down with John and his wife in Key West and chat. 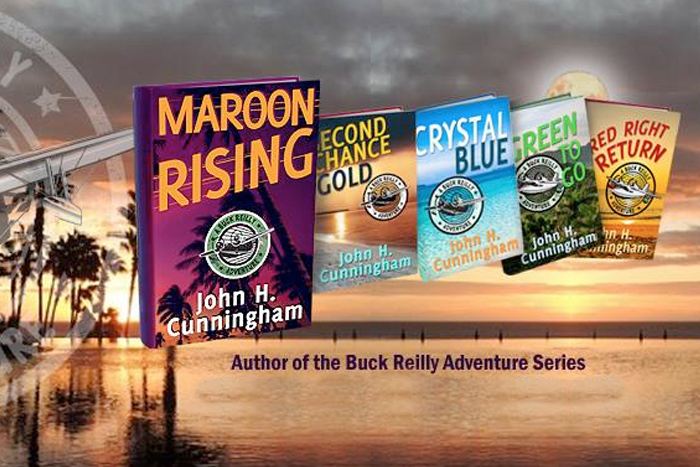 John told me that he lives and works in New York and Virginia and that he is a former editor of a photography magazine. He got into real estate and also got into the old John McDonald novels.

If you know your Buffett music, you know that John McDonald is mentioned in some of Jimmy’s lyrics. Anyway, our John Cunningham began writing 25 years ago and was intrigued that McDonald’s books featured colors. 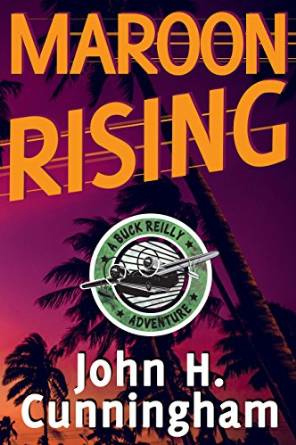 Building on that idea, John started using colors in the titles of his book series. The first book was “Red Right Return,” then came “Green To Go.” “Crystal Blue” was followed by “Second Chance Gold,” and John’s newest is “Maroon Rising.” Even better, the settings for the books area in tropical locales…. Key West, St. Bart’s, Jamaica, and other islands.

So back to the Trop Rock connection. John told me he first saw Buffett in 1977, when he opened for the Eagles. In “Crystal Blue,” Matt Hoggatt and Thom Shepherd are performing on a stage together. Thom told me that he had only one line in the book and let John know he’d like him he’d love to have a bigger role in a future book.

John complied, and since the character of Buck Reilly is a seaplane pilot, Thom’s character (well, actually, Thom!) hires Buck to fly him to Jamaica to cut a new record in “Maroon Rising.” Adventure ensues when the plane is fired upon (somehow, that sounds familiar!), and we’ll have to read the book to find out what happens! 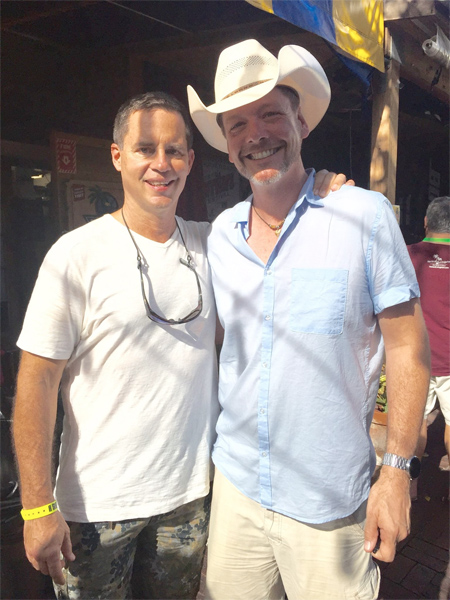 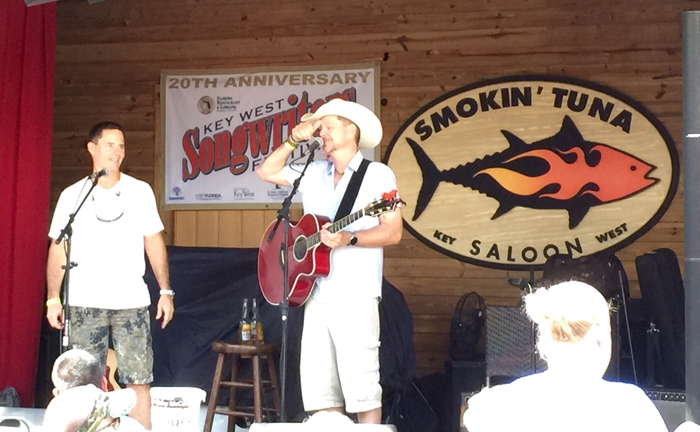 John and Thom on stage together in Key West

John wrote the lyrics to the song that accompanies “Maroon Rising,” and sent them on to Thom Shepherd. Thom told me that he only changed two lines of the song, added the melody and wrote the ending of the song, so John did a great job as a lyricist, also.

So now there is another Buck Reilly-themed Trop Rock song called “Rum Punch.” What a great idea to incorporate some fabulous Trop Rock music into an adventure series!

Love the song? Play it all weekend, just download it from Amazon or iTunes!

John’s Buck Reilly series can be purchased on Amazon and is available on Kindle. You can also purchase John’s books from his website – John Cunningham. I know adventure readers will love this series and with the Trop Rock connection? John has a winning combination, for sure! 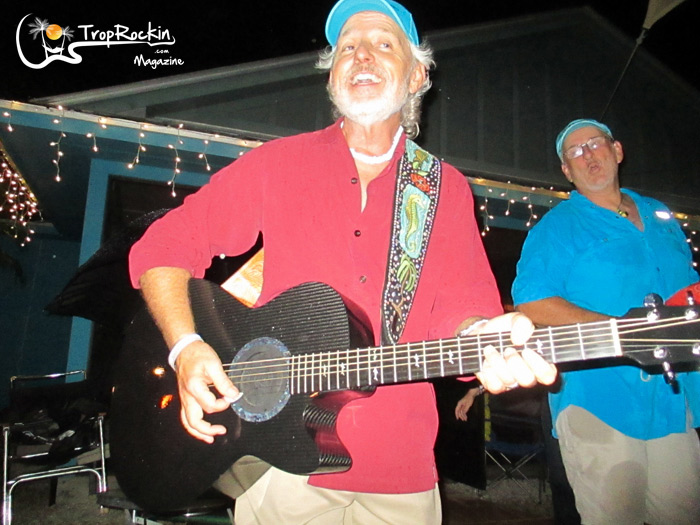 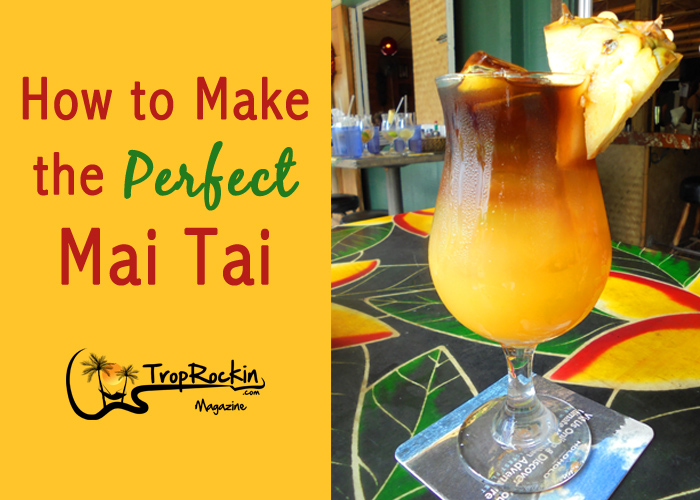